Keep Your Food Safe In Emergency 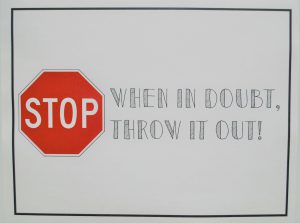 Millions of people a year are affected by foodborne illnesses as a result of poor food handling and improper food safety practices. During an emergency, people are at an even higher risk of foodborne illness due to deteriorated physical and environmental conditions.

When preparing for an emergency such as a hurricane, it is important to follow a few simple rules to help ensure the safety of food and water supplies. One of the most important things to remember is that emergency food supplies should consist primarily of non-perishable foods. Power may be lost during an emergency and proper refrigeration may not be available.

If possible, store food in watertight containers. Bulk items can be stored in large plastic totes with tight-fitting lids for added protection. If the power goes out, keep your refrigerator and freezer doors closed as much as possible. If left sealed, food in the refrigerator will stay safely cold for about 4 hours. A full freezer will hold the temperature for about 48 hours, a half-full one for about 24 hours.

Fill plastic zipper bags and other containers with water and freeze it prior to the storm. The ice will not only help keep food colder longer but can also be used for drinking, food preparation, and sanitation when it melts.

Keep an appliance thermometer in both the refrigerator and freezer. If either reading is above 41 degrees F, discard all items. Foods that are still frozen in the center can be safely refrozen. However, just because something feels cool to the touch does not mean it is safe. Never taste a food to test its safety. When in doubt, throw it out.

Canned foods that have been contaminated by flood waters can be salvaged as long as the cans are free from rust, dents, or other damage. Remove the labels since these can harbor dirt and bacteria. Wash the cans with soap and the hottest water available. Boxed or bagged foods should be discarded if they have come in contact with flood waters.

Commercially bottled water is safe for two years when left unopened. Home-bottled water should be replaced after six months. If bottled water has come in contact with flood waters, it should not be used for drinking or cooking.

During or after a storm, do not use municipal or well water for drinking or cooking until it has been made safe. Follow all boil water notices carefully. If boiling is not possible, 8 drops (1/8 teaspoon) of unscented household bleach are enough to safely disinfect a gallon of water. Municipal or well water may be used to flush toilets without needing to be boiled or chemically treated.

When an emergency occurs, there are so many things to worry about. By taking a few precautions and following a few simple rules, the safety of food and water should not be one of them.

For more information about food safety during a hurricane or other emergency, please call Samantha Kennedy at the UF/IFAS Wakulla County Extension office at (850) 926-3931.