Insects may play a significant role in food security as the world’s population continues to grow as does the need for food. Eating insects is a hot topic and is beyond eating “ants- on- a -log” made with raisins, celery and peanut butter. We may need new food sources and food alternatives to sustain the planet in years to come. Eating insects may help solve future global food security challenges. 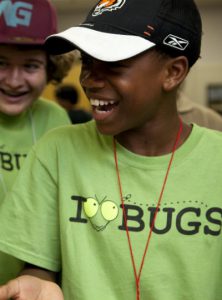 There are cultural, nutritional, culinary and commercial aspects surrounding the concept of edible insects.

• Cultural-Food is deeply rooted into culture and some cultures view eating bugs as taboo and it is a norm for other cultures. It is estimated that billions of people around the world do consume insects as part of a traditional diet.

• Nutritional-From a nutritional standpoint insect are generally high in protein and micronutrients such as iron, zinc, calcium, B12, magnesium and omega fatty acids. (Rumpoid & Shluter, 2013). Eating insects would broaden the food source of protein for humans. 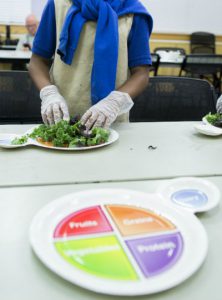 • Culinary-Insects as human food? How would you like to see insect containing menu items at your local restaurant? On grocery store shelves? This may become commonplace in our future and some chefs are considering and/or offering the options.

• Commercial -Food entrepreneurs have created businesses to address the market for insect-fortified foods and products as a sustainable food option. Edible insects can be purchased now on the internet.

What is entomophagy?
Entomophagy is the practice of eating insects, especially by people. The eggs, larvae, pupae, and adults of certain insects have been eaten by humans from early times to the present day. 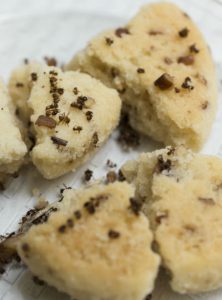 According to William Kern, UF/IFAS Extension, FLREC, “Farmed house crickets and yellow mealworm larvae are often an acceptable introduction to eating insects when sautéed in vegetable oil. Most large or abundant insects have been added to human diets such as Witchetty grubs (wood-boring moth larvae) in Australia, giant water bugs from rice paddies in southeast Asia, mound-building termite swarmer’s that can be collect by the pound on certain nights, and honey-pot ants from desert regions of Africa, Australia, and North America. Large numbers of honeybee larvae are often a by-product of honey hunting and are a favorite protein source where any of the nine species of honey bees in Eurasia and Africa are harvested”.

These muffins are packed with protein and nutrients and taste delicious!
(Makes approximately 12 muffins)

3. Add the water, milk, canola oil, vanilla and eggs and gently mix until all ingredients are added and mixed thoroughly.

6. Once finished cooking, remove the Cinnamon Cricket Flour muffins from the oven and let stand for 10-15minutes.

7. Using two separate bowls, mix one with more cinnamon and sugar. In the other, heat and melt butter in the microwave. Take each muffin and dip the muffin top first in the butter, and then swirl it in the cinnamon sugar mix.

Food safety
Insects are a novel and healthful food ingredient. As with any food preparation endeavor, food safety at home, needs to be a priority. The basics clean, separate, cook and chill, still apply.

Allergy alert
Consider this! Do not eat insects if you have an allergy to shellfish since bugs do have an exoskeleton.

Insects as the food of the future: Locusts, grasshoppers, crickets, silk moth pupae, and beetle and moth larvae
https://www.sciencedaily.com/releases/2014/06/140625101215.htm