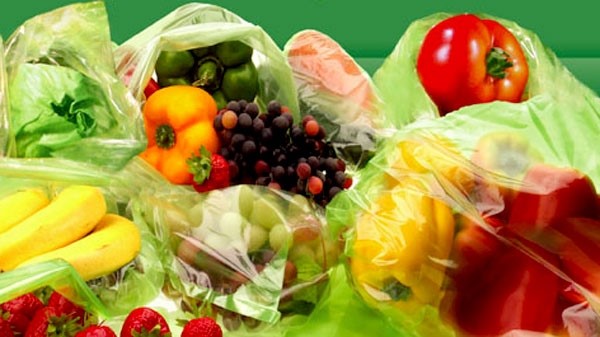 CAN GREEN BAGS REALLY KEEP YOUR FOOD FRESH FOR WEEKS?

Can ‘green bags’ really keep your food fresh for weeks?

Commercials boasting: “Our miracle green bags can keep your foods fresh for weeks!” “Made with all-natural minerals, our bags lock in the freshness using nanotechnology!” “With our containers, one week-old chicken salad tastes as fresh as the day it was bought.”

Week-old chicken salad? Is that even possible?

What are green bags and “fresh” containers? And do they live up to their promises?

A web search yields a mix of answers: some say they swear by the bags, others say they’re a waste of money.

Consumer Reports tested green bags a few years back and found they didn’t do what they claimed to do. They worked no better than plastic supermarket bags at keeping foods fresh longer. The only exception, they found, were bananas, which actually did seem to last longer in the bags.

Loong-Tak Lim, an associate professor in the Department of Food Science at the University of Guelph, says in theory, green bags and containers should make some foods last longer. They’re made with absorbent minerals or clay particles, which are known to absorb the ethylene gas that fruits and vegetables give off as they ripen.

He states that only certain foods would benefit. These foods are called “climacteric,” and include those fruits and vegetables that ripen after being picked. They include: bananas, avocados, cantaloupes, mangoes, peaches, pears, and tomatoes.

But that shelf extension would be a matter of only a few days, not the weeks and weeks suggested in some of the infomercials.

Other fruits that are not climacteric — such as grapes, berries, citrus, watermelon and most vegetables – likely would not benefit from a container made with ethylene-absorbing materials, since they don’t ripen after they’re picked, Lim says. For these foods, their biggest enemies are mold and moisture loss.

As for claims that green bags and containers can keep cooked foods, or breads and cheeses fresh, Lim says that’s a bit far-fetched.

“Cheese doesn’t release ethylene gas, so I’m not sure why cheese’s shelf life could be extended by these containers,” Lim notes.

And how about that chicken salad that can reportedly stay fresh for a week or more?

Not many food scientists would ever recommend eating week-old chicken salad. In fact, the longest that government health officials say such salads should be kept is three to five days. After that, you’re taking a chance with salmonella or something just as hazardous.

If you want to make your Thanksgiving leftovers last a long time in the refrigerator, the keys are temperature control and humidity control, Lim says.

“If you can maintain the temperature, the shelf life of foods can be quite good. It’s when they’re exposed to thermal abuse that you have breakdown,” he says.

So a container that is well-sealed to keep the air out is key. And for Lim, the best choice is glass in the refrigerator and extra-thick freezer bags in the freezer.

← COMMON MYTHS ABOUT FOOD SAFETY AT HOME
I would like to grow some bulbs inside the house then later put them out in the landscape. Which ones would you recommend? EB →