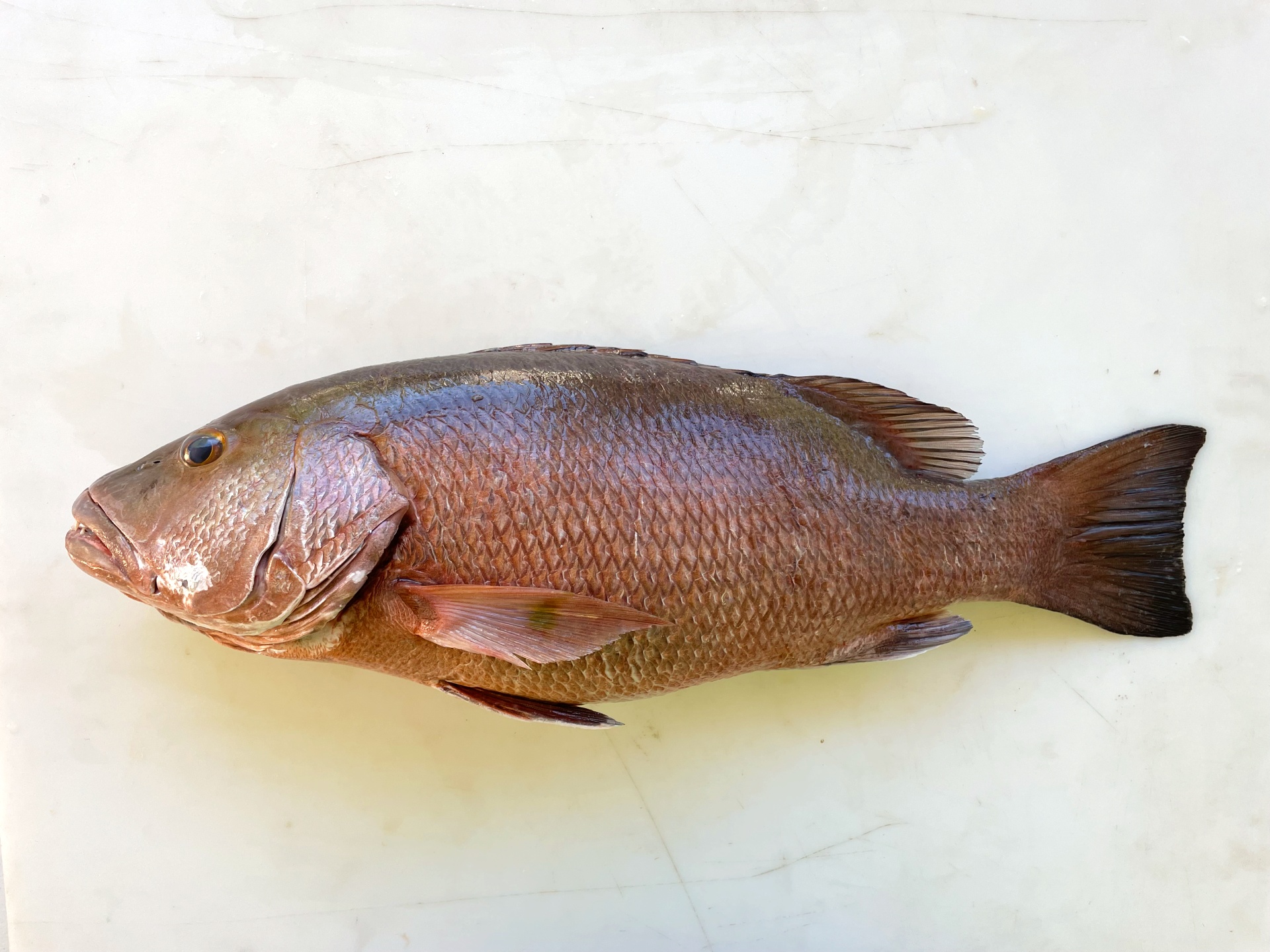 King of the Atlantic Snapper!

The largest of the Western Atlantic snapper species the cubera can reach lengths of over 5 feet and weigh of over 120 pounds! Its enormous adult size makes this species highly prized by game fishermen and commercial fisheries throughout the Caribbean and South Atlantic.

The scientific species name cyanopterus was inspired by the Greek cyano- meaning blue and -pterus meaning wing which correlates to the blue-ish pigment that can be present on the membranes of the fish’s fins and something to keep in mind for positive identification! There is also a Pacific Cubera snapper Lutjanus novemfasciatus found from the Sea of Cortez to Peru, this fish looks very similar but does not get as large as its Atlantic counterpart! 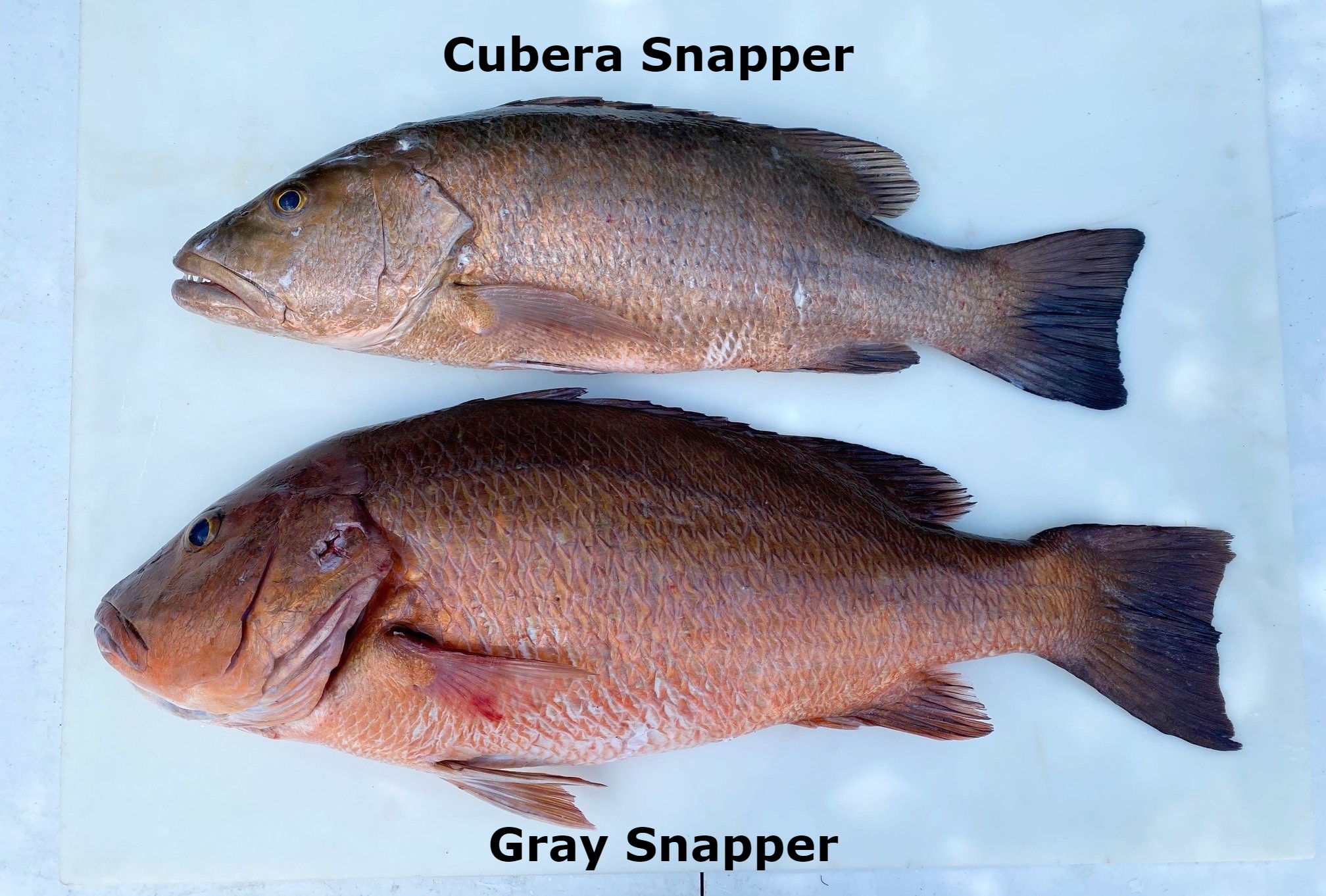 This species at a smaller size can be easily misidentified with its cousin the gray aka mangrove snapper (Lutjanus griseus) however if you’re unsure which similar looking snapper you may have and the fish in question is over 20 pounds, it’s more likely to be a juvenile cubera as the current world record for the gray snapper is 18 pounds 10 ounces. The surefire way to identify a cubera or gray snapper is to check the roof of the fish’s mouth! A few species of snapper have distinct vomerine tooth patch shapes, a small area of sandpaper-like teeth located on the top palate of the fish. Gray snapper have a distinctive arrow shaped patch with a long tail while the cubera snapper have a triangular shaped patch with no tail portion. 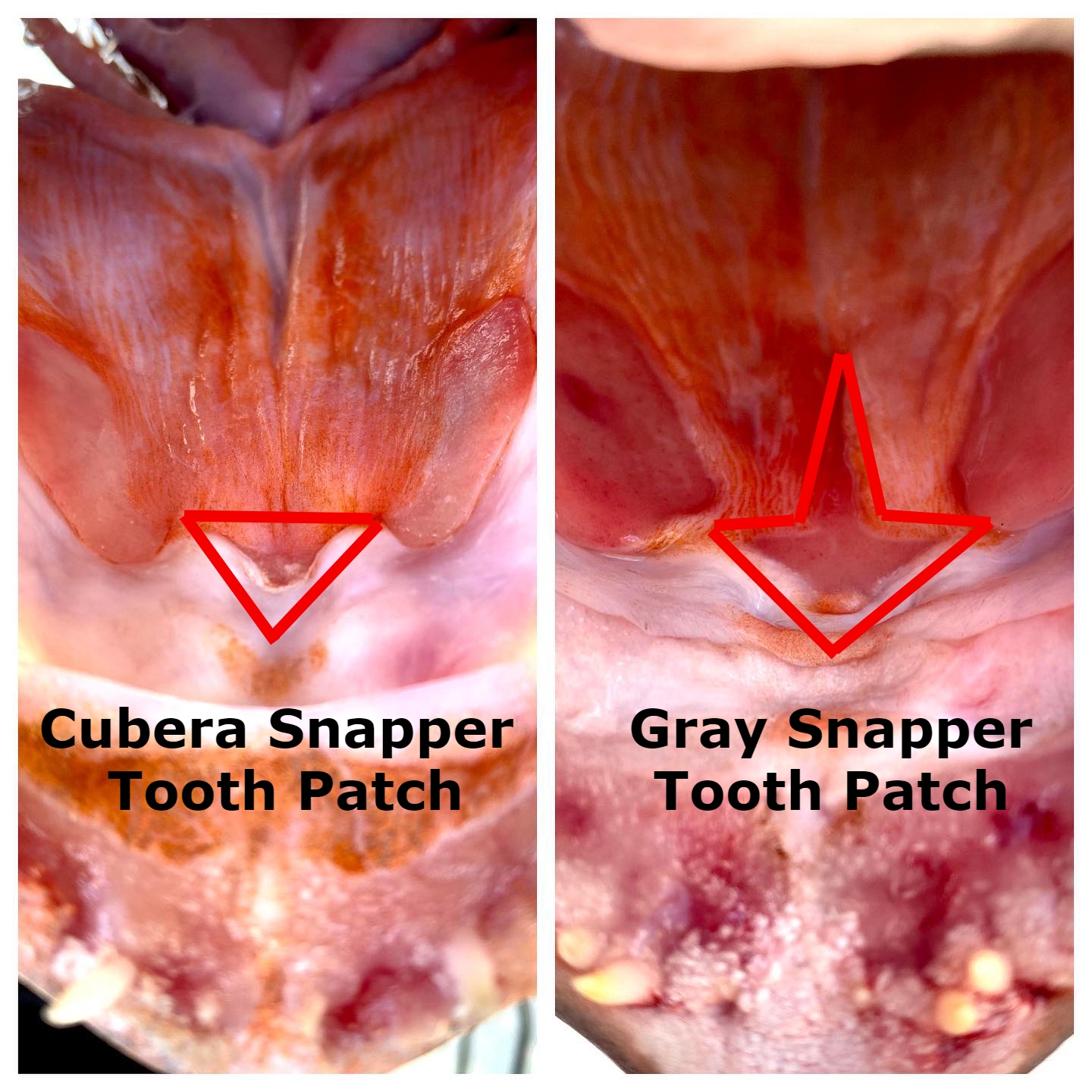 This method of ID may be difficult to conduct with live fish as they may be snapping their teeth so it’s great to familiarize yourself with some other characteristics of each species although less definitive. The gray snapper’s teeth are smaller but also closer together than the cubera’s larger spaced-out canines. 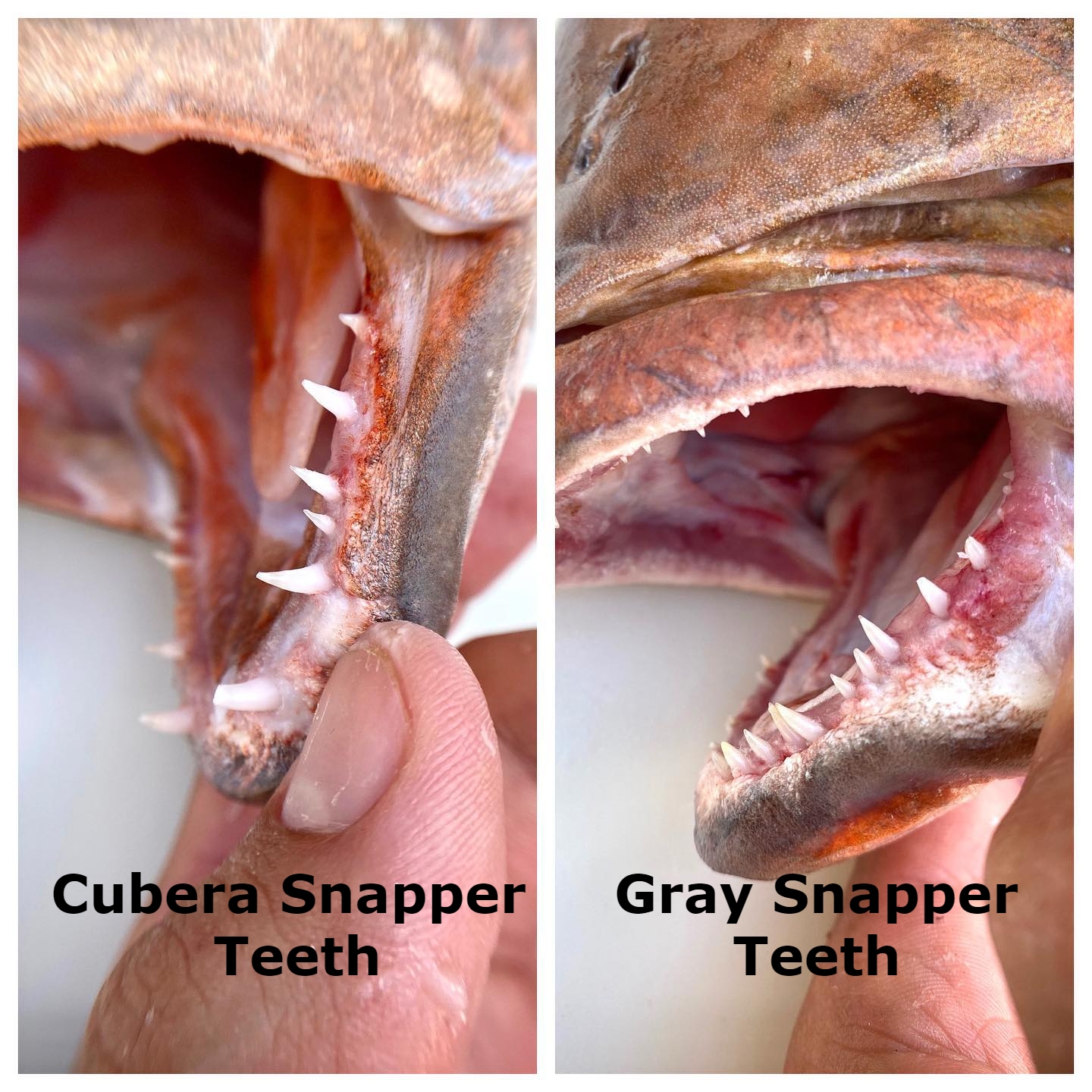 The cubera has more robust features in comparison to the gray snapper when observing their darker pigmented heavy-duty fins and the lip bone aka maxilla which is wider/thicker. 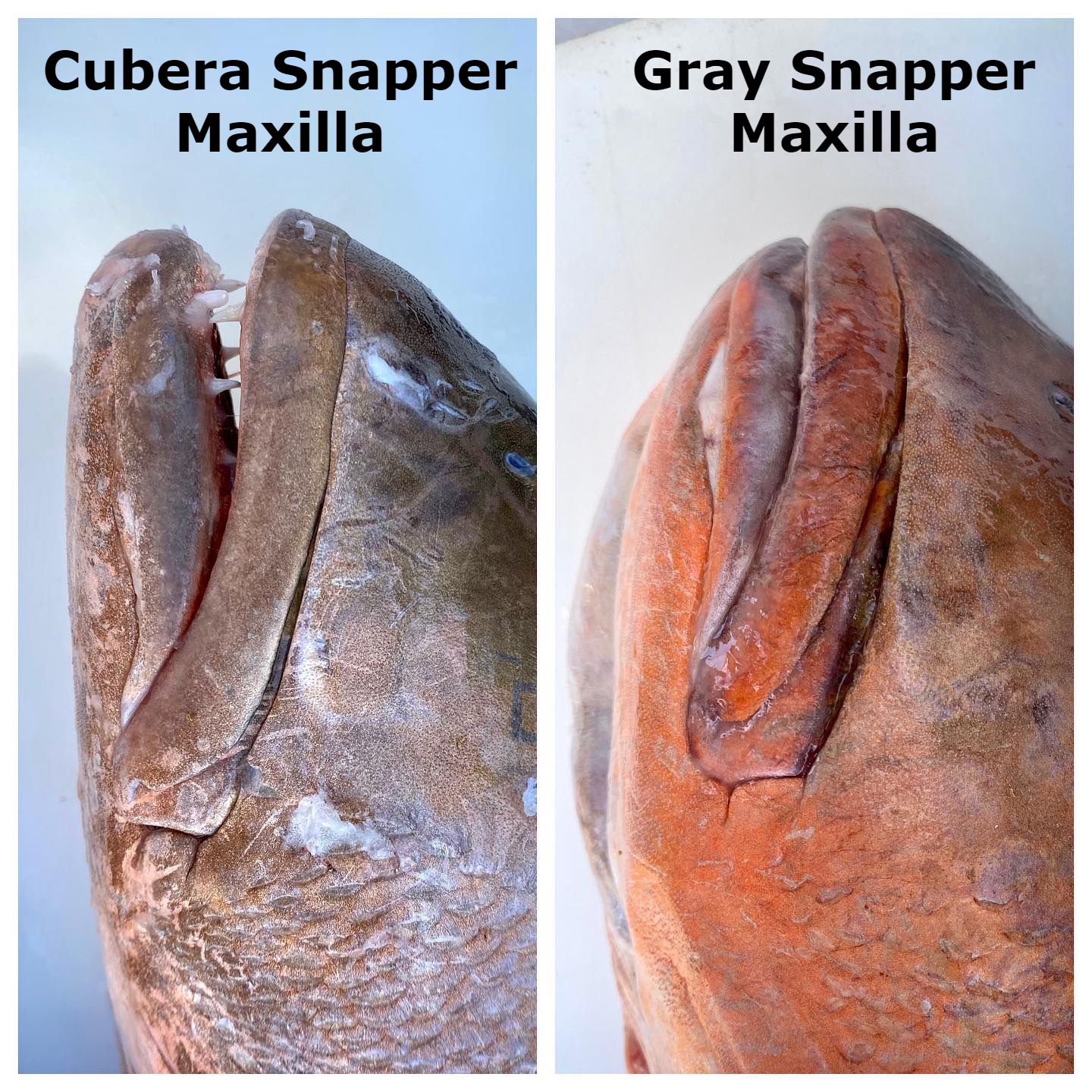 Because these snappers are similar in appearance at a small size, many regulations have the minimum size limit the same for both species however in Florida the cubera do have a max boat limit of 2 fish over 30” which gray snapper do not. 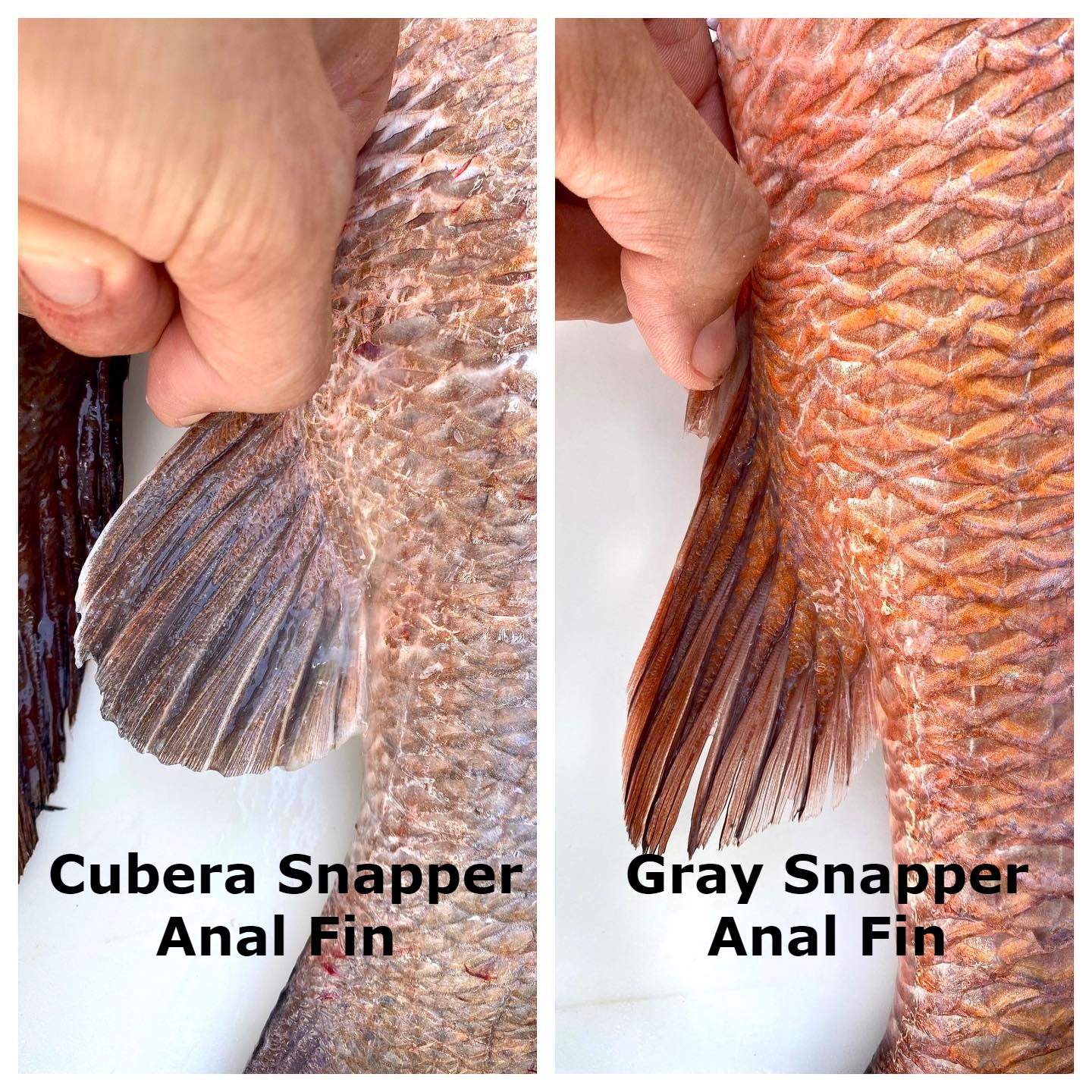 The cubera snapper has the typical distribution of many western Atlantic fish species which is from Massachusetts to Brazil however there was a positive report of a cubera in the Azores Islands off the coast of Portugal from a specimen harvested by spearfishermen in 2015. The cubera is more of a tropical species of snapper with many published papers and commercial landing reports originating from countries in the Caribbean and South America. This species can typically be spotted in depths from 2-200 feet with higher occurrences of inshore sightings taking place in more tropical regions. 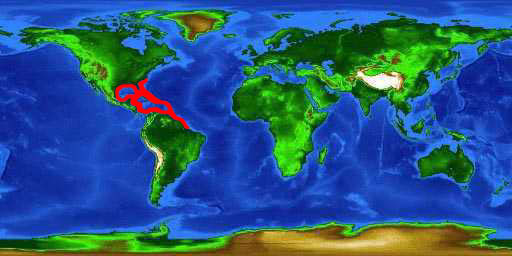 Juvenile cubera have an association with nearshore softer bottom estuarine habitats such as sea grass beds and mangrove roots but as they grow, they tend to migrate to their adult rocky reefs, ledges and wrecks. This species loves structure! The diet of the cubera snapper consists of fish and crustaceans. A favorite bait among anglers when targeting large fish on deeper structures are whole lobster which the cubera can make quick work of with its powerful jaws.

Cubera are a long-lived species with one 2017 paper aging a fish to 55 years old! This makes the cubera the second longest lived Lutjanid snapper in its range with first place awarded to the red snapper that has been aged to 57 years old in the Gulf of Mexico. This species is gonochoristic with no sexual dimorphism meaning cubera snapper have separate male and female sexes which exhibit little to no differences in external physical characteristics. This trait is typical with many snapper species however other popular reef fish like grouper or hogfish are hermaphdrotic and can often have morphological differences between sexes. 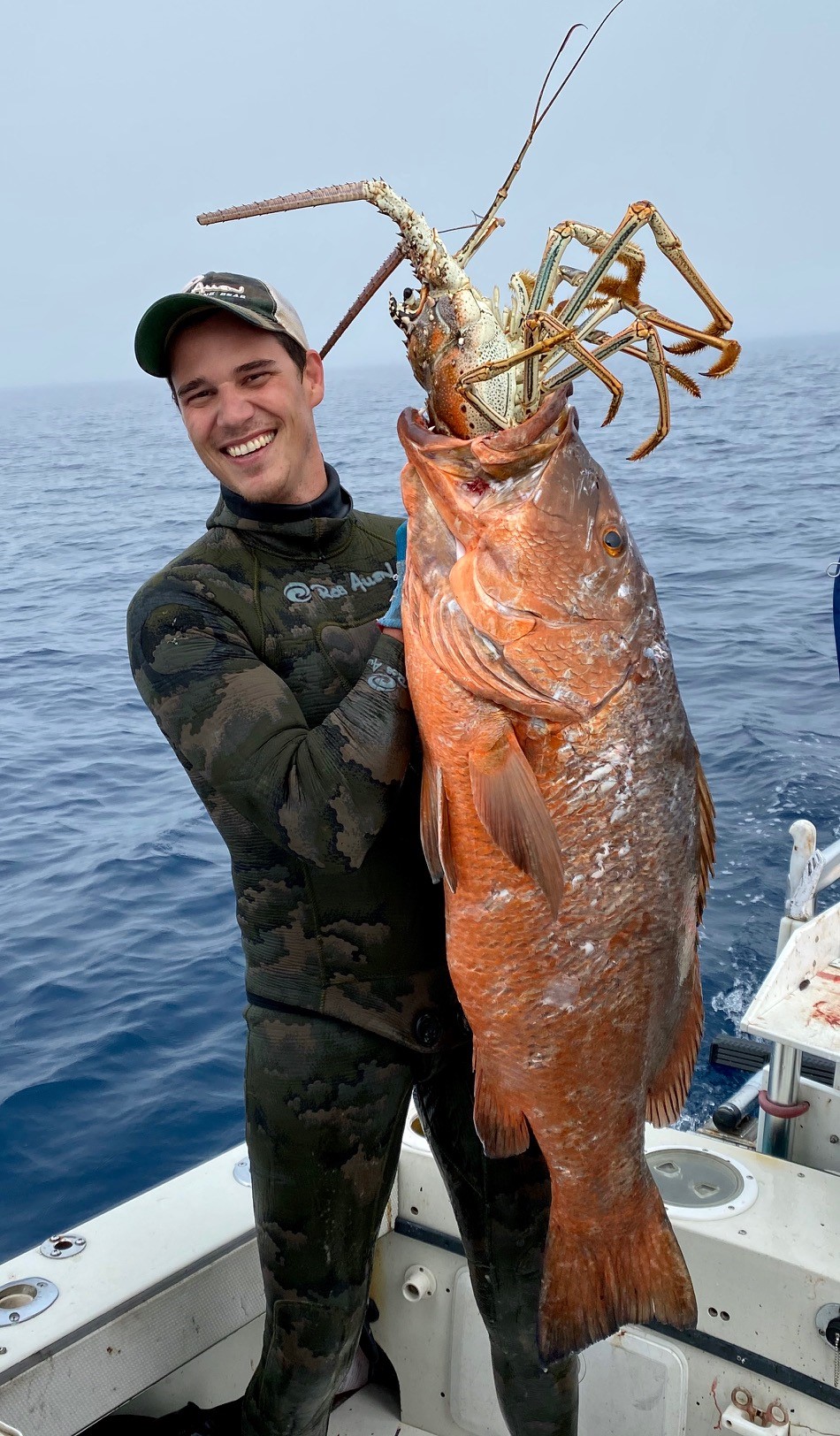 The exact calendar months which spawning occurs in this species can vary across cubera’s range but these fish reproduce during the late spring to late summer with peak activity in Florida occurring in June and July. The lunar cycle plays a role with spawning however peak spawning activity does not always occur with highest catch rates for a variety of hypothesized reasons. One thought is that full moon conditions can make fishing tackle more visible, deterring the bite of these nocturnal predators. Another hypothesis is that pre spawning female fish may have reduced feeding activity because of their gonads filled with eggs physically adding pressure on their digestive system. As a result, fisheries dependent catch data for spawning activity varies throughout the lunar cycle and between sexes. One 2016 published study of acoustically tagged cubera snapper in the US Virgin Islands recorded a high number of detections of fish visiting spawning sites a week before and a week after the full moon between the months of May-November. Spawning in cubera is cued by multiple factors including water temperature, time of day and lunar cycles with observations of spawning behavior occurring around sunset. Cubera are mostly a solitary species however during spawning season this species forms large aggregations dozens to hundreds of individuals near structures such as deep water shelves, reefs and wrecks. When spawning, small groups of 3-6 fish break off the larger aggregation, rise in the water column and descend back down releasing eggs and sperm. The buoyant eggs hatch within 24 hours and newly hatched larvae drift the water column for ~29 days before resembling a more familiar fish form and settling into their juvenile habitat. Cubera can become reproductive at 4-5 years old which correlates to 21.5 inches in total length. This species can grow rapidly for the first 12 years of their lives. In a 2017 publish paper of 106 aged fish the average size for a 5-year-old cubera was 27.7 inches; however, fish over 39 inches had variable ages of 11 to 55 years. This variability with size and age is common with longer lived large reef fish.

In term of sustainability cubera snapper populations are decreasing according to the International Union for Conservation of Nature (IUCN) making this species vulnerable to overharvesting. A major reason for this decrease is that anglers can predict when and where these large spawning aggregations occur and can capture large amounts of breeding fish at one time. 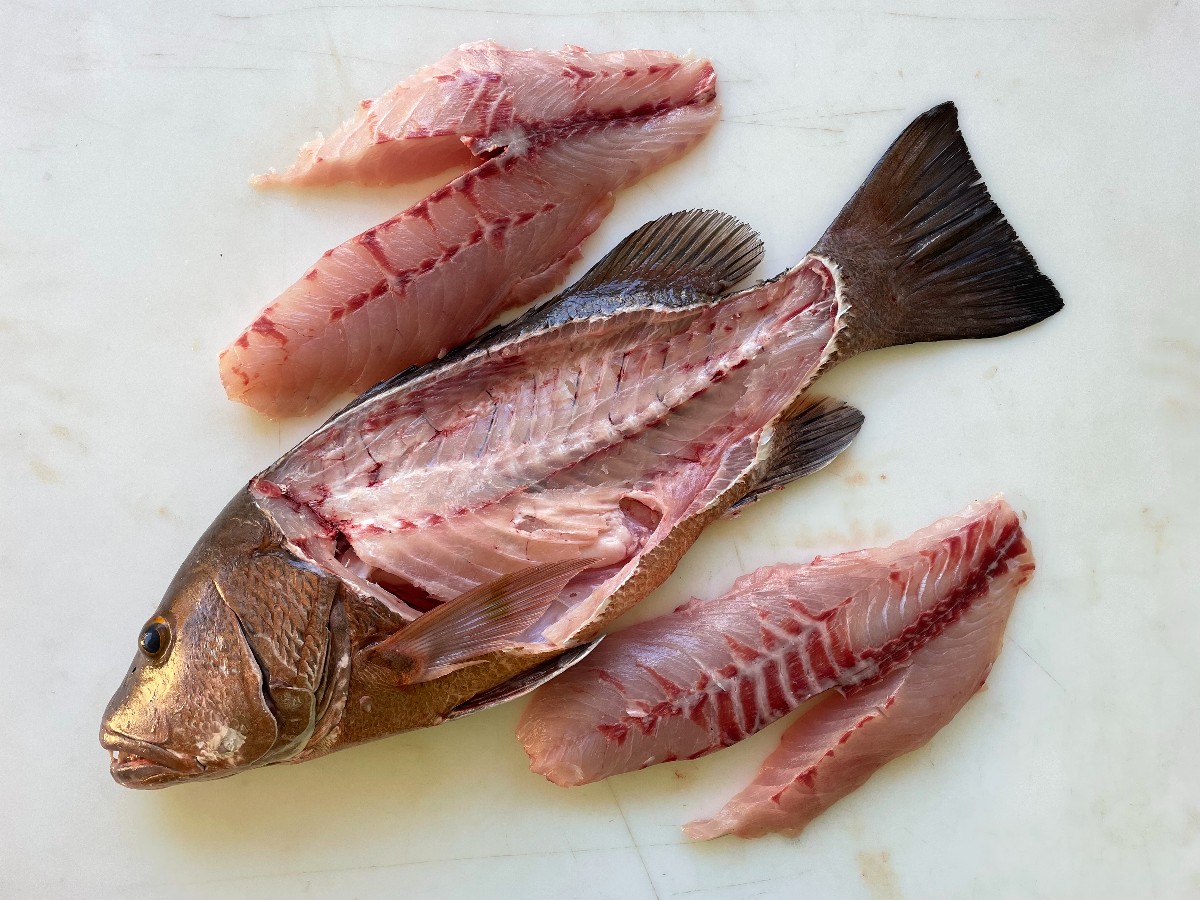 From my literature review, overharvesting of spawning aggregations was more common in the Caribbean and Brazil with recreational and commercial catch landings in the United States falling bellow the annual catch limit defined by management.

The cubera snapper is a large predatory reef fish and can be a carrier of ciguatera, a food poisoning caused from a bioaccumulation of toxins the dinoflagellate algae called Gambierdiscus toxicus produces. This algae grows on surfaces and substrates that the cubera snapper’s prey forages on and builds up in the prey’s tissue. As the cubera preys upon these critters the chances of the toxins bioaccumulating in the predator increases over time and concentrates in the liver and muscle of the fish. Older and often times larger fish have higher chances of this toxin being present. Symptoms resemble food poisoning but can be more neurologic and persistent. Cases of ciguatera are rare and often the seafood lover may have a case of food poisoning. I’ve eaten quite a few smaller cubera which have been delicious and haven’t had any issues so far but may give an angler an excuse to let the larger breeders go! 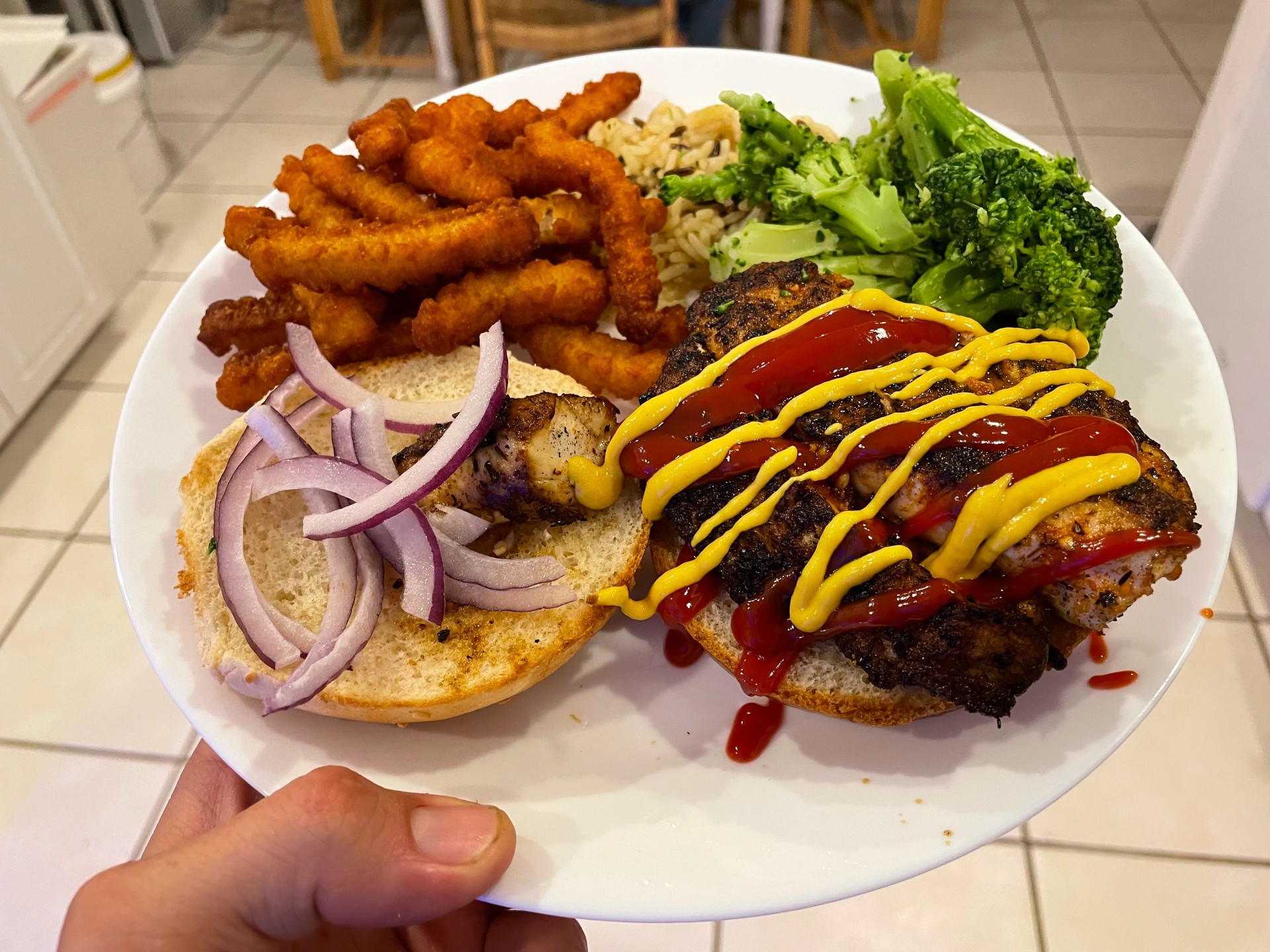 Cubera In the Azores