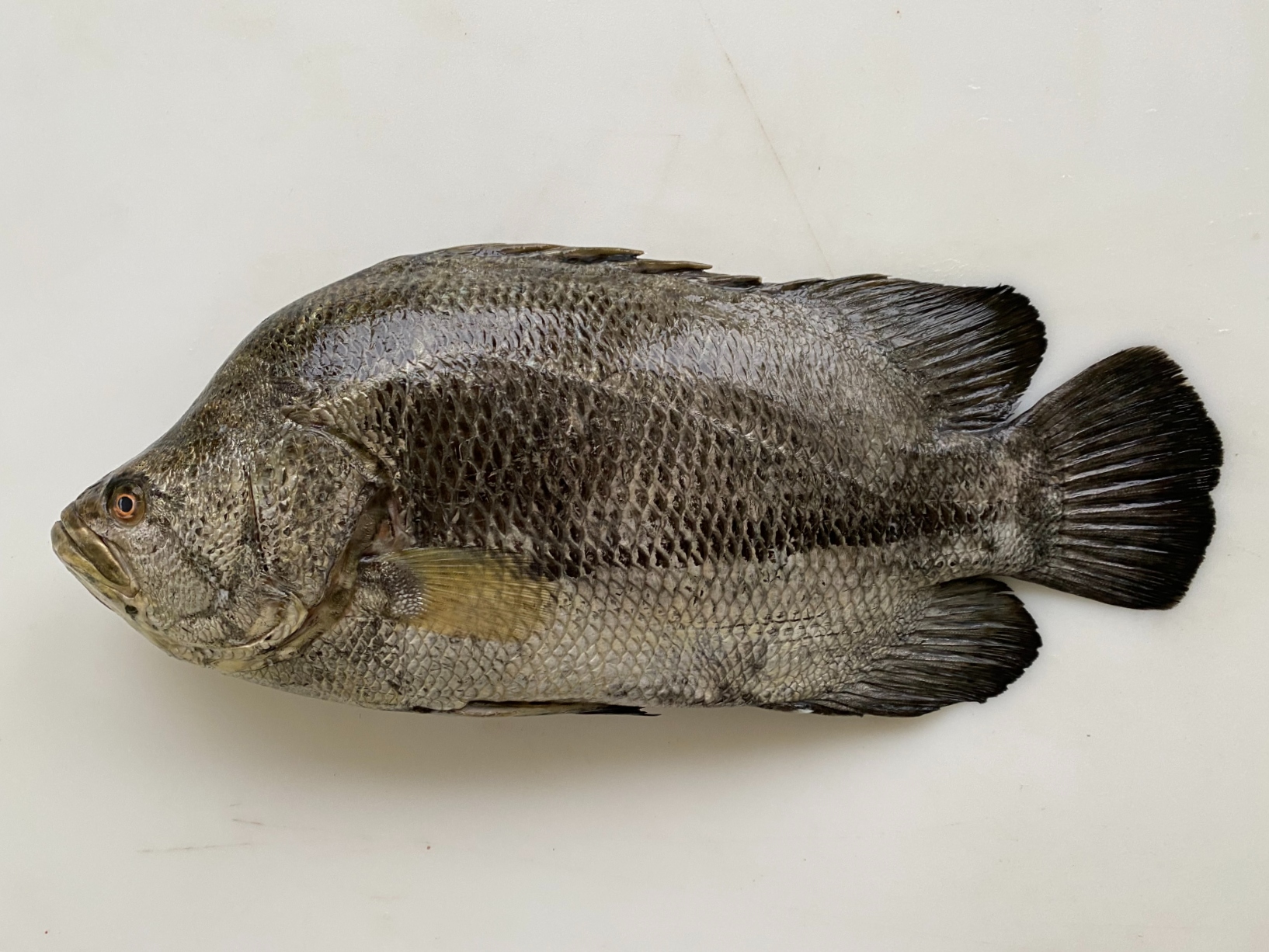 One of a kind

Tripletail a fish that’s delicious, super unique in appearance and puts up a great fight, what more can you ask for! This species belongs to the Lobotidae fish family which only has 2 members, the Atlantic and Pacific tripletail both of which look nearly identical. This family can be spotted worldwide more often in tropical and subtropical seas. Tripletail have been known to form groups but also are commonly observed alone from inshore bays and estuaries to circling floating offshore debris in thousands of feet of water. One thing is for certain, these fish have a strong association with structure and usually are targeted in my area (southwest Florida) during stone crab season (October-May) when there are plenty of buoys for them to hang out under! Other common names for tripletail include buoyfish and eddyfish because of their correlation to sea buoys, floating debris, pilings and docks.

Adult tripletail are hard to misidentify making it easy for angler to know what they’ve caught but as an interesting aside, the fresh/brackish fish family of Polycentridae native to South America have similar appearance and behavior. If you would like to see more of the Polycentridae family, otherwise known as leaf fish, check out these pictures (that was my inner fish and aquarium nerd poking out)!

Tripletail are a fast growing species with relativity short lives. This fish’s lifespan is estimated to be 5 – 10 years with the oldest tripletail aged by the Florida Fish and Wildlife Conservation Commission (FWC) being 7. Female tripletail reach sexual maturity at 1 – 2 years of age at approximately 17 – 19 inches in length while male tripletail mature at a smaller size of about 10 inches in total length. 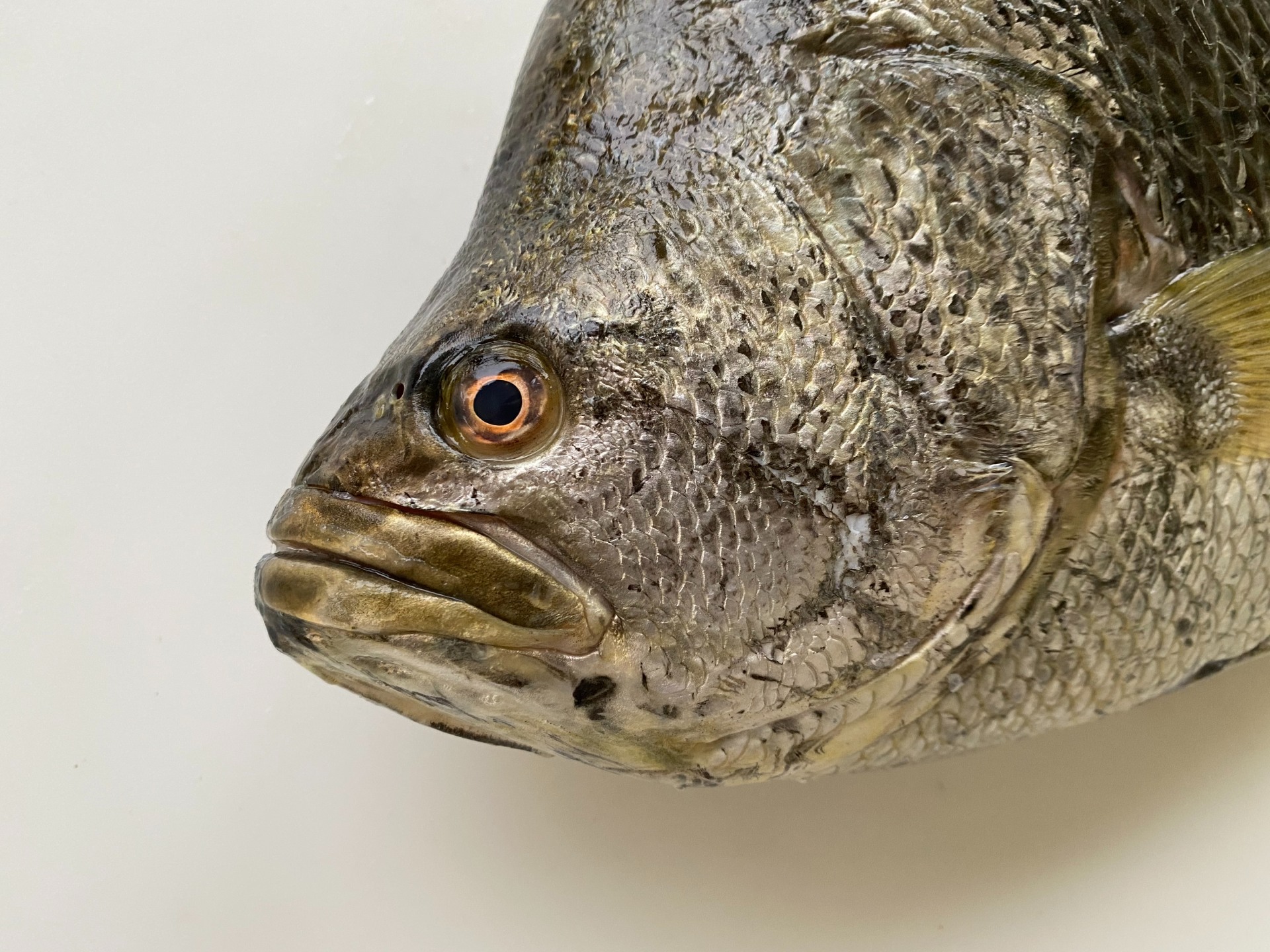 This species seem to spawn offshore over a few months in the summer with peak spawning activity happening in July. Female tripletail release their eggs in batches and can spawn every 3-5 days during season. A 24 inch female is estimated to produce 4.5 – 8 million eggs during a typical spawning season. Larval tripletail are known to grow fast and become more recognizable juveniles at ~0.35 inches (~9 mm).

Coloration of young tripletail varies with some young fish displaying a bright or mottled yellow pattern resembling a decaying leaf suspended near the surface. This yellow pattern can help young triple tail blend in with their offshore environment hanging out in golden sargassum weed patches or inshore hidden amongst fallen mangrove leaves. Adult tripletail are also the masters in camouflage and are often mistaken as debris themselves laying nearly motionless sideways near the water’s surface waiting for prey to swim by.

To find a tripletail keep an eye out offshore debris, buoys or the backside of bridge and dock pilings when sightings of this fish become more common near and offshore. In my area of southwest Florida, the best chance of coming across triple tail is during stone crab season when long lines of crab buoys are deployed and easy to cover a lot of prime tripletail habitat. Cruising by these buoys at a couple boat lengths away with a watchful eye often leads to success during the months of October-May. Having a boat with a tower or getting up high definitely helps spotting these fish that often lay motionless near the surface.

The diet of tripletail consists of small fish and invertebrates and my bait of choice is a large handpicked shrimp as they’re easy to pitch, sink and swim at a slow rate making them often irresistible to this species. Bait fish are also popular but may move away from the structure or dive which can get gobbled up by other fish like almaco jack who may also be seen circling the same floating offshore structures. Taking a pair of scissors to the bait and trimming up the tail fin is a tip that could make a nice Spanish sardine or pinfish easier to catch for this fish and out of the mouth of a non target fish. Tripletail may also readily accept lures and cut bait and when using natural baits regulations call for using non offset non stainless circle hooks which may also lead to better hookups as its often hard to know when this fish has taken the sinking bait until tension is put on the line. Spearing or snagging tripletail is prohibited however if you’re lucky enough to sneak up on one without it diving, I’ve heard of anglers catching motionless tripletail using a fish landing net.

Handle tripletail with care for the sake of the fish and your hands! These fish have some sharp projections off their preoperculum (notch before the “gill plate”) that are no joke and can leave a nasty cut!

Currently there’s little information available regarding the sustainability of the tripletail fishery. It’s difficult to study species that hangs around debris which moves in the current and tide and there aren’t many areas which this fish is abundant year-round. Tagging studies done by the University of Southern Mississippi that have revealed some seasonal North/South migrations in the Gulf of Mexico and East Coast of the United States. The International Union for Conservation of Nature (IUCN) listed the Atlantic tripletail as a species of least concern and noted their population as stable. There has even been interest on farming tripletail, check out this video regarding the current status of tripletail aquaculture.

More on the tagging study and how to participate https://gcrl.usm.edu/fisherie…/tag.and.release.program.php
https://www.floridamuseum.ufl.edu/…/lobotes-surinamensis/
or
https://gcrl.usm.edu/public/fish/tripletail.php
or
http://www.fao.org/3/y0770e/y0770e18.pdf
Cool age and growth paper
https://pdfs.semanticscholar.org/…/cf17b38a4028d6230d70…
Age and growth graduate thesis on tripletail near Jekyll Island https://getd.libs.uga.edu/pdfs/parr_russell_t_201112_ms.pdf
More Tripletail Shots!