September has traditionally been the beginning of harvest season. Many agricultural crops are reaching maturity and, depending on several environmental factors, are soon to be ready for gathering.

During the bygone era when the population was self-reliant and attuned to the seasonal changes, getting next year’s seed stock prepared was a critical activity. If next year’s planting material was not saved, then a crop failure and famine loomed.

While most people are several generations removed for the “good ol’ days” of harvesting their own seed, the native plants and weeds in the panhandle still operate under that system.

Late summer means many native annual plants are displaying seed which have grown to maturity, or close to it. Better knowledge of how plants, which live only a year, function throughout their lifecycle has led to understanding the ingenious ways they continue their species next spring.

Most plants identified as wildflowers are going to seed by now. The dying foliage still has a valuable part to play in both the curing and distribution of the seed as they prepare for next year’s colorful show. 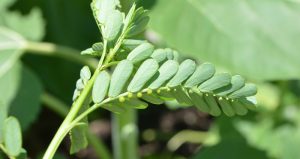 Most wildflower seeds are distributed by wind, birds and animals. The seed heads or pods are easily shattered when the seed is mature and are readily scattered.

Spanish needles employ two barbed prongs which attach the seed to unsuspecting passersby. After a period of travel the seed are brushed or scratched off and colonize a new plot where it may be considered a beneficial plant or invading weed.

Bidens alba, the scientific name literally means two teeth in Latin. The plant which has prolific white and yellow blooms is important to sustaining Monarch butterflies, European honeybees and many lesser known polinators.

Partridge peas, another common native plant with a small yellow blossom, produce a flat seed pod. These pods split and seed are disbursed by animals and the elements.

Late autumn or early winter mowing on rights-of-ways and pastures is critically important to the continuation of many wildflowers. Timing mowing cycles to flowering and seed set is the optimal method to ensure establishment of a planting is sustainable over the long term.

Avoid mowing when desirable plants are flowering and seeds are still curing in September. Seeds need a minimum of a month to be ready after an individual flower has bloomed.

Now is also the time to for homeowners who want to reduce the presence of weedy annuals next spring to act. Collect and dispose of as many maturing weed seed as possible, and eliminate the possibility they will sprout next spring in the wrong place.

Spraying weeds loaded with seed in September may kill the weeds, but will not injure the seed. In many cases it will speed the drying and distribution of the problem species.

Chamberbitter, sandspurs, crotalaria and many more on this list of undesirables currently have next year’s infestations ripening now and ready for removal by diligent gardeners.

The seedy activity in September leads to a much cleaner landscape in spring. A little clipping now will eliminate a lot of pulling later. 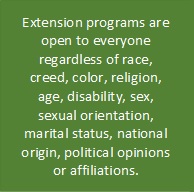