Calling all peanut butter lovers! What is it about the savory snack that keeps us smacking for more?

If you are working in landscapes all day, consider making a peanut butter sandwich for your daily lunch for less than $1 per sandwich!

The peanutty flavor is yummy to most. More so, peanut butter is full of plant based protein with over 7 grams per 2 tablespoons! That is the same as about 2 ounces of meat. A couple tablespoons of peanut butter is just right for spreading over a slice of bread and pairs well with jelly! To keep things healthy and yummy, whole wheat bread, peanut butter, and fruit preserves make an excellent lunch time staple that will stick to your stomach.

Peanut butter can go from a healthy option to sugary addiction if you are not careful. For regular consumption of peanut butter, select options lower in sugar and be careful with how your pair. Marshmallow fluff, chocolate, and other additions make peanut butter more like a candy than a healthy staple, so avoid those sugary temptations to get the best of your PB&J every day!

Peanut butter is high in good fats and has a lot calories, so for you hard working folks, those calories will get burned while the protein will help to sustain your energy. Peanut butter is shelf stable, so it does not require refrigeration and can tag along on any adventure.

In fact, peanuts have been brought along on many adventures and explorations! Peanuts originated somewhere in the Neotropics in South America, and when the Spanish arrived, they took the peanuts on their voyages. Peanuts grew as well in the Old World Tropics as they did the in the New World, and African and Asian cultures began to integrate peanuts into their foods and farms. According to the National Peanut Board, Africans were the first to introduce peanuts to North America in the 1700s. At the time, the peanuts were mostly used as an oil crop as they were challenging to grow and harvest.

History and technology both played significant roles in the history of the humble peanut. During the Civil War, Union soldiers took a liking to the peanut, and when the peanut joined the circus in the 1800s, it became a hot commodity! That’s right, the boiled peanut was born and the popularity of the peanut progressed. Around 1900, peanut picking became more mechanized and just in time to replace cotton crops devastated by the boll weevil. Now, peanuts were a cultivated commodity.

Dr. George Washington Carver noted unique qualities of the peanut, a leguminous crop, capable of improving the nitrogen status of fields. Not only was the peanut a yummy snack, but now it was a critical piece of the crop rotation helping to provision nutrients to the crop systems and its consumers.

Today, peanuts are just as important as ever! In the US alone the crop is worth $1 billion and once it is smoothed into peanut butter it is worth over $2 billion. Americans eat over 6 pounds of peanuts in its various forms every year. Florida produces the second highest value of peanuts in the US behind Georgia, and peanuts are incredibly important to cropping systems at large! They are an integral part of crop rotation replenishing the soil’s vital nutrients for the crops that follow. 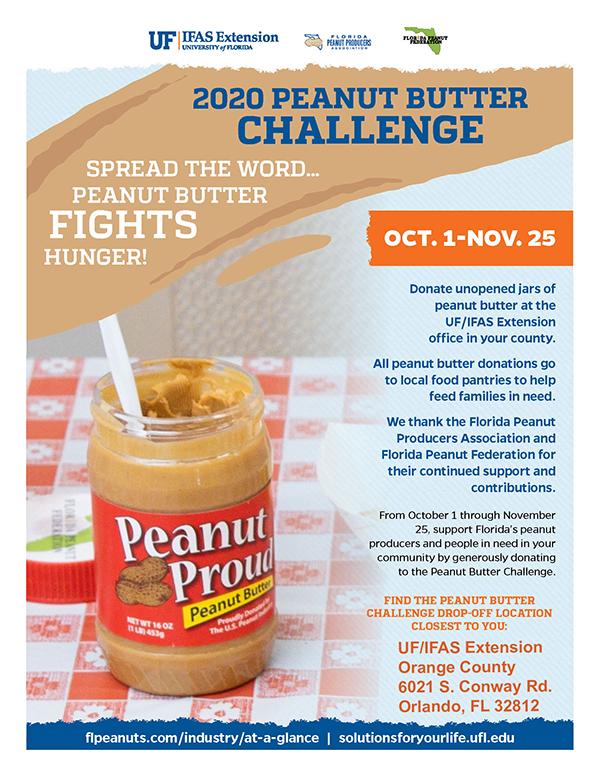 And remember to pack some peanut butter in your lunch to help fight your own hunger while minding your finances!

The peanut is a crazy cool plant! Learn more about the the plant in this video!