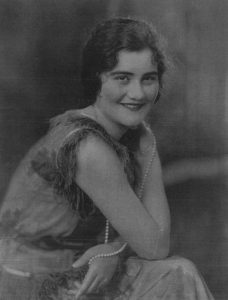 Lassie Goodbread-Black became the first woman to enroll full-time at the University of Florida in 1925, eventually earning a degree from the College of Agriculture. Later, she also earned a master’s degree in education from Emory University in Atlanta.

Living much of her life in her hometown of Lake City, she was dedicated to serving her community. In addition to managing her family farm, she worked as a Columbia County home demonstration agent and had a hand in establishing the Lake City recreation council and Lake City Garden Club.

Goodbread-Black was posthumously recognized as a Great Floridian in 2000, and her plaque resides at the Lake City Garden Club. The Goodbread-Black farm was also added to the National Register of Historic Places in 1999.

Kirsten is a public relations specialist at UF/IFAS Communications and a Louisiana native, so she's right at home in swampy Gainesville. You can contact her at kromaguera@ufl.edu.