Q and A: Can you identify this shrub? Stephen Brown answers | Lee County Extension 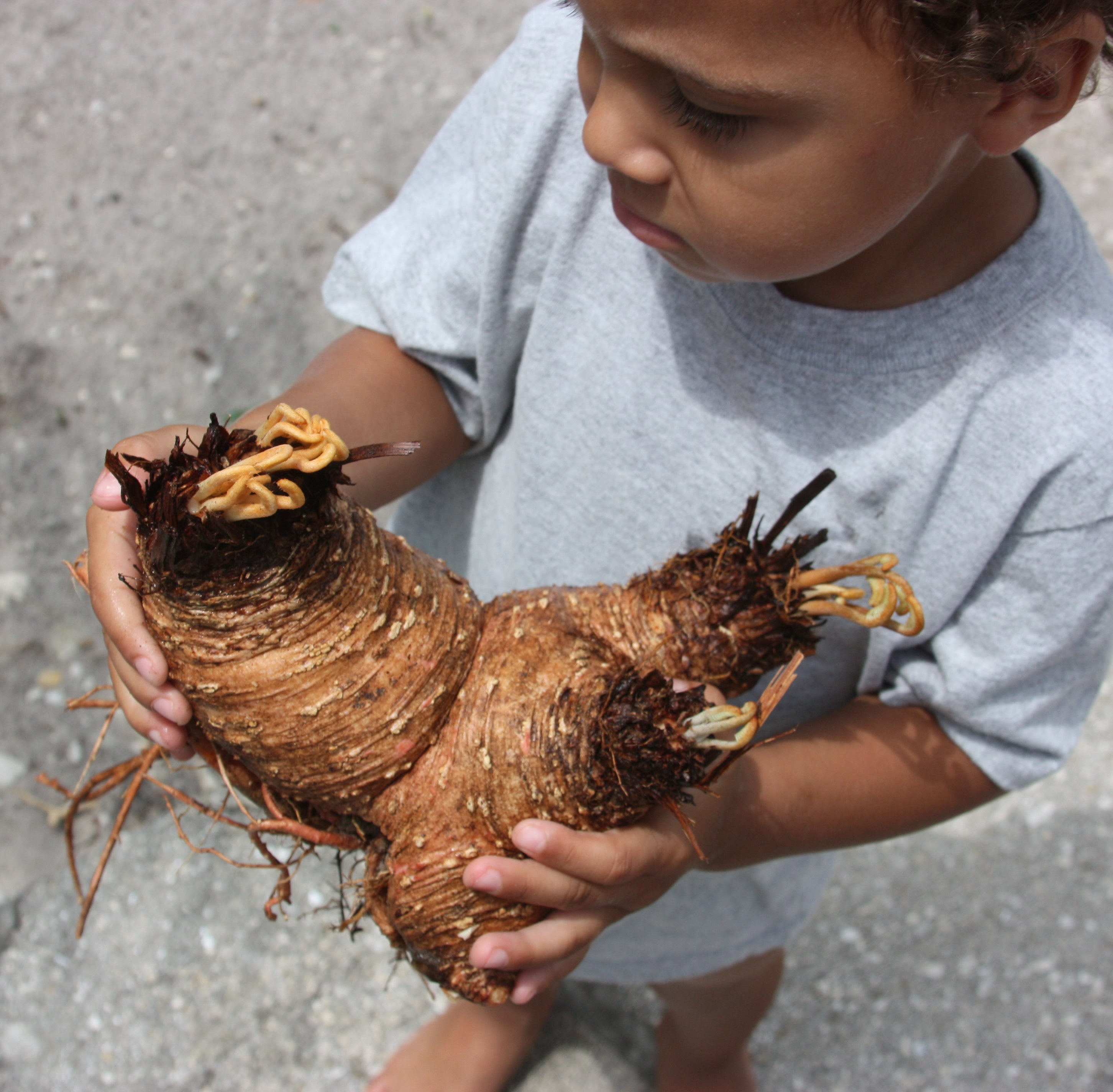 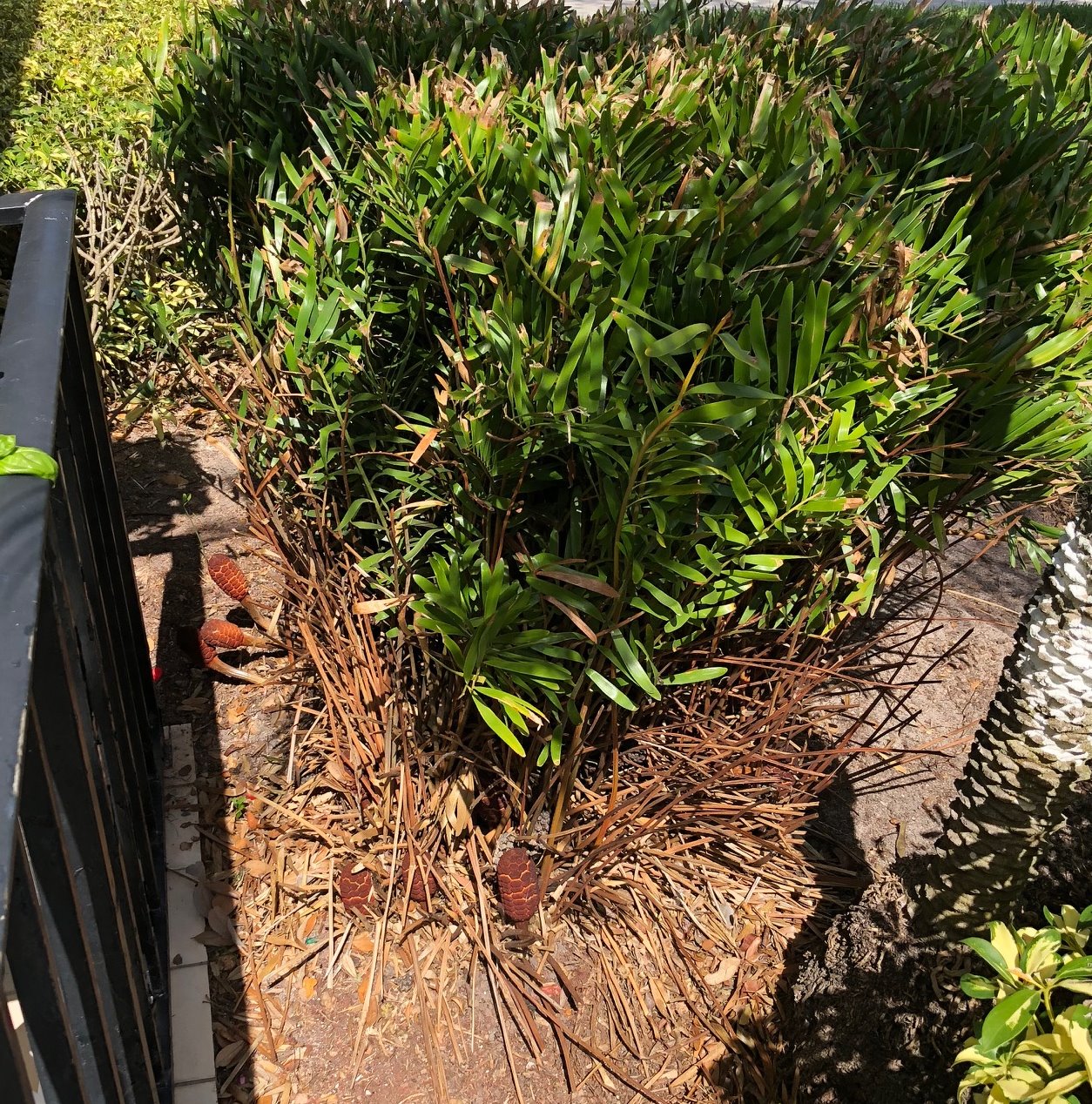 Question: I recently moved to a condo and inherited this shrub. It was severely neglected but had a nice wispy look and was about three feet tall overall. The new landscaper sheared off the top I guess to make it look uniform with the rest of the landscape. Can you identify it? One picture shows the side that was cleaned up. Note the fruit at the bottom. –Randall, Golden Gate

Answer: It is not a shrub but a cycad known as coontie, Zamia floridana. It’s a slow growing native plant used primarily as a groundcover. Coontie is dioecious with separate male and female plants. The plant pictured is a female as identified by the female cone at its base. Male plants do not produce seeds. Despite being pruned, the plant will continue to expand its underground mass known as a caudex. Pruning it does not prevent caudex development nor plant expansion. However, leaf pruning will temporarily stop the plant from encroaching against the building and interfering with other plants. This time next year, the plant will look as if it was not pruned and may even be slightly wider due to caudex expansion. Reducing the size of the plant will require digging out and removing some of the outer caudex with attached leaves. Removed portions of caudices can be replanted to form new plants. During an earlier time, an extended process was used to extract an edible product from the large caudex, giving the plant other common names such as arrowroot and Seminole bread. This is a protected species and it is illegal to collect these plants from the wild.

I am the horticulture extension agent in Lee County, southwest Florida. Contact me on most landscape issues including native plants, flowering trees, plant identification, and insect and disease problems. ...