I thought I would start blogging not only to share a little about my life but also to share ideas about the Science of Better Living. I hope to introduce you to some of the amazing work we are doing with youth, families and communities!

Go back a few months with me now…

I had landed in Dallas and gotten to my hotel on the day of the big eclipse. We didn’t have the best view, but with some handy sunglasses, we were still able to see it while enjoying our lunch. A few hours later, dinner — a nice meal, some good conversion, and then the phone rang … that call no son likes to receive. My mother had fallen and broken her hip, and was in the hospital. She was to have surgery the next day, a Tuesday. 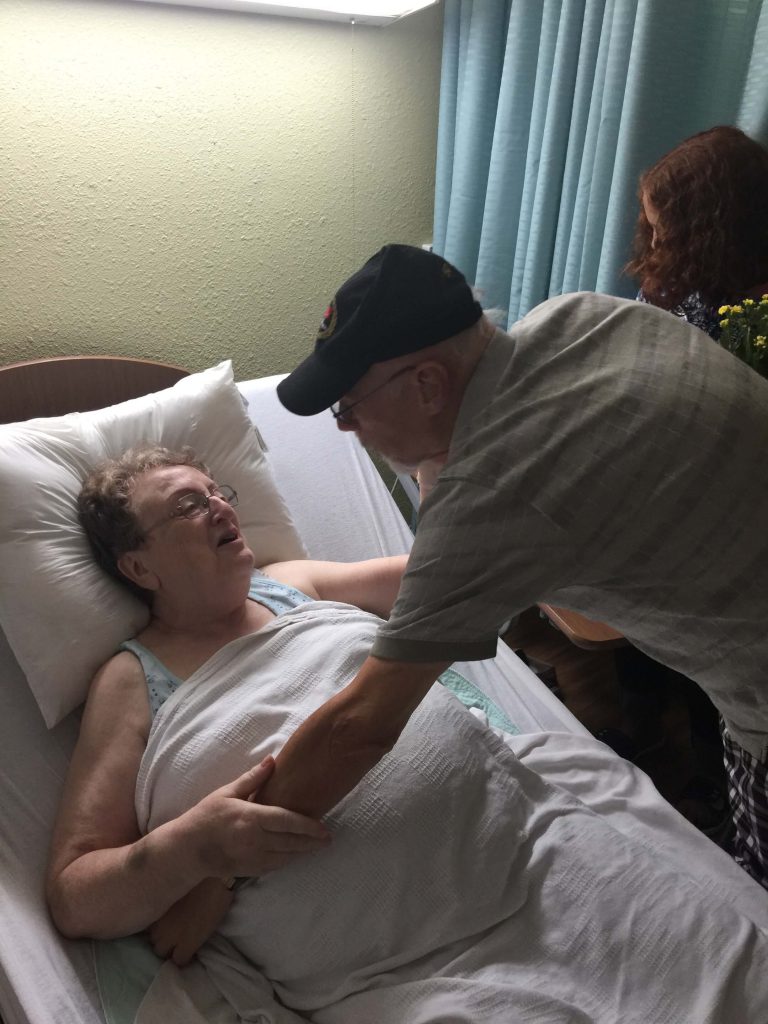 I was in shock. My father, who had been having problems of his own, was already scheduled to have surgery on Wednesday. Fortunately, my work was very understanding as I was heading home to tend to my family, who was in crisis mode.

My parents had been living with us for some time and had been helping with errands, cooking, etc. Now we would not have their help and have to help them more than we did previously.

But before that could begin, we encountered the new normal of healthcare: My father was held for observation following his surgery but never admitted. As a result, when it came time for him to leave, his insurance would not cover the stay at the rehabilitation facility, since he had an outpatient surgical procedure. We were confused — they told him to stay over and that he needed rehab, but because of a technicality, insurance wouldn’t cover it. He had just undergone surgery related to his stomach and was also struggling with walking because of a nerve condition in one of his feet and legs that was also tied to being diabetic.

The day he was to be released, I let them know I could not get there until the evening. My father was given his things and spent the day wheeling himself around the hospital, holding all of his possessions and paperwork in his lap, that same lap that had just been through a surgical procedure. When we picked him up, we saw a man who was disheveled, holding his possessions, and trying to wheel himself out the door. My child asked why no one was helping her grandfather; I was at a loss for words.

I say all of this not even to be judgmental of the system and certainly not the amazing medical faculty and staff. I say this because understanding one’s benefits and the different choices is a key aspect of health management and financial literacy.

I realized how little I knew about some of the complex challenges my father was facing with his health and his access to healthcare. One of the things I became concretely aware of was that having Type 2 diabetes would add to the recovery time; things may take longer to heal, I was told. There were a few complications for both of my parents. I felt awful — the surgery was bad enough, but that there would be added complications seemed like a lot…

Understanding one’s benefits and the different choices is a key aspect of health management and financial literacy.

Fast forward a month or so. Mom and Pop are recovering in our home, and in time they will be back to their old feisty selves. I have to say, though, this has made me realize how important it is to try to take better care of myself, too. I admire my parents and aspire to be like them in many ways, but if I can reduce my chances for chronic illness by improving my health behaviors, then I will gladly seize what control I can.

It’s kind of like saving money, which I love to talk about: I am storing up and growing my health, like I grow my wealth. I recount all of this to convey that healthcare, aging and finances are complicated issues, and we have to keep learning more our entire lives because, well, things change.

Dr. Michael Gutter is the Associate Dean for Extension - State Program Leader for 4-H Youth Development, Families and Communities for the Institute of Food and Agricultural Sciences at the University of Florida. ...