Not So Scary Biological Control Agents

There is a long process of rigorous research that goes into the development of a successful biological control agent. While many candidates will fail to meet the criteria and never be released, successful agents can produce effective results.

With Halloween right around the corner, we are highlighting seven not-so-scary biological control agents that are working to protect native Florida from invasive plants. Follow along with UF/IFAS CAIP’s Not So Scary Biological Control week on Facebook, Instagram, and Twitter!

First released in Florida in 2012, this bright insect is the biological control agent for the invasive air potato (Dioscorea bulbifera) vine. The air potato beetle consumes leaf tissue and occasionally feeds on bulbils, negatively affecting plant growth and reproduction. In the three months after the first release, extensive damage to air potato was seen at the initial release sites of this insect. Learn more about this biological control agent in this Ask IFAS publication. 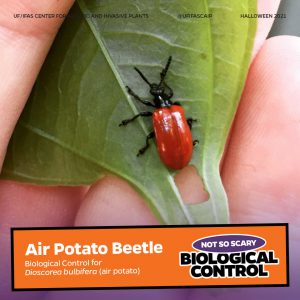 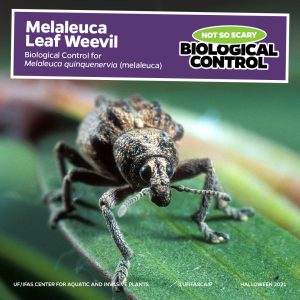 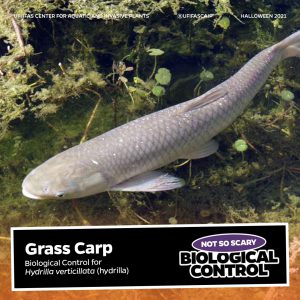 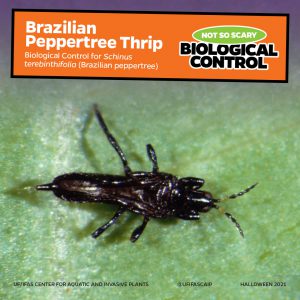 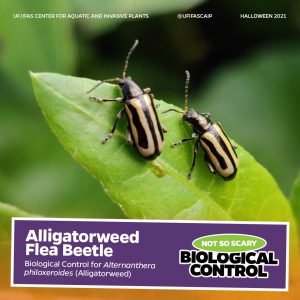 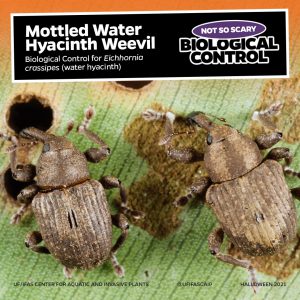 Subscribe to UF/IFAS Center for Aquatic and Invasive Plants Blog