Habitat suitability of an at-risk, monolectic, ground-nesting bee Hesperapis oraria and its floral host Balduina angustifolia at two spatial scales along the Northern Gulf of Mexico by Davis, Miller and Thetford

“The Gulf Coast Solitary Bee is acutely at risk due to its unique reproductive and foraging characteristics, restricted range, and habitat degradation” states Hannah Davis, former graduate student in the School of Natural Resources and the Environment who conducted the work while at the University of Flo 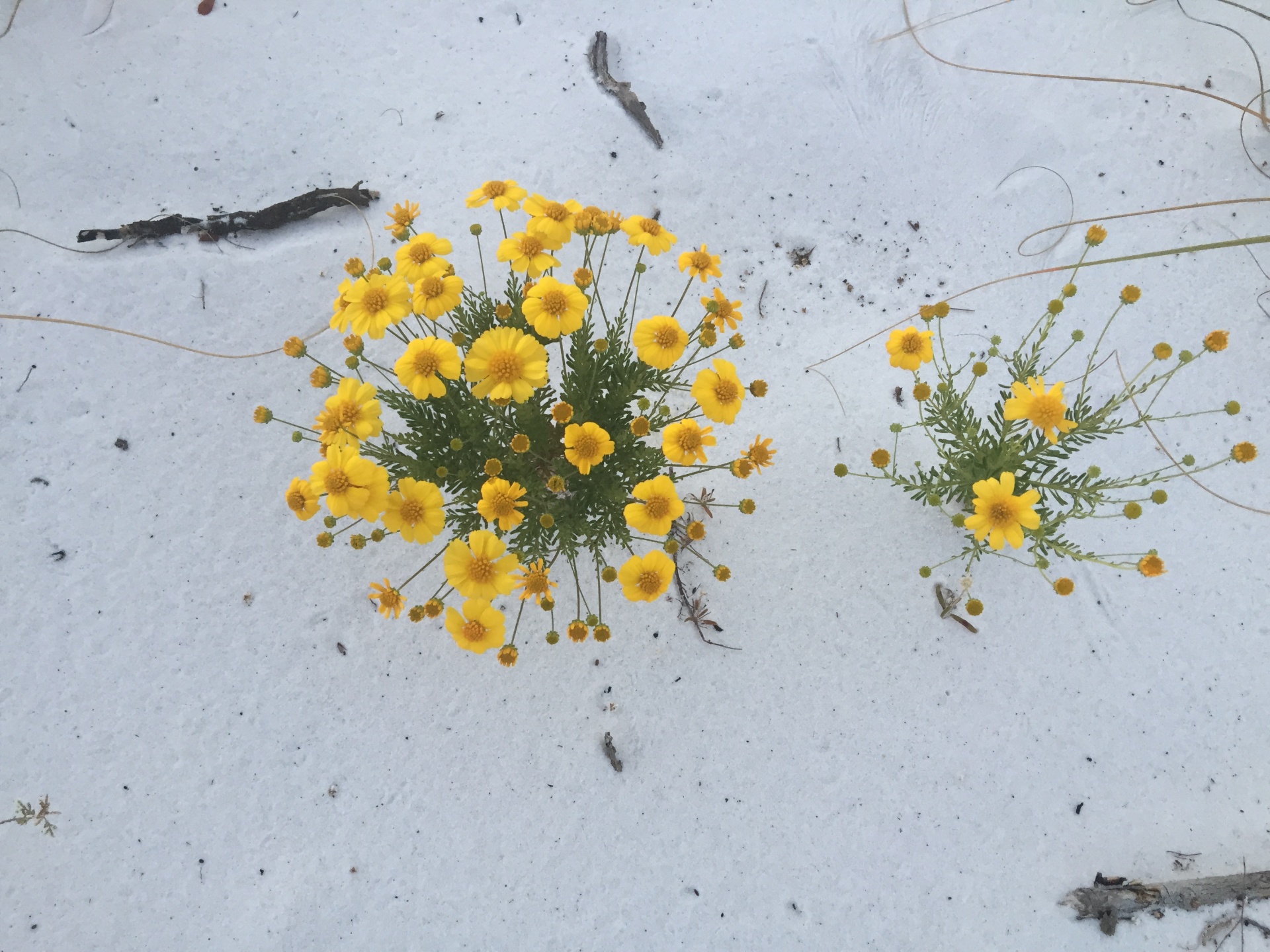 rida’s West Florida Research and Education Center (WFREC) in Milton, FL. Hannah coauthored the study with her co-advisors, Dr. Debbie Miller, Professor of Wildlife, Ecology and Conservation and Dr. Mack Thetford, Associate Professor of Environmental Horticulture, both located at WFREC. The study was published this week in the Journal of Insect Conservation, an international journal devoted to the conservation of insects and related invertebrates.

The bee is also known as the Balduina bee or the Gulf Coast Hesperapis bee and is found only from eastern Mississippi barrier islands to the eastern coast of the Florida panhandle. The Gulf Coast Solitary Bee is the only known species of solitary ground-nesting bee found east of the Mississippi River. Because of the bee’s narrow distribution and limited coastal dune habitat it is a potential candidate for conservation efforts. The bees emerge to gather pollen from late September to mid-October which coincides with flowering of their only known host plant, the Coastalplain Honeycombhead.

“This study utilized species distribution modeling at both regional and landscape scales to quantify the habitat use of the Gulf Coast Solitary Bee in association with distribution of Coastalplain Honeycombhead” says Miller, coauthor of the study. 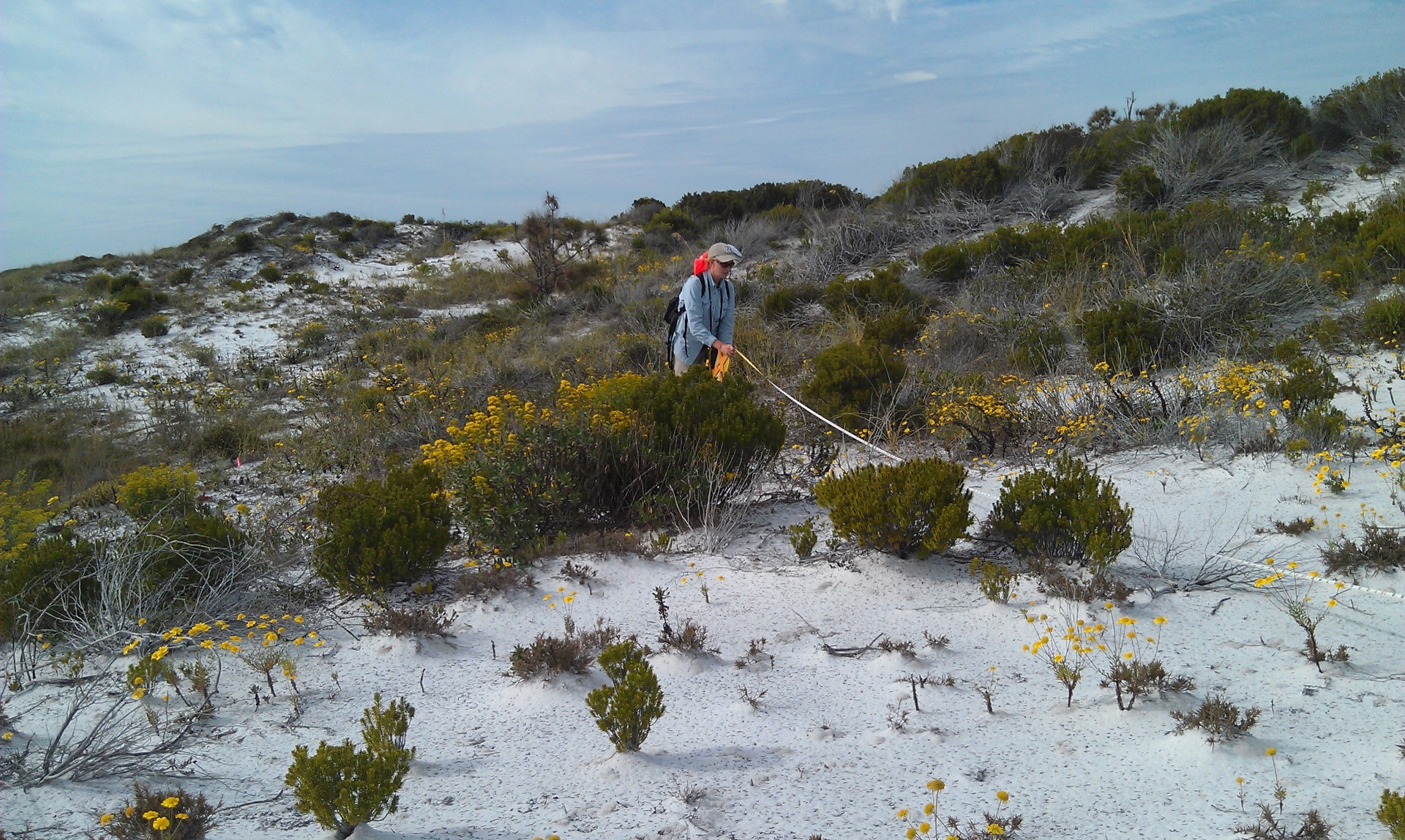 The Gulf Coast Solitary Bees were located on coastal dunes of both barrier islands and the coastal mainland but no Gulf Coast Solitary Bees were found on non-coastal mainland sites. The study provides important information for coastal land managers on the relationship of the bee and its sole pollen host. The distribution of the Gulf Coast Solitary Bee is driven by characteristics of its pollen host plant such as the number and area of Coastalplain Honeycombhead patches and the density of the plants in the patches. This study also demonstrated the importance of the stability of coastal landscape features in influencing the distribution of Coastalplain Honeycombhead within the coastal landscape. This research provides information essential to planning for the conservation of this imperiled species.