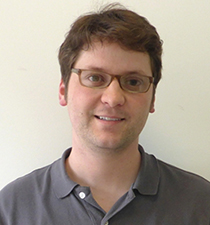 Jonathan Judy is a new Assistant Professor here in the Soil and Water Sciences Department who specializes in soil and water chemistry.

Judy always enjoyed science as a hobby, collecting rocks and fossils since he was a young boy in his home state of Georgia. In high school, an aptitude test led Judy to believe that he should follow a very different path in college, as he scored extremely high in business.

“I originally was in college as an international business student, but I felt like I didn’t have the temperament for it,” Judy said. “Selling is a lot different than science.”

Judy shifted his focus and joined the Geology Department at the University of Georgia where he received a B. S. in geology.

“I spent about a year and a half or two years as a technician in the Savannah River Ecology Lab at the border between South Carolina and Georgia,” Judy said. It was here that Judy began studying nanomaterials and their impact on the environment. Nanomaterials, according to Judy, are small things – particles and structures that have a dimension smaller than 100 nanometers.

“I’ve done a lot of work looking at how different pollutants and contaminants affect the environment,” Judy said. “What their fate is in the environment once they’ve been introduced – where do they go and what sort of harm might they do.”

Judy went on to the University of Kentucky where he earned his PhD in Soil Science, focusing primarily on manufactured nanomaterials and the affect they might have on terrestrial ecosystems.

“A lot of antimicrobial consumer products actually have silver nanoparticles in them – keyboards, socks, pet beds – the idea is to reduce microbial growth,” Judy said. “But once they are washed, the particles are released into wastewater streams where they may have a different environmental effect than bulk material of the same composition.” 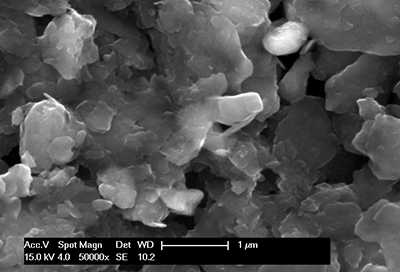 This research lead Judy to the Commonwealth Scientific and Industrial Research Organisation (CSIRO) in Australia, where he was recruited for a post-doc position based on his background in nanomaterials.

“There I was looking more at how nanomaterials in the environment might affect the relationship between plants and microorganisms that are beneficial to agriculture,” Judy said.

This is where Judy began considering the University of Florida as a future home. Rao Mylavarapu, a professor here in SWS, came to CSIRO in Australia to do a short-term scholar visit. Judy had the opportunity to interact with Dr. Mylavarapu and develop a good working relationship.

Judy said that he is most excited to start fresh at UF and build something new with his research. He already has many collaborations underway with scholars across the nation and beyond.

“I have a collaboration going on with colleagues at the University of Montana and Duke looking at the effects of nanopesticides on plant soil microorganism relationships,” Judy said. “I also still have a lot of ongoing projects involving collaborators in Australia, including an project looking at the effects of contaminants across multiple generations of crop plants.”

Looking back on his education and career, Judy reflects on his motivation for continued growth. “With science there are very discreet milestones – you design the experiment, you complete the experiment, you publish the paper, and then, hopefully, people read and cite your paper – you just have a very clear and satisfying quantification of your progress,” Judy said. “I’m very excited about now being in a position where I have a lot of independence and where I can try to develop up different research areas and focus on work that I think might have real impact.”

Read more about his current programs at http://soils.ifas.ufl.edu/people/faculty/jonathan-judy/.

Welcome to our Department, Dr. Judy. We look forward to the impact you will make here and beyond.