Skip Navigation or Skip to Content
Home » UF/IFAS One Health » World Oceans Day: Why It Matters For One Health?

World Oceans Day: Why it matters for One Health? 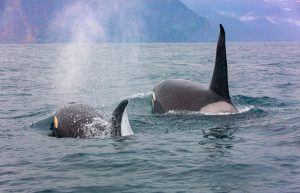 I would like to celebrate World Oceans Day on our very own One Health Blog by identifying where the interconnections between realms happen within the ocean context. By interconnections, I mean the One Health philosophy concept of humans, animals, and environmental health being inherently linked in all their aspects. Is this also true, when talking about the ocean?

The marine wildlife to the ocean

Yes, marine wildlife is pivotal to the ocean’s health. The balance that has formed between marine creatures and their habitats has been evolving over billions of years. From the marine birds paddling the ocean’s surface to the Giant phantom jellyfish found 3,200 feet underwater, every organism has its role to keep the ecosystem at balance. For example, did you know that sea otters are inherently connected to ocean carbon storage? Let me explain. Sea otters eat sea urchins, and sea urchins graze kelp forests (large brown seaweed), which is essential in regulating carbon storage and water cleaning, as well as creating a habitat for marine fauna. If otters do not take care of regulating sea urchin populations, kelp forests would decline, with serious impacts on the ocean’s health, and consequently on the planet’s health. Guess what, this is actually happening, but more about that later.

The ocean to humans

How many ways can you think in which the ocean promotes human health? Let me tell you, there is a lot. Food, for one. Marine food supplies have contributed to human brain development in the course of evolution. The vitamins and minerals from fish and seaweed supplies have a variety of beneficial effects on human health. Moreover, coral reefs provide storm protection to human settlements, helping to prevent erosion, loss of property, and lives. To boil it down, the ocean really helps to keep us alive. The very air we breathe is made from the ocean, which produces over half of the planet’s oxygen supply. I would say that is quite enough, isn’t it?

Now, how do humans contribute to marine wildlife health? This gets a little trickier. Overfishing is one of the major anthropogenic impacts that ocean life is facing. I know that ocean-supplied aid for human health is a fact, but moderation here is key, given the rapidly growing human population. What has happened with the kelp forest originates from salmon overfishing. With salmon depletion, we are depleting a main dietary item for orcas. Without salmon, orcas eat more sea otters. Without sea otters, sea urchin populations increase. As sea urchin populations increase, their grazing of the kelp forests increases to unsustainable levels, causing its decline. Thus, the service that humans offer to ocean health is the prevention of these issues. Research around the world, including in our very own One Health Center, dedicates endless funds and efforts to understanding the impact that the ocean is experiencing in this rapidly changing world, and how we can best avoid its deterioration. 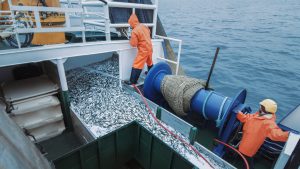 Hence, on World Ocean Day, I would like to encourage everyone to think about how they can contribute to ocean health. Every small bit counts, it really does. Recycle, do not pollute, eat less fish, and eat the most sustainable ocean products. The ocean as an entity unifies animals, humans, and the environment, just as One Health does, and for this we thank it.