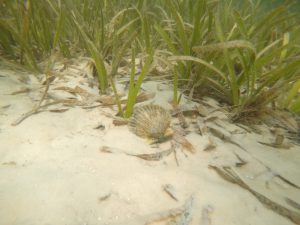 What did my summer internship consist of?

Everything scallops. This summer I had the honor of interning with the Nature Coast Biological Station in partnership with the Fish and Wildlife Research Institute. I worked exclusively on the Bay Scallop Population and Recreational Fishery Monitoring Project. Although this is one project it has many moving parts that all work together. I was fortunate enough to work on almost every moving part and get a real understanding for the project itself. 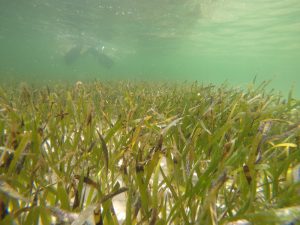 Once season opened we hit the boat ramps! My team and I set up and various boat ramps and marinas in Taylor and Dixie County. At these ramps and marinas, we conducted Fisheries Dependent Monitoring (FDM) surveys. Asking certain questions, we aim to estimate the number of scallops that recreational fisherman are harvesting from the wild. We also asked them where they were scallops to try and get insight on the more popular scalloping locations. Returning to the same boat ramps weekend after weekend resulted in familiar faces and friends that were always willing to share their success stories of the day.

For my last day as an intern I was able to participate in an aerial survey. Myself, and fellow intern Samara boarded a small plane and set off on what turned out to be a wild ride! The first half of our flight was counting boat trailers at the various boat ramps. We started at Fenholloway and worked our way to Suwannee counting boat trailers. Some of the ramps were very popular while others were smaller with only several trailers parked. Once we reached Suwannee we turned around and switched to counting boats on the water all the way back to Fenholloway. You would not believe the vast number of boats on the water! It looked like a parking lot out there. 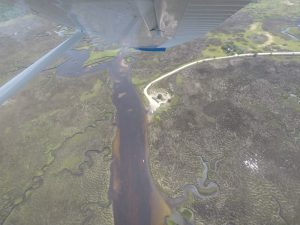 I must admit that I was looking a little green by the end of the flight. Despite the lingering nausea, I drove away from that flight with the satisfaction of completing an amazing internship. In six weeks, I did field work, public surveys, and I got to fly in a plane. I now have more experiences to head into my senior year and future careers with. I cannot thank the people that I met along the way enough. I owe a special shout out to my fellow intern, Samara, for sticking it out with me through the thunderstorms and nauseous plane ride! 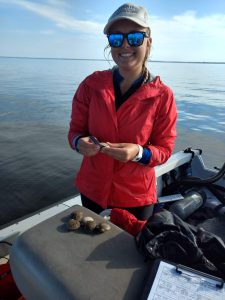 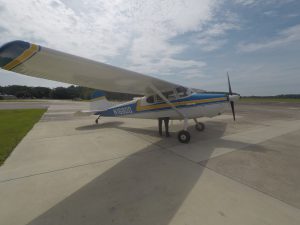