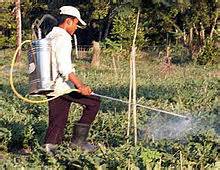 A weed is simply a plant growing where it is not welcome. Weeds can cause a decline in the aesthetic quality of a lawn or they might severely damage the yield potential of an economically important crop. Some weeds may even pose a health risk to one’s livestock. The most common method used to control weeds is with herbicides largely because it is the expedient method. Efficiency can come at a cost in the form of weeds developing resistance to the herbicides that were once used to control them. Weed resistance is when a chemical that was previously effective at controlling a weed is no longer as effective.

When a weed develops resistance to an herbicide this can cause significant damage to many agricultural operations due to significantly increased control costs and lost time. Unmanaged weeds can also result in decreased harvest efficiency, lower crop yield, and decline in crop quality.

Fortunately, there are simple steps that can be taken to greatly reduce the chances of a weed population possessing herbicide resistant characteristics. The most effective method is to rotate the herbicides that are used to control weeds. Many herbicides of different brand names share identical active ingredients, so it is not reliable to change herbicides merely based on its name. What should be used when making a choice to rotate to another herbicide is its WSSA Group number. The WSSA Group is a system of herbicide classification created by the Weed Science Society of America. WSSA Group numbers are significantly different from other WSSA Group numbers to allow for a successful herbicide rotation to occur to prevent weed resistance issues.

Another fundamental method of managing weed resistance issues is to carefully read each herbicide product label. Herbicide labels will provide the user with every important piece of information they need to use the product safely and effectively. Not only is it just a good idea to follow the label, it’s the law! This helps not only with safety and environmental sustainability; it helps to stomp out those pesky weeds.