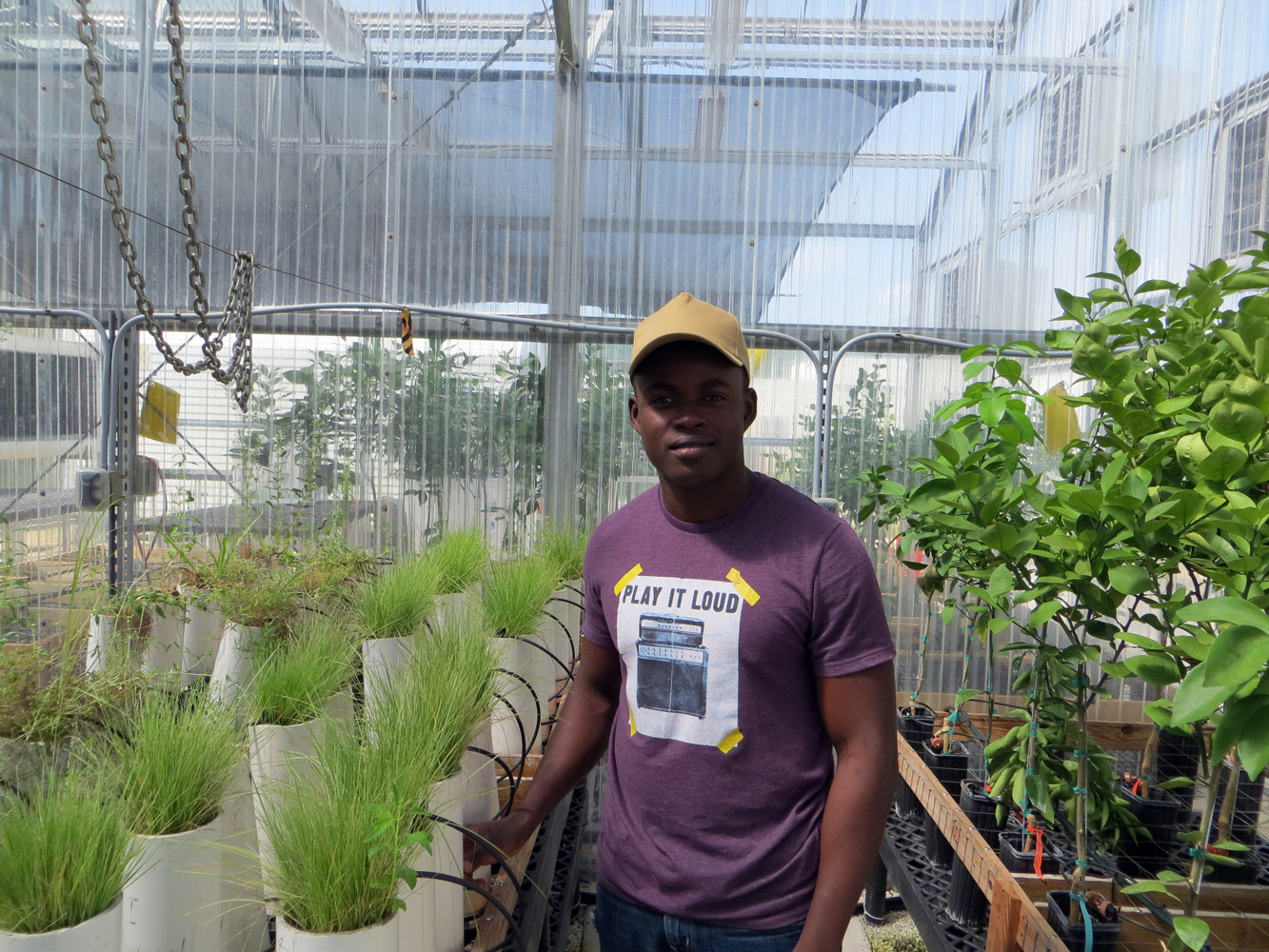 An aspiring scientist and native of Haiti, Sharpton Budji Toussaint recently arrived at the University of Florida Institute of Food and Agricultural Sciences Indian River Research and Education Center. Sharpton will serve as a visiting scholar in Alan Wright’s Soil and Water Sciences Laboratory.

An undergraduate student at EARTH University in Costa Rica, Toussaint will learn about soil and water science issues in Florida. He will also participate in community service activities.

Toussaint is pursuing a Licente degree in Agricultural Sciences, or the equivalent of a bachelor’s degree in the U.S. Toussaint’s research at the UF center will be primarily with soil fertility for citrus production. Later projects will include soil and water sampling for microplastics in the Indian River Lagoon.

“The opportunity to come to study and work at the UF center is profound for my studies,” said Toussaint. “I am very grateful Dr. Wright welcomed me as his student.”

Toussaint’s academic work has been coupled with hands-on opportunities in Costa Rica, where he constructed an orchard at a local hotel, and served as a manager for pulp production operation. A third learning project arranged for Toussaint EARTH University officials involved his immersion in an entrepreneurial agro-ecotourism farm.

An accomplished scholar, Toussaint’s work was recognized with a W.K. Kellogg Foundation Scholarship. He is fluent in Creole and in French, and speaks and writes both Spanish and English.

Toussaint completed high school at the Center of Formation Classical and Practical, in Ounaminthe, Haiti. Toussaint is the second EARTH University student to carry out the scholarly opportunity at the UF/IFAS IRREC. Jean-Yves Bérisse completed an internship under the auspice of Alan Wright, in 2016.

“All of the EARTH University students are highly motivated and eager to learn, and the internships are a great experience for both the students, and for IRREC faculty, staff and students,” said Wright.