A culture of nomination

We’ve had an encouraging surge in new American Association for the Advancement of Science fellows in recent years. In my opinion, this is not because we’re suddenly doing fellow-level science.

I believe it indicates our reputation is beginning to catch up with our excellence. The election of five more UF/IFAS faculty members as AAAS fellows last month shrinks the remaining gap.

At the same time, the surge propels UF/IFAS excellence forward. Nomination itself builds bridges across departments and disciplines to yield better science than inquiry in isolation does.

One cannot self-nominate. An existing fellow has to take the selfless step of becoming a champion for a colleague and building the case for the AAAS honorific. As our numbers swell, so does the pool of potential nominators.

I see our excellent faculty as the architects of this building momentum, what we call a “culture of nomination.” Our leadership team has been encouraging faculty to nominate others, and our top faculty have responded by supporting a documented rise in successful nominations.

The announcement on January 26 that Matias Kirst, Yuncong Li, Tony Romeo, Kathryn Sieving and I were elected AAAS fellows is a particular point of pride. It meant that five other faculty members put in the time and effort to nominate their peers. 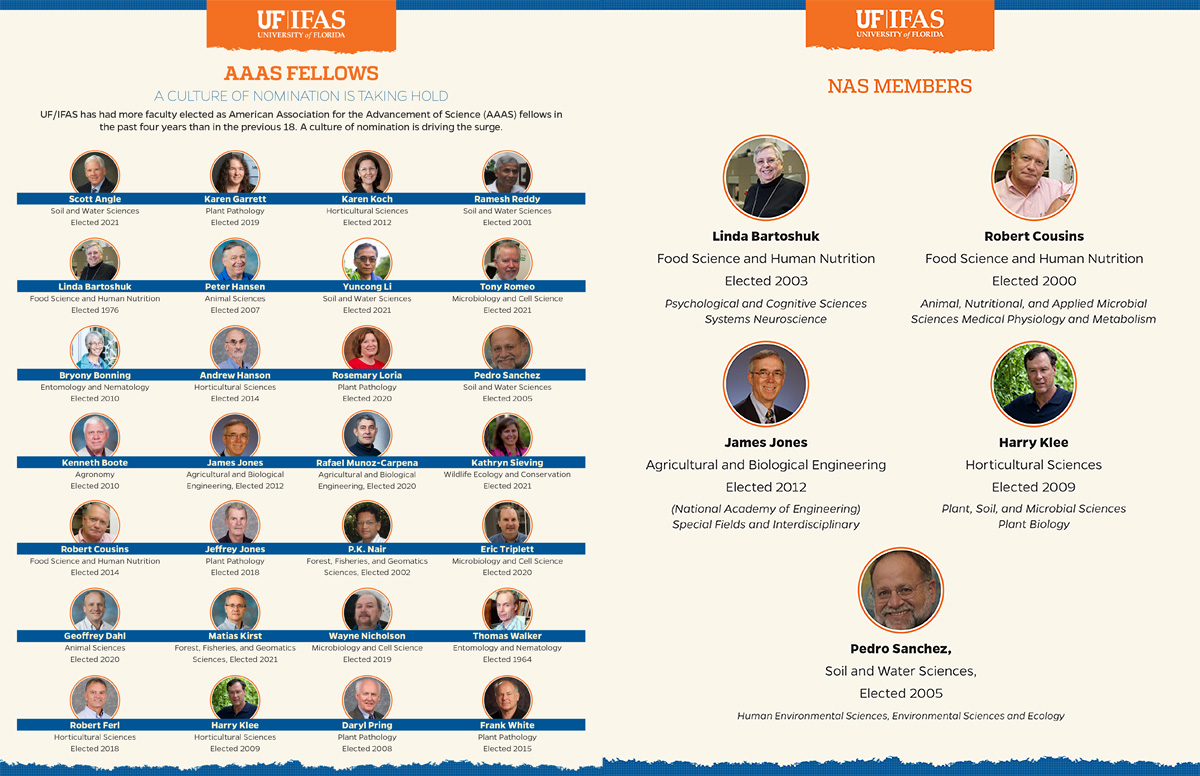 For example, Rob Ferl of our Horticultural Sciences Department was elected three years ago, and he in turn nominated Wayne Nicholson in Microbiology and Cell Science. When Wayne became a fellow, he nominated Eric Triplett. Eric used his new status as fellow to nominate a Soil and Water Sciences guy—me.

We also saw it when Karen Koch of Horticultural Sciences successfully nominated Karen Garrett of the Plant Pathology Department in 2019.

I can’t necessarily pay back Ferl, but I can pay it forward. I feel a responsibility not to let the Ferl-Nicholson-Triplett-Angle line end with me. We now have 28 AAAS fellows—half of them elected in the past four years.

Awards can help position us as top of mind for prospective employees, students, grant funders, collaborators, donors and stakeholders. A culture of nomination prompts us to lift up our colleagues to make those awards possible, and in so doing, lifts up the entire organization.