The American Association for the Advancement of Science (AAAS), the world’s largest general scientific society and publisher of the Science family of journals, has elected five UF/IFAS faculty members to the newest class of AAAS Fellows, among the most distinct honors within the scientific community.

The 2021 class of AAAS Fellows includes 564 scientists, engineers, and innovators spanning 24 scientific disciplines who are being recognized for their scientifically and socially distinguished achievements.

“Selection as AAAS Fellows is an important recognition of the outstanding research these seven faculty members are undertaking,” said David Norton, UF’s vice president for research. “It is also recognition of the breadth and diversity of UF’s nearly $1 billion research enterprise.”

AAAS has awarded the following faculty members from UF/IFAS: 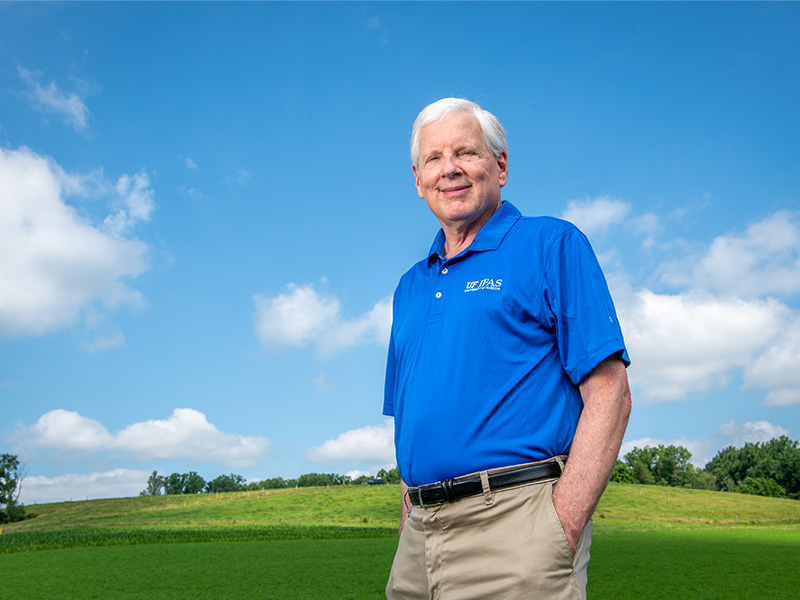 Scott Angle arrived at the University of Florida in July 2020 and is the senior vice president of agriculture and natural resources and the leader of UF/IFAS. Before coming to UF, Angle served as the director of the National Institute of Food and Agriculture (NIFA), part of the U.S. Department of Agriculture; as president and CEO of the International Fertilizer Development Center (IFDC); and as dean and director of the College of Agricultural and Environmental Sciences at the University of Georgia. Angle’s research career includes 24 years as a professor of soil science at the University of Maryland, where he was also the associate director of the Maryland Agricultural Experiment Station and Maryland Cooperative Extension. Angle has authored more than 300 scientific publications and holds seven patents. His early work focused on the impacts of nutrient-loss in the Chesapeake Bay region. Later he studied the impact of heavy metals on the food chain and food supply, as well as the use of plants for remediation of heavy metal contaminated soil. 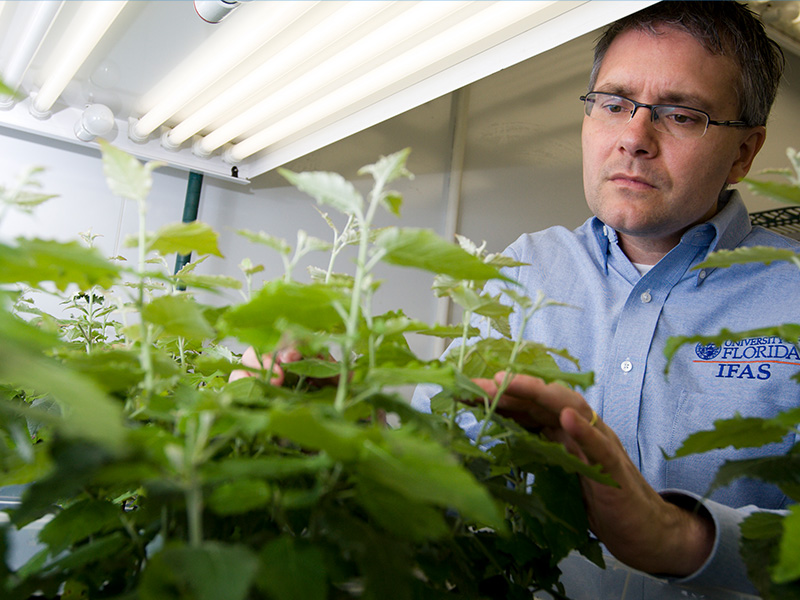 Matias Kirst arrived at the University of Florida in 2005 and is now a professor of genetics and genomics in the UF/IFAS School of Forests, Fisheries and Geomatics Sciences. He is also a member of the UF/IFAS Plant Molecular and Cellular Biology Program and the UF Genetics Institute. Kirst’s research focuses on uncovering the mechanisms responsible for gene expression in plants and how these insights can help improving forest and agronomic crops. His lab’s current grant-funded research projects involve poplar and pine breeding, genomic prediction, vascular development, dormancy and nitrogen fixation. 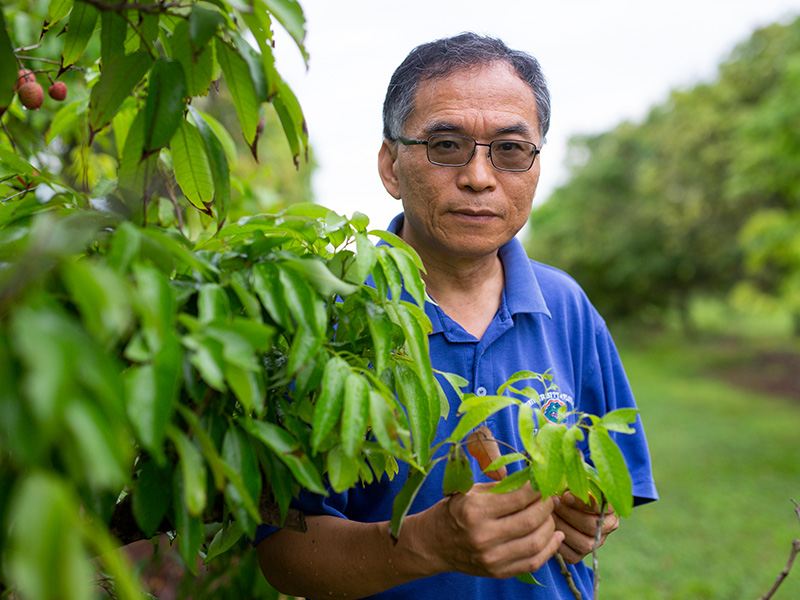 Yuncong Li arrived at the University of Florida in 1994 and is now a professor in the department of soil and water sciences. Li is based at the UF/IFAS Tropical Research and Education Center in Homestead, Florida, where his research focuses on how nutrients cycle in soils and how to improve their efficiency, especially in the South Florida growing environment. In addition to advising students and teaching courses, Li trains Extension agents and producers in nutrient management best practices for the region. However, his work is not limited to South Florida; Li has collaborated with scientists in Asia, South America, and around the world on field research and publications. 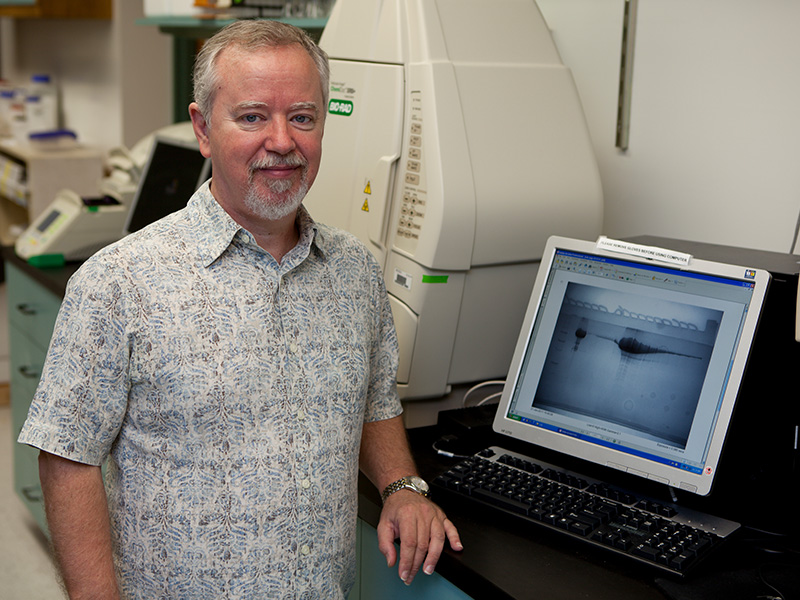 Tony Romeo arrived at the University of Florida in 2008 as a professor in the department of microbiology and cell science (he is also a triple Gator, with a bachelors, masters and doctorate from UF). Romeo’s lab studies how genes are expressed in bacteria and how this relates to the way these microbes sense and respond to changes in their environment. His research focuses on the carbon storage regulator A (CsrA), an RNA binding protein with a central role in controlling bacterial physiology. Romeo’s work sheds light on bacterial pathogenicity, biofilm formation, metabolism, movement and communication, and antimicrobial therapies. 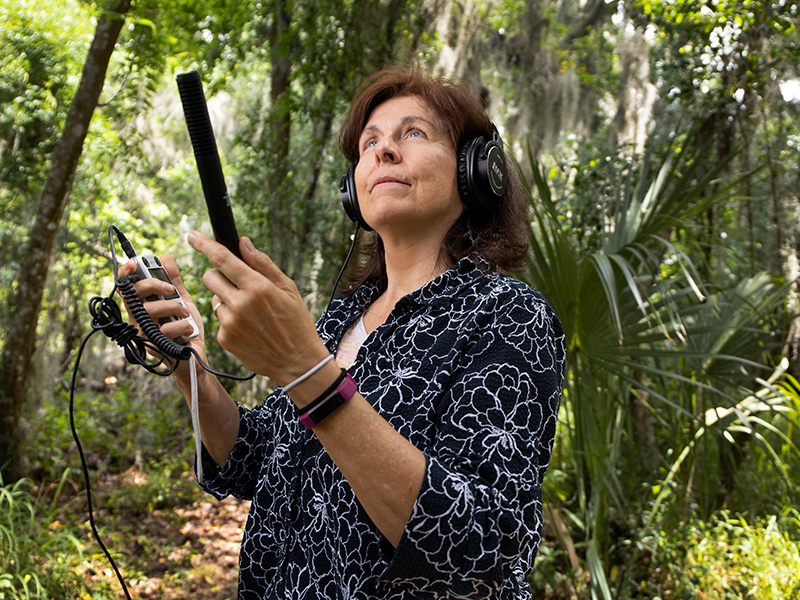 Kathryn (Katie) Sieving arrived at the University of Florida in 1995 and is a professor in the UF/IFAS wildlife ecology and conservation department. Her research addresses the ways birds must adjust to living with humans and man-made environments.  Her work documents various conflicts and collaborations between birds and humans as well as some of birds’ surprising talents. For example, recent work revealed that vocalizations of the common Tufted Titmouse create a larger information landscape used by many other bird and mammal species to identify and avoid risks in real time. Sieving’s work seeks to make this information landscape useful as a tool for scientists with insights about how animal communities can respond to human activities that challenge their survival skills.

“AAAS is proud to bestow the honor of AAAS Fellow to some of today’s brightest minds who are integral to forging our path into the future,” said Dr. Sudip Parikh, AAAS chief executive officer and executive publisher of the Science family of journals. “We celebrate these distinguished individuals for their invaluable contributions to the scientific enterprise.”

This tradition stretches back to 1874. AAAS Fellows are a distinguished cadre of scientists, engineers, and innovators who have been recognized for their achievements across disciplines ranging from research, teaching, and technology, to administration in academia, industry, and government, to excellence in communicating and interpreting science to the public.

Members can be considered for the rank of Fellow if nominated by the steering groups of the association’s 24 sections representing each scientific discipline, by three Fellows who are current AAAS Members (so long as two of the three sponsors are not affiliated with the nominee’s institution), or by the CEO of AAAS. Fellows must have been continuous members of AAAS for four years by the end of the calendar year in which they are elected. The AAAS Fellow honor comes with an expectation that recipients maintain the highest standards of professional ethics and scientific integrity.

Each steering group reviews the nominations of individuals within its respective section and a final list is forwarded to the AAAS Council, which votes on the aggregate list. The Council is the policymaking body of the association, chaired by the AAAS president, and consisting of members of the board of directors, the retiring section chairs, delegates from each electorate and each regional division, and two delegates from the National Association of Academies of Science.

The new Fellows will receive an official certificate and a gold and blue rosette pin to commemorate their election (representing science and engineering, respectively) and will be celebrated later this year during an in-person gathering when it is feasible from a public health and safety perspective. The new class will also be featured in the AAAS News & Notes section of Science in January 2022.