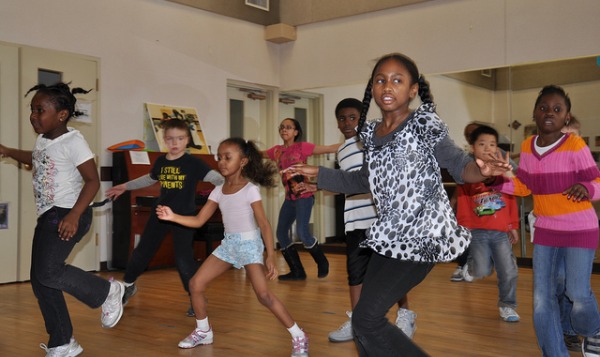 Can School Nutrition and Exercise Programs Help Kids Stay at a Healthy Weight?

Almost every parent I know is concerned about today’s alarmingly high rates of childhood overweight and obesity. It’s certainly not just moms and dads who are worried. Schools and after-school programs have recently stepped in, working on health and nutrition education and starting before- and after-school programs that get kids moving. But are these interventions really helping more kids stay at a healthy weight?

A recent large analysis of more than 50 studies shed a bit more light on this subject. More than 28,000 children nationwide from elementary through high school participated in the various in-school and after-school programs included in this review. Some programs emphasized physical activity only, some focused on lifestyle changes (such as watching less TV, improving general health and nutrition, and becoming more active) and some were specifically focused on changing and improving children’s diets.

The researchers judged the success of the programs by change over time in children’s body mass index, or BMI. This measure of weight and size is broadly useful, but can be a bit misleading as children enter puberty.

About 38% of the interventions had the intended effect, reducing children and teen’s BMIs at least somewhat. Unfortunately, the changes were generally not all that impressive. However, some programs did seem to be more effective than others.

Overall, programs worked best when they combined advice on diet with increased physical activity. Those concentrating on lifestyle changes and diet, as well as just lifestyle changes, did second best. But those that focused solely on increasing the amount of exercise kids got (without talking with them about nutrition and other daily habits) didn’t fare as well.

It seemed best to meet about 3-5 times per week; more seemed to be too much, and less often, too infrequent. Both in-school and after-school programs did similarly well. As to length of the program, those that lasted about a year showed the strongest effects.

In a key point, results were better when programs involved parents. This was especially true when parents had to actively help their children make changes in their habits.

Everyone Needs to Pitch In

This finding goes back to one possible reason why many interventions didn’t work as well as we might hope. In the end, researchers point out, school programs can only do so much.  Parents’ influence, family culture, socioeconomic status, kids’ choices, and many other factors are really important, too. While this large analysis does show that school programs, especially those that talk about diet while increasing activity, can help, we all have a role to play in changing the mindset and habits of today’s children to make sure they have healthier tomorrows.

← During Divorce, Does “Writing it Out” Help?
Traveling? “Check Into” a Bed and Breakfast →