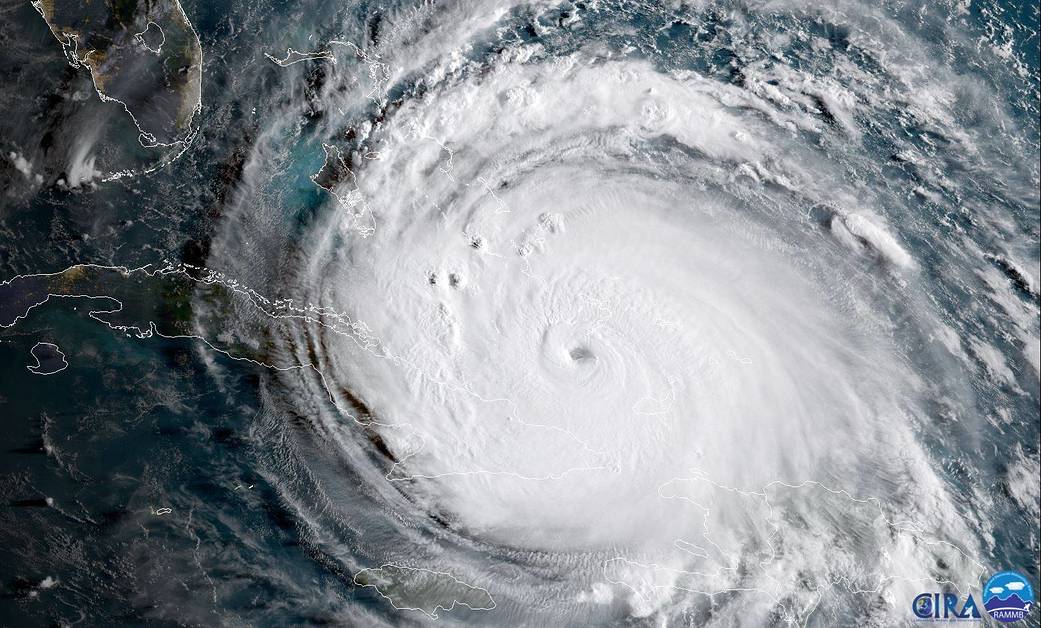 Hurricane Irma is now two months behind us.  While most of us are familiar with, and may still be dealing with the impacts of the storm on land, the impacts to coastal environments can also be significant, though often overlooked because they are generally out of sight. Hurricane Irma may have left some lasting impacts on our coastal environments that will have both good and bad implications. While it is too early to understand the full extent of Irma’s impact, below is a brief overview of Hurricane Irma’s influence on coastal water quality throughout the state of Florida.

The large wind and rain events associated with hurricanes often bring storm surge and flood waters into our streets and neighborhoods, and Irma is no exception. When these waters receded, they took with them land-based pollutants such as fertilizers, pesticides, chemicals, oil, and large debris items. In systems with good flushing, these contaminants will quickly dissipate. However, in slow-moving or enclosed areas, pollution and debris will stick around for a while. To complicate matters, seasonal wind and high-tide events kept many of Florida’s east coast waters higher than normal, with areas continuing to be flooded well after Irma.

The excess nutrients entering these waters led to drops in dissolved oxygen resulting in fish kills as seen in the St. Johns River and may help facilitate the growth of algal blooms, an inherent problem in the Indian River Lagoon. Biscayne Bay in southeast Florida has generally been considered the most pristine estuary in the state. NOAA scientists measuring water quality in the region noticed elevated levels of chlorophyll (an indicator of algal biomass), and areas of hypoxia which are generally unusual for the bay.

In addition to excess nutrients, hurricanes bring increased sedimentation into coastal water bodies and Irma’s large rain events removed soils from the land. The stormwater runoff from land into adjacent waters carries these sediments with it, depositing them into our coastal waters. These sediments can degrade water quality and block sunlight critical for seagrass and coral health, growth and development.

The Florida Keys, known for their crystal-clear Outstanding Florida Waters, experienced significant runoff and sedimentation. In many areas, water visibility was impaired and water depths have even changed because of Hurricane Irma. Scientists from the Florida Keys National Marine Sanctuary, NOAA, and others found extensive shifting of sand and heavy sediment accumulation during a rapid assessment of the coral reef tract after Irma. Already stressed corals were observed covered in a fine layer of sediment, which can smother corals, in addition to limiting the amount of sunlight they receive. Despite this, corals may also benefit from hurricanes as they mix warm coastal waters with cooler offshore waters, and relieve the thermal stress associated with hot Florida summers. Some coral bleaching (a reaction to elevated water temperature) has occurred in the Florida Keys and throughout the entire Florida Reef Tract, but it is not certain how or if these events are associated with Irma, or if they would have been worse if Irma had not hit. Fine sand accumulation like this at Sand Key near Key West is found throughout the Florida Keys National Marine Sanctuary. Scientists speculate that hurricane forces carried it from Florida Bay into the Atlantic Ocean.
Image credit: Mike Buchman/NOAA

In Florida Bay, the story is mixed. Scientists saw high levels of turbidity in the area, though this favored juvenile trout populations. Salinity levels were stable at around 34 parts per thousand (ppt) in the bay, which is unusual for this hypersaline bay that can reach 45 ppt (normal seawater has a concentration of around 35 ppt). Hurricane Irma also helped to flush out much of the dead seagrass in the areas that were immediately impacted by the storm, though dead seagrass mats were seen throughout other areas of the bay, which can trigger an algal bloom like the 2015 seagrass die-off event.

According to NOAA, suspended sediments and increases in colored dissolved organic matter (CDOM) were seen along the West Florida Shelf along Florida’s Gulf Coast following Hurricane Irma. CDOM is a measure of the dissolved organic matter in the water. Both CDOM and sediments diminish the amount of sunlight that can penetrate the water inhibiting photosynthesis. However, the situation could have been much worse. Areas along the Gulf coast saw an unusual natural phenomenon when the coastal waters receded, leaving the bay bottoms exposed. Tampa and the surrounding areas could have seen extreme storm surge had Irma’s strength not weakened by the time it hit. Thus, polluted runoff was limited going into Tampa Bay and other gulf coast waters as compared to what it may have been.

While the rain may have been welcome to the thirsty Florida and Apalachicola Bays, it resulted in unwanted freshwater discharges to the west and east coast. Excessive rain in the Kissimmee Basin drained into Lake Okeechobee and increased lake levels to more than 17 feet, the highest level since 2005. Constraints to the lake’s dike system requires the U.S. Army Corps of Engineers to discharge lake water out to the estuaries. Nearly 354,000 and 152,000 cubic feet per second (cfs) of regulatory releases have been sent out to the Caloosahatchee and St. Lucie Estuaries, respectively. These estuaries are not adapted to deal with the massive freshwater pulses associated with the releases. During these releases, turbidity and water clarity are reduced, oyster populations become stressed and may die, and the commercial shellfish harvesting areas were closed off in the gulf due to freshwater inputs associated with Irma. Finally, one of Hurricane Irma’s greatest impacts was the demonstration of the state of Florida’s old and failing sewage system. With the exception of the Panhandle, most of the state experienced sewage spills of some extent. In certain areas, such as along the Indian River Lagoon, these spills have continued long after the hurricane passed. Groundwater and stormwater flow was so great that it inundated our system. As the power went down, so did lift stations and sewage was discharged into residential canals, onto streets, and into our estuaries. According to the Florida Department of Environmental Protection’s Public Notice of Pollution, millions of gallons of treated and untreated wastewater were released throughout the state. Wastewater effluent brings a risk of bacteria and other pathogens associated with sewage systems and septic tanks. While the public health impact from these widespread sewage leaks is currently unknown, the Department of Health issued numerous boil water notices and avoid-water advisories because of high levels of Enterococci bacteria and potential negative health effects from these spills.

Hurricane Irma brought with it a number of impacts, lessons learned, and in some instances a welcome relief to our coastal systems. While the overall impact of Irma is not yet understood, we do know that hurricanes have long-term impacts that are felt and seen long after they hit. Throughout the state, scientists are studying these long and short-term ramifications, the results of which remain to be seen. In the meantime, it is important to remember that hurricanes are natural events and human inputs of debris, chemicals, nutrients, and sewage exacerbate their impacts and stress our coastal systems.