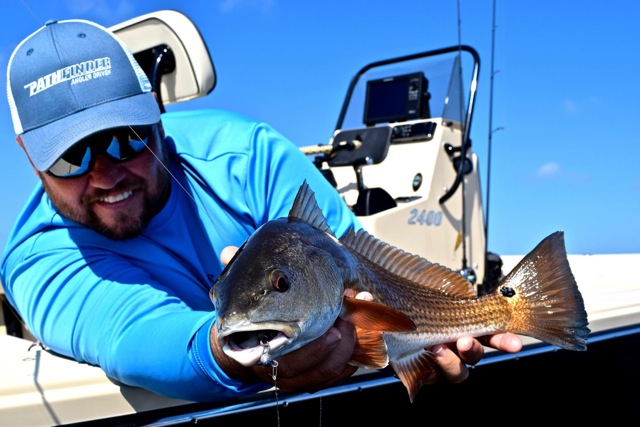 Catch and Release: Practices to Improve

Catch and Release is an important conservation tool. Catch and release fishing helps to sustain native fish populations by allowing more fish to remain and reproduce in the ecosystem. This practice provides an opportunity for more people to enjoy fishing and to successfully catch fish.

But catch and release is not perfect. Some fish still die; even after they swim away. In fact, catch and release mortality studies have shown that mortality, after release, for snook, redfish, and spotted seatrout is between 2.17%  and 15%. Mortality also increases with higher water temperature. This can add up to a lot of fish, which is why it is imperative that anglers always do what they can to ensure release fish survive.

Over the last decade or so, anglers have adopted many good angling practices. But there’s still room for improvement. What follows are just a few practices that can lead to increased mortality after release. Each practice is listed along with why they are not good and suggestions for better practices.

The vertical hold – What’s the problem? There are two big issues here. First, fish are designed to be in the water where they are neutrally buoyant. Once they are pulled from the water, gravity takes effect on internal organs causing them to bunch up at the lowest point. The second issue is with the fleshy throat region of a fish, called the isthmus. The isthmus is easily damaged when fish, particularly large fish, are held vertically by their lip. A released fish may appear normal and swim away, but if the isthmus is damaged, it may not be able to feed normally or at all, and will either starve to death or become so weak it’s easily predated.

Hands in gills – What’s the problem? Well, gills are the lifeline of fish. Fish gills are highly vascularized. When water passes over the gills, oxygen from the water binds with hemoglobin in the veins where it is then transported to all the vital organs. These gill structures are extremely delicate. If they become damaged, or if they collapse due to air exposure, there’s less surface area, which means less vascularized surface, so less oxygen getting transported. A fish with limited oxygen is akin to a human with COPD, only there’s no lifesaving bottle of oxygen for them. They are less fit. Sometimes they don’t feed, and they often become magnets for predators. Better than hands in gills is a hand under the jaw or holding the bottom lip with either your hand or a lip grip…but remember horizontal hold, always.

Dragging fish up onto the beach – There’s a couple varieties of this that are problematic. One is dragging fish, in particular sharks up onto the beach for the photo and the other is landing a fish by walking backwards and dragging it thru the sand. What’s the problem? Well for starters there’s a huge temperature difference between the water where fish are hooked and the water temperature right at the shoreline, especially beach shorelines. Sand absorbs a lot of heat, and when fish are dragged into these warm environments, it is a huge shock to the system. Many mortality studies have demonstrated that heat stress greatly increases post release mortality. Dragging a fish through the sand is even worse because the fish is in direct contact with hot sand. This also reduces the fish’s slime coat, as the sand binds with it, and then is washed off the fish after release. The slime coat protects fish from bacteria and parasites so once removed, this protection is compromised.

Rapid back and forth revival – So this is not as deadly as the previously mentioned practices. But it’s not at all the best way to revive a fish. Think about it…when was the last time you saw a fish moving back and forth in the water? Fish that are stressed, that need extra water flowing over their gills, naturally face into the current, and this, or moving them forward in a figure eight is the best way to revive a fish prior to release.

For more information about catch and release visit: http://flseagrant.ifas.ufl.edu/catch_and_release_new/why-catch-and-release.html

← What happens to the critters in a hurricane?
Foamy Streaks on the Water →