The Native Americans had a tradition of naming all of the full moons according to the time of year and the seasons.  My birthday is in July, and that is the time of the Thunder Moon.  Most people are familiar with the term Harvest Moon for September.  The early European colonists adopted the tradition of naming the full moons and adapted the names, like the Worm Moon, which happens in March and is a time when the ground would thaw in New England and the worms would emerge.  This indicated the soil was getting warm enough for planting crops.  In The Farmer’s Almanac, each month is named for that full moon – except in a Blue Moon, which is literally, when there are two full moons in a calendar month.  This usually only happens once per year, which is why the phrase has come to be known as something that happens very infrequently – or “once in a blue moon”! 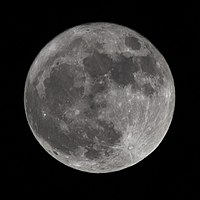 The Earth’s ocean tides are tied to the elliptical orbit of the moon and the revolution of the Earth around the sun.  The highest and lowest tides occur during full and new moons.  Although the sun is larger, the moon is closer, and the gravitational pull from both celestial bodies are working in conjunction to create the daily rise and fall of sea surfaces that we see along the coastline.

What would you name the monthly moons?

I love the idea of thinking of the full moons based on what is happening that month.  I have written some full moon names to coincide with events in the Florida Keys:

In June, I start to see female blue land crabs traveling to water to deposit their eggs into the sea.  July is usually when the sargassum washes ashore en masse.  August is when the coral spawn occurs, and in September, you can expect moon jellies to appear everywhere.  Where do you live and what would you name your monthly full moons?