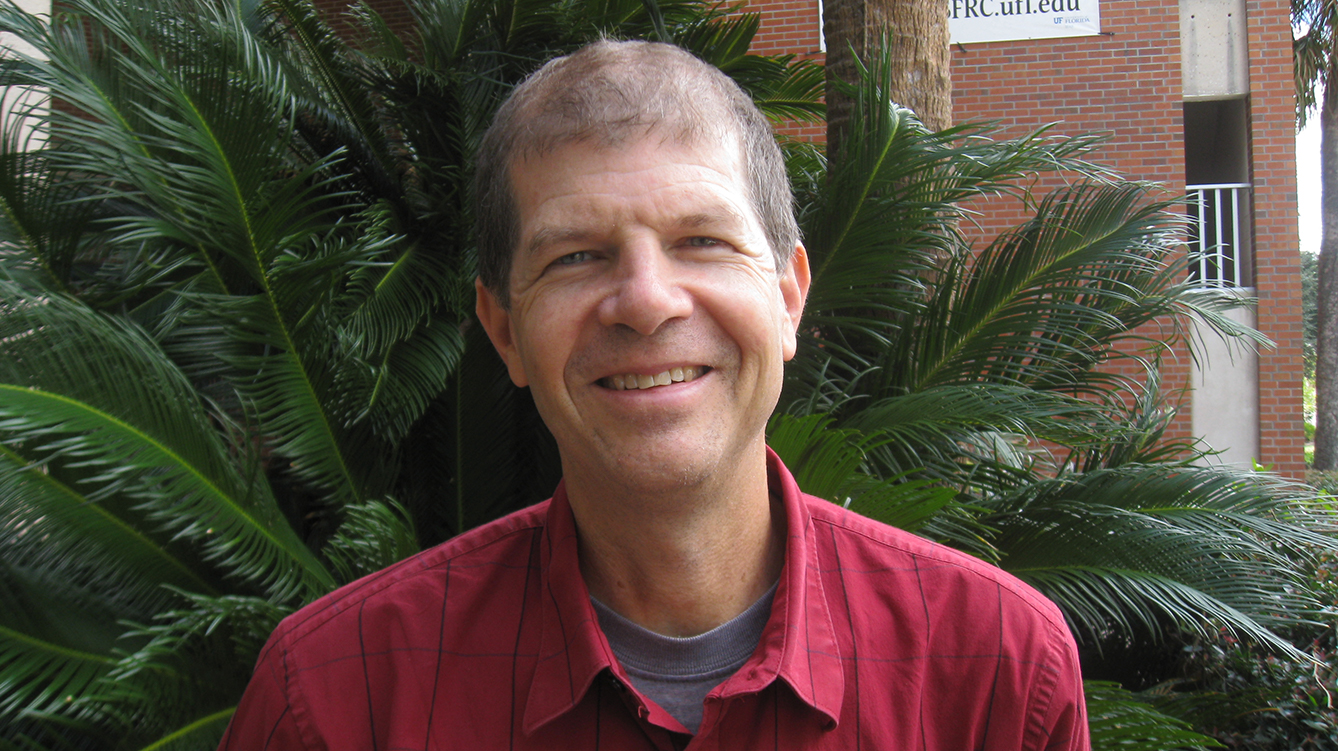 This is the first of a series of interviews with UF Wildlife Ecology and Conservation Department faculty and graduate students. We’re asking each person the same set of questions about their lives, their passions, and how they do what they do.

Dr. Hellgren is the chair of the WEC department. He started in research and teaching, and over time shifted to administration, working to facilitate the work being done by WEC faculty.

That’s a hard one, because I haven’t focused on one thing. Probably the collared peccary. Collared Peccaries photographed by a trail camera in southern Texas

As a master’s student I worked on reproduction in that species and we had a captive group. You get to know the animals, so I already had this sense of them on an individual basis.

They’re highly territorial, live in mixed sex groups, and have several interesting characteristics about them. I actually studied them in my senior seminar as an undergraduate.

You’d give a couple presentations on a topic. The theme of the semester was behavior and management of large mammals, so everyone in the class had to pick a large mammal.

Everyone was picking things like bison and rhinos, and I wanted something different, so I picked peccaries. They weigh 40-50 pounds and they classify as a large mammal. I didn’t know anything about them, and I ended up doing my master’s degree studying them because of this seminar. I was advising a student on a black bear project in northern Mexico. To get to the study site, most of the time we flew in a little single engine airplane.

I think it was March 11 or 12, 1993. People in Florida actually remember this, there was this huge storm that came across the country. It hit Cedar Key really hard, and well, they had two feet of snow in the smoky mountains.

So here I was in Mexico and southern Texas where it’s really warm most of the time, and we got in the plane. We’d normally go up six or seven thousand feet to get over the mountains and come down on the ranch, but the weather was getting worse and ice was starting to form on the wings and the windshield.

The pilot was really experienced, so he said, “I’ll go up above this”, thinking he could go over the clouds, but it just kept getting worse. He decided we’d better go down, so we got down lower.

He was in contact over the radio with my student, who was on the ranch in Mexico. We ended up landing on an airstrip, and he dropped me off. I only kind of knew where I was: I could put it on a map within fifty miles.

I got out. I got my backpack out. He took off to go back to Texas, and I went to a dirt road at the edge of the ranch and waited. I only had to wait for a little less than an hour before my student picked me up because she knew where I was from the radio contact, and we drove a couple hours back to the ranch where she worked.

The next morning, we went out to a bear den. It was a beautiful morning. The storm had gone through, and it was super cold. In the middle of March at that latitude you don’t normally see this kind of weather. There was ice all over everything. And the bear: we went into her den and marked all the cubs. It was just a great experience. That was a big memory. I have to be really flexible with my job, and I want to be because people walk in, or the faculty and staff have things going on. I need to sign things. I might need to make a decision really quickly to help someone out. My calendar often looks like it’s pretty open, but it’s not, because often times I’m in here answering email and making decisions, and sometimes I’m out. That’s how I try to manage my time.

Sometimes I’ll put something on my desk to do the night before, and I won’t even look at it all day, because I’ll come in and see it but there’ll be an email or a phone call or something from the staff.

So I think in order to be effective at my job I have to be flexible.

When you were more focused on field research, how did you balance long periods in the field with your personal life? That’s a really good question. After I became a faculty member I was rarely in the field for long periods of time. The longest time would be a few days. Then, as I became more engaged and when I was teaching, less.

I think the balance is really important in your life for sure, but I would also say that at the beginning, when I was in graduate school, my PhD fieldwork was a solid 24 months. That balance started to take shape when I came back to campus and would just go to the field periodically.

Once I had kids, I was home most nights. That was really important for us as a family. But by then my graduate students were doing the fieldwork, so it just went to the next generation. They need that work, they need that training to go on in their careers. The times I went in the field with them it was for the fun stuff, not the drudgery that might take months and months.

So the key point here is that balance is really important, but at the beginning of your career you have to be able to work. Especially when you’re a graduate student and you’re focusing on one project primarily, because once you become a faculty member there other things on your time besides your fieldwork. You’ve got your teaching, you’ve got your family and other responsibilities. Usually I read fiction, but right now I’m reading a book called The Mortal Sea. The author is W. Jeffrey Bolster. It’s about what’s happened to the North Atlantic fisheries from when European colonists came over in the 1500’s, up until around 1900.

What’s interesting about it is the collapse of every fishery. Herring. Salmon, which were basically gone in the Atlantic by the early 1700’s. Sturgeon. Cod. Lobsters, which are really coming back. Cod are kind of coming back. This book is the story of all these depletions.

It’s crazy that even with their limited technology people back then were able to impact all those populations.

What would happen is they would deplete locally with their more primitive technologies, then they’d get better. They’d get purse trawling. Seines. So they went from just handlining, to longlining, to seining and trawling. There was this decline so they couldn’t catch fish anymore, then they’d get better technology to catch more fish, but they were basically going down a level, then up in catch, then down again.

Oh, a bunch of faculty and graduate students.

Is there one piece of advice they would like to share with students who will read this interview?

Work hard. Reach out to faculty. Be positive. Everybody knows everybody nationwide in this field, so don’t burn any bridges.

Thanks to Dr. Eric Hellgren for sitting down with us.