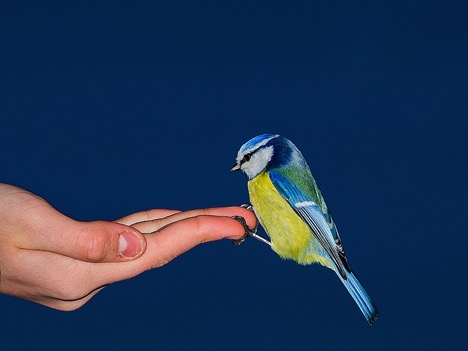 Trust me, I’m a wildlife biologist: Does the public trust wildlife agencies to manage wildlife?

Trust is the fulcrum from which society pivots. We trust that our plastic water bottles, soda cans, and paper products will be recycled if we place them in the correct bins. We trust that clean water will pour out of the faucet when we need a drink. And we trust that if we have an emergency, help will arrive after we dial 9-1-1. But do we, as a society, trust wildlife agencies to properly manage wildlife? Dr. Shawn Riley and his team of graduate students in the Department of Fisheries and Wildlife at Michigan State University have been working to provide an answer to this question by studying factors affecting public trust and confidence in the Michigan Department of Natural Resources Wildlife Division (MDNRWD).

Dr. Riley’s team started with asking the general public if they trust in the MDNRWD to manage wildlife. The result was an unexpected and overwhelming majority “Yes” response. The majority “Yes” response may have been the result of residents carefully considering the question, but may also have been a result of a lack of interest in wildlife by many urban residents who answered without much thought. In either case this result was contradictory to a large number of complaints from Michigan residents about the management of nuisance whitetail deer in residential areas. In an effort to reach residents who are interested in wildlife, or hold beliefs about wildlife, Dr. Riley’s team hosted 55 focus groups about trust and confidence in the MDNRWD by sending mail-based surveys to 6,825 Michigan resident hunting license buyers age 19 and older. These hunters were stratified by MDNRWD administrative regions (e.g. Upper Peninsula Region (UPR), Northern Lower Peninsula Region (NLPR), Southwestern LP Region (SWLPR), Southeastern LP Region (SEPLR)) (shown to the right). More than 2,700 surveys were returned from the various MDNRWD regions. The surveys asked hunters questions pertaining to three overarching categories: Interestingly, the survey also found that people with low trust and high trust were clustered together in similar geographic areas. This pattern shows that even nextdoor neighbors can hold opposite values for trust in the MDNRWD. For example, to one resident a whitetail deer eating an expensive ornamental plant may be a nuisance, and yet to another resident seeing deer in the neighborhood is a natural amenity and possibly a motivation for residing in the area.

Dr. Riley’s research has shed light on the issue of public trust and confidence in wildlife agencies. Survey results and anecdotal accounts from focus groups suggested that residents who have experienced positive interactions with wildlife agency personnel were more likely to perceive procedural fairness and trust the agency, or at least the local agency personnel. Alternatively, residents who experienced negative interactions with personnel were more likely to perceive procedural unfairness and consequently distrust the agency. Dr. Riley points out that each and every interaction between wildlife managers and private citizens is an opportunity for the agency to either build or erode trust.

In the U.S., all citizens are stakeholders in the management of wildlife and we should expect nothing short of technical competence and procedural fairness from wildlife agencies. As wildlife managers, we must strive to meet these expectations in stride and recognize the importance, in regards to trust and confidence, of every conversation and interaction with public stakeholders. After all, the saying goes “trust is like an eraser, with every mistake, there is less and less.” Dr. Shawn Riley, shown to the left, is a certified wildlife biologist, a scientist in the Partnership for Ecosystem Research and Management (sponsored by the Wildlife Division of Michigan’s Department of Natural Resources), a professor of human dimensions of wildlife in the Department

← Peat Habitat Loss in the Florida Everglades: Getting the Dirt on What’s Really Going on
To intervene or not to intervene: an individual-based approach to dynamics and persistence of the Florida panther population →