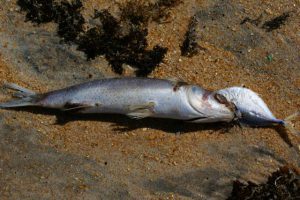 It is difficult to compare red tides from year to year. Available data for sea turtles and fish mortalities do not specify the cause of death. One set of data that is available is for manatees. The Florida Fish and Wildlife Conservation Commission has data for manatee mortalities, separated by cause of death, dating back to 1996. I have graphed the data for statewide manatee deaths attributed to red tide for each year. The year 2013 was a particularly bad year for red tide-related manatee deaths, with a total of 277. So far this year (through July 19), there have been 67 manatee deaths caused by red tide. 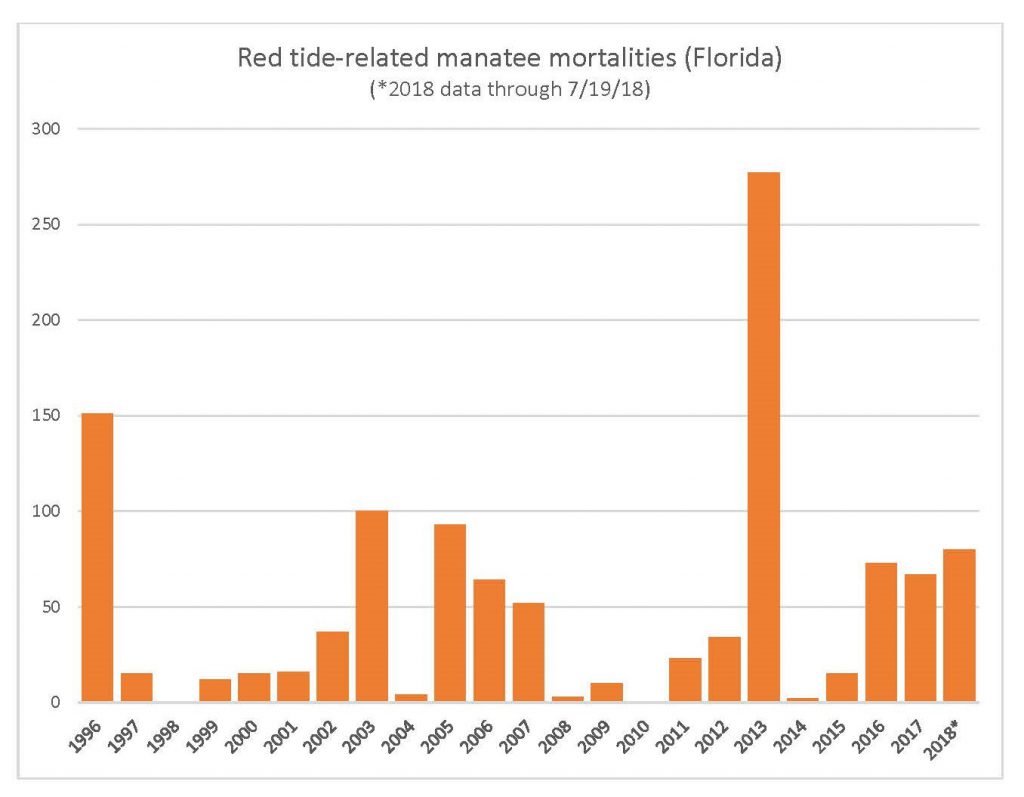