Take a sneak peek with this excerpt from the article: Cotesia congregata (Say) is a gregarious endoparasitoid that attacks more than a dozen species of sphingid caterpillars and a few known semi-permissive noctuid hosts. Semi-permissive hosts are not fully susceptible to the immunosuppressant polydnavirus associated with Cotesia congregata. Thus, they exhibit an immune response to some of the parasitoid eggs that are oviposited into the hemocoel, and may not always become parasitoid hosts. Its most notable host, especially in the southeastern U.S., is the tobacco hornworm, Manduca sexta (Linnaeus). This species of Cotesia has been widely used as a model system in insect physiology. It has also been used to examine insect learning in host-parasitoid-plant interactions. 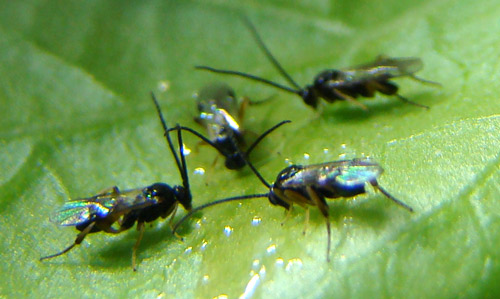