Take a sneak peek with this excerpt from the article: Several native and introduced species of flies in the genus Hydrellia (Figure 1) are important because they feed on hydrilla (Hydrilla verticillata L.f. Royle), an invasive aquatic plant that has been classified as a Federal Noxious Weed. Hydrilla has invaded aquatic ecosystems in Florida and across the U.S. Larvae of Hydrellia spp. mine the leaves of hydrilla. In Florida, there are four species that have been associated with the invasive aquatic weed hydrilla: two native species and two species that were introduced for biological control of hydrilla. The native species are Hydrellia bilobifera Cresson and Hydrellia discursa Deonier. The introduced species are Hydrellia pakistanae Deonier and Hydrellia balciunasi Bock. 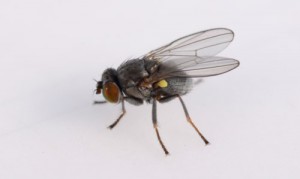