Everything you need to know about One Health

Last March, the United Nations Environment Programme (UNEP) joined the Food and Agriculture Organization of the United Nations (FAO), the World Health Organization (WHO), and the World Organization for Animal Health (OIE) to constitute the Quadripartite alliance for One Health (see the previous blog post on this event). Shortly after, they issued a new definition of One Health. This definition is the most recent step of a process started in 1964 when the term One Medicine, the first name of what will become One Health, was used to highlight the many similarities between animal and human medicines and to suggest that understanding them together was fundamental to address global health problems.

Forty years later at the “One World, One Health” conference, the twelve Manhattan Principles summarized a method to prevent epidemic diseases by focusing on understanding the strong relationships among humans, animals, and the environment. This resolution also highlighted the importance of including wildlife in public health programs.

“One Health is the collaborative effort of multiple health science professions, together with their related disciplines and institutions – working locally, nationally, and globally – to attain optimal health for people, domestic animals, wildlife, plants, and our environment.”

Comparing it with the definition issued by the Quadripartite shows how the concept of One Health has evolved in the past years especially due to the Covid-19 pandemic. The most recent definition reads:

“One Health is an integrated, unifying approach that aims to sustainably balance and optimize the health of people, animals, and ecosystems. It recognizes the health of humans, domestic and wild animals, plants, and the wider environment (including ecosystems) are closely linked and interdependent. The approach mobilizes multiple sectors, disciplines, and communities at varying levels of society to work together to foster well-being. It also tackles threats to health and ecosystems, while addressing the collective need for clean water, energy, and air, safe and nutritious food, taking action on climate change, and contributing to sustainable development.”

There are quite some differences! First of all the first sentence, saying “sustainably balance and optimize”, acknowledges that the world has a limited amount of resources and, more surprisingly, that the health of animals and ecosystems is comparable to the health of people. This idea is reinforced when it is clearly specified that everyone and everything’s health is “closely linked and interdependent”. Moreover, expanding on previous definitions, the Quadripartite recognizes the importance of going outside the academic and institutional world to include local communities in the decision-making process.

In addition to expanding the number of subjects covered and involved in One Health, this new definition extends the area of operation of One Health beyond physical health; supporting the idea that lack of physical illness is not a sufficient characterization of health. Indeed, it presents a more complete idea of health, similarly to the concept of Circular Health developed by Dr. Capua here at the One Health Center, which includes well-being (including mental, emotional, and social health) and collective needs. Interestingly, these needs are very similar to those used by the United Nations, the World Bank, and other international organizations to determine whether someone lives in poverty creating a connection between health and economic development. 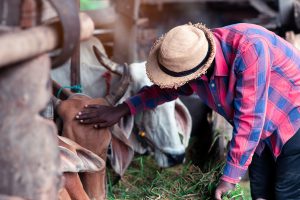 This connection is clearly established in the final sentence, where the Quadripartite extends the mission of One Health even further to include contrasting climate change and working towards sustainable development. This should not come as a surprise: from the beginning, One Health strongly promoted preventative measures to protect health and avoid diseases instead of curing them, rightly believing that it would be more efficient, reducing both psychological and monetary costs. In the case of climate change and economic development limiting the impact of the former, and promoting more sustainable and inclusive alternatives for the latter, is significantly better in terms of both human and economic costs than trying to constantly deal with the impacts of climate change or fixing the social, economic, and environmental issues generated by unsustainable development.

I hope that this brief history of One Health has not only opened a window into the past but also provide some guidance and inspiration for the future. We can apply One Health in our daily life to improve our health and contribute to the global health of people, animals, plants, and the environment.