What do ancient biological writers – like Aristotle – mean when they write about nature? Do they think that the natures of men and women are grounded in the body? Do they think male and female bodies are radically different?

Logically, both male and female should come into existence at the same time as the human species is created. Each is the complement of the other, each indispensable to the other’s identity. As a pair, they attest to the universal fact of gender in nature and assure reproduction of one’s own kind. The mythic imagination does not view matters this way. More often than not, woman is an afterthought, created as a secondary category following the emergence of man. Her ontological status is therefore not as self-evident or spontaneous fact. To account for her supplementary presence requires a motive, a reason, a purpose – in short, a myth. 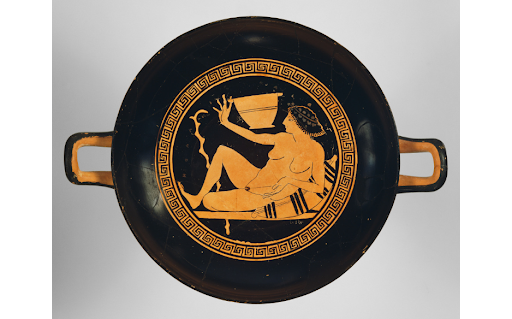 Until the eighteenth century, people in the West had views on sex and gender that were essentially the opposite of our own. While the moderns hold the biological body to be the bedrock of sexual difference, for the ancients men and women share the same body. The sharp polarity between male and female that we find in some stories like the myth of Pandora, disappears when we look at how the bodies of men and women were physiologically understood. One thing to keep in mind, though, is that ancient medical and biological texts did not necessarily play the same role in their societies that their modern counterparts do in our own. Thus, how relevant was the biological body to ancient medical and philosophical ideas about sexual difference?

In the Ancient Greek poet Hesiod, we find one genos and one group of people equal to the human. If we translate the Greek word genos as ‘gender’, we will not be referring to gender in the modern sense of the term, but rather to something more like our concept of ‘sex’. In any case, gender seems to have operated in highly reductive ways in ancient texts and lives, “reinforcing polarities of thought and laying constraints on how individuals expressed their interests, talents, desires, fears and hopes, as well as how they saw each other” (Holmes 2012, p. 25).

If we turn to the Greek medical writers, do they believe that the two ‘sexes’ correspond to two different bodies? If we consider, for example, the Hippocratic treatise Diseases of Women (add link here), we will be answering affirmatively that early medical texts did recognize differences between male and female bodies, at least differences related to health.

However, Greco-Roman medical writers also recognize continuities between male and female bodies. The male and female body is understood primarily in terms of its bodily fluids: bile and phlegm, blood and water, an indefinite number of “humours” (i.e., juices) defined by their qualities (acrid, sweet, salty and so on). The medical writers tend to explain diseases on qualitative and quantitative changes in these fluids under the influence of changes in the environment, food and drink, and the seasons. But while by the fourth century BCE, individuals were classified by the dominating humour which was defining the patient’s constitution, such ancient humoral theory was not used to divide male from female bodies. Therefore, the humoral theory, as explained by the Hippocratic writers and later by Aristotle – and indeed, as it continues to be adopted for centuries – is unmarked by sexual differences.

One of the most informative texts for what Greek and Roman physicians thought about the sexed body is the Gynaecology of Soranus, a Greek physician originally from Ephesus who was active in the early second century CE. In the third book of the treatise, Soranus refers to a medical debate about whether there are certain ‘affections’ peculiar to women. He writes (Gyn. 3.1, Ilberg 1): “the female sex, in the sense in which woman (gynē) constitutes a class (eidos), the female (to thēlu) a gender (genos).” He goes on to define what he means by ‘peculiar’ (‘that which does not belong to another’) and ‘affection’, which, importantly, is not simply a disease but may be something such as giving birth or lactation.

According to Soranus, the female sex has affections of its own, which are, for examples, conception, parturition and lactation. However, he does not think that there are specific diseases that affect the female only as a genos.

Soranus, therefore, talks about differences about the sexes that are relevant to the practice of medicine, rather than sexual difference in and of itself. Nevertheless, the uterus remains something that sets the female sex apart, as it continues to do in medical texts and commentaries in later antiquity and the medieval period.

Holmes, B. (2012). Gender: antiquity and its legacy. Oxford University Press.