The Small Antelopes with the Big Noses 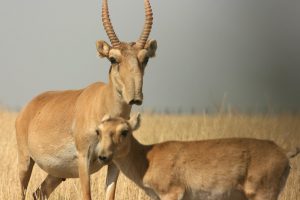 If you have ever watched the Star Wars saga, picture a goat with a large and flexible nose just like the eopie from the Star Wars planet Tatooine. That is the rare Saiga antelope. These unusual-looking creatures are critically endangered. Saigas antelopes occupy regions across Eastern Europe and Asia, living on the steppe from Russia to Mongolia. They live in large herds and feed on a variety of plants.

However, the populations of Saiga antelopes have significantly declined in their numbers due to a vast amount of direct and indirect threats. These mostly include anthropogenic hunting and poaching, one kg of horn can sell for up to $3,000 (https://medium.com/wwfhk-e/species-for-sale-saiga-antelope-e8b26df4b632). And another dark threat that has characterized Saiga antelopes are these mysterious and sudden mass mortality events that have hit their populations from the 1980s up until today.

Several mass mortalities have been recorded in Saiga antelopes since the 1980s, with one per year occurring between 2010 and 2014. The shocking event really occurred the following year, mostly because of the magnitude of dead animals all at once. In 2015, with a total estimated population standing at 250,000, 120,000 individuals were found dead. This type of finding was incredibly alarming for veterinarians and conservationists, as the knockoff of half of the viable population could have really been an extremely serious threat to the survival of the species (https://www.nationalgeographic.com/animals/article/saiga-antelope-killed-bacteria-2015-mass-die-off-central-asia-spd?loggedin=true). 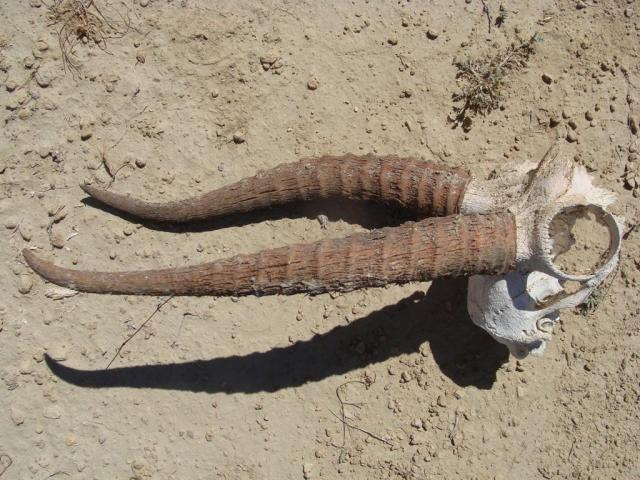 What could it have been? Perhaps a new bacterium, or virus? Or a pathogen caught at the wild/domestic interface from domestic goats, as humans started encroaching on the Saiga antelope wild habitats? But even more importantly, why was this one mortality event so large? Antelope species are susceptible to mass mortality, but scientists had never witnessed one so large that it was able to wipe out half of a viable population in the space of a few months.

This was worrying, and researchers started opening their eyes towards what drivers could have caused the magnification of the observed mass mortality. Don’t worry, I won’t keep you much on your tiptoes, scientists have found an answer, and it’s right in the next paragraph. 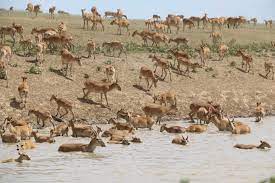 The incredibly large mass die-offs were ultimately linked to heat and humidity fluctuations (https://www.nature.com/articles/d41586-018-00959-w). The bacterium which was found to kill 120,000 individuals is Pasteurella multocida, a microbe normally harmless to Saiga antelopes. What turned the bacterium into a devastatingly lethal version were extreme changes in the environment. Saigas are extremely susceptible to high daily levels of temperature and humidity, and these extreme environmental changes have caused widespread infections from this bacterium to become lethal extensive outbreaks.

Once more, we are witnessing the inherent connection between multiple realms when it comes to health. The changes that are happening in the Anthropocene can affect so much more than we think. The threat of climate change is not only serious because we might experience a 2°C warmer summer, but because this global-scale transformation is acting on the single features of an ecosystem, which affect every single feature of the species and biodiversity living in it.

Like the scientists in the Saiga antelope mystery, we need to think of the big picture when we tackle this kind of issue. Solutions to co-advance planetary health really sit on the nodes and links connecting the different dimensions within our ecosystems.