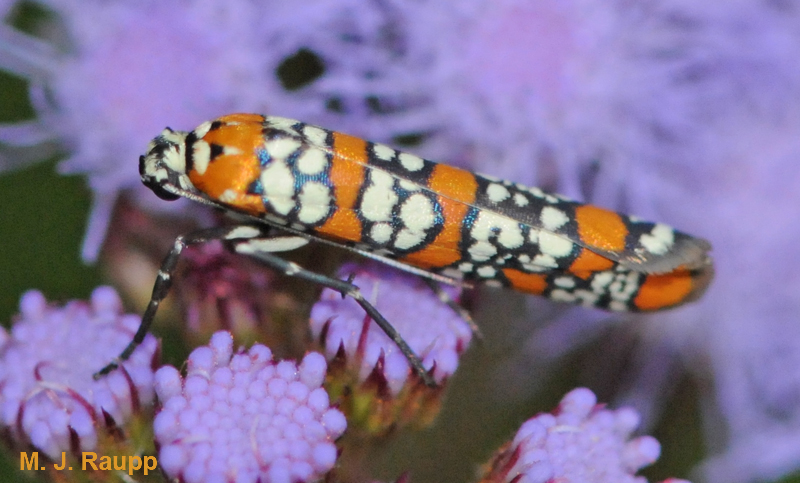 I found this interesting orange and black insect on my Spanish needle wildflowers.  What is it? It is one of the Ermine moths called an Ailanthus Webworm Moth, Atteva aurea. Because the moth tucks its wings close around its body, most people mistake it for a long, thin beetle. The adult moth was most likely feeding on nectar from the wildflowers in your yard.

The Ailanthus Webworm moth is found all along the eastern part of the United States. The moth larvae live mostly in webbing in groups on a tree called the Tree of Heaven (Ailanthus altissima). The larvae weave webs while they feed on the leaves.

These larvae are not the cause of the familiar webs we see on our forest or pecan trees because those are the result of feeding by fall webworms or army worms. The Tree of Heaven is also known as stinking sumac, Chinese sumac, varnishtree and stinktree.