A Tribute to Capt. Dan Clymer 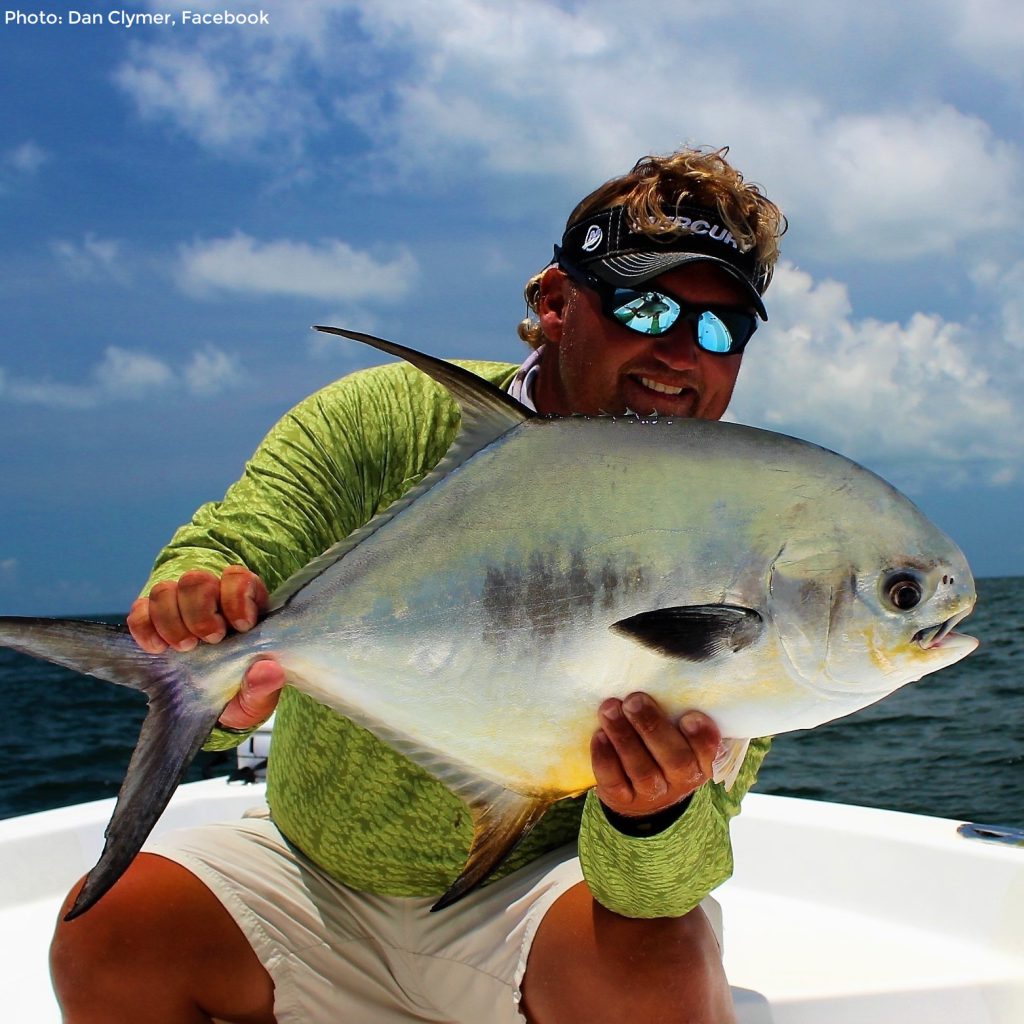 Last week, we lost a legend. You only have to take one look at his Facebook page to immediately know how many people deeply cared about Capt. Dan Clymer. The photos shared by those saying goodbye to him there also demonstrate a commonly known fact: he was a heck of a fishing guide. Capt. Dan gave countless people memories on the water that will last a lifetime. People who knew him also know that he gave back to his community as much as he could, every opportunity he got. This tribute touches on just a few things we at UF/IFAS appreciate Capt. Clymer for. Our work with him only scratches the surface of all he accomplished in his too-short lifetime.

At UF, several of us were lucky enough to work with Capt. Clymer on his efforts to give back. A huge supporter of the Citrus County UF/IFAS Extension office, Dan took new Extension Agent Sarah Ellis under his wing when she reached out to the fishing guide community with her idea for a series of small business workshops.

“Dan was an incredible person and guide. He welcomed me when I was a new agent with this crazy for-hire workshop idea. His buy in to the program is why it was so successful. He found value and learned in these workshops. He promoted the workshops and was always willing to help any way we needed.” – Sarah Ellis 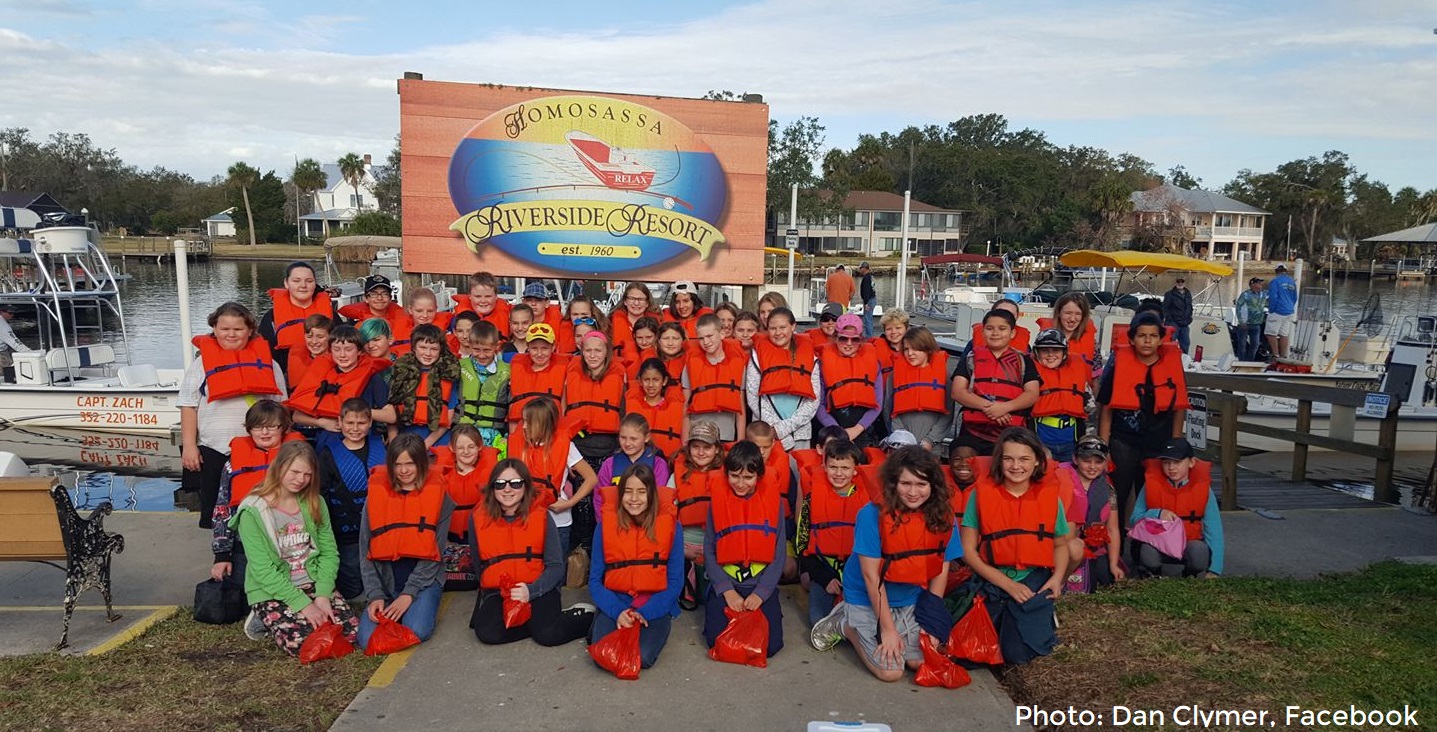 In 2018, Ellis nominated Capt. Clymer for the Nature Coast Champion Award, which he very deservingly won. Her nomination mentioned his work with the community such as coordinating a free fishing day for the entire 5th grade at the Homosassa Elementary School.  For some students, these free fishing days may be the only opportunity they will ever have to go fishing or be on a boat.  Every year, approximately 15 boats were needed for the ~90 kids and chaperones that attended. For years, Capt. Dan recruited enough guides to volunteer their time and equipment to take these kids fishing.

A guide of guides

Capt. Clymer also served a stint as the President of the Homosassa Guides Association, a professional group of fishing guides in the Citrus County area. A notable accomplishment during his leadership of this group is that, in response to their assessment that sheepshead were not as abundant as in the past, several guides committed to voluntarily reducing their take of sheepshead to almost half of the allowable legal limit. Shortly after, the laws were changed to lower the bag limit of sheepshead across the state, as the scientific assessment largely agreed with what the guides were seeing on the ground. Capt. Clymer was instrumental in getting guides on board with the voluntary lower take, a testament to the respect other guides had for him.

He was also a huge supporter of the Florida Friendly Fishing Guide program, serving as a reviewer for the course and promoting it to his colleagues. 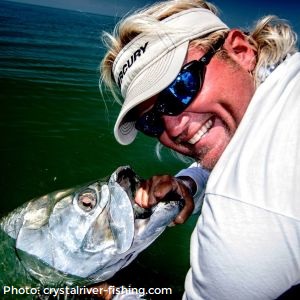 Collaborations among fishing guides and fisheries scientists are nothing new, but the dedication Capt. Clymer showed to repeatedly helping students and faculty with research projects stands out. Capt. Clymer helped with data collection efforts himself, but also recruited other guides to participate in studies. In one example, a Masters student studying the range expansion of common snook looked to Dan for help. Through his assistance, she sent guides out with kits to collect fin clips from adult snook caught during charters. Also, Dan used his deep knowledge of local waters to point her to where the young snook were hanging out, allowing her to sample an important life stage for the study. She used the samples in genetic analyses for her thesis, which she successfully completed in 2019.

“Dan Clymer was passionate about fisheries and worked hard to promote conservation and wise use of fishery resources. His partnership with us at UF provided great experiences for our students, and he proved that fishing guides can contribute strongly to fisheries research. He will be sorely missed by our whole team.” – Dr. Mike Allen

People like Capt. Dan Clymer are special, and we at UF/IFAS are so thankful that we had the chance to work with him and get to know him. A personal regret is that I was never to book a charter with this fishing legend, despite several tries, he was just that good and just that booked. The next fishing trip I take will be dedicated to him, as will the work we hope to continue with other guides in the area, many of whom we are in touch with thanks to Dan.