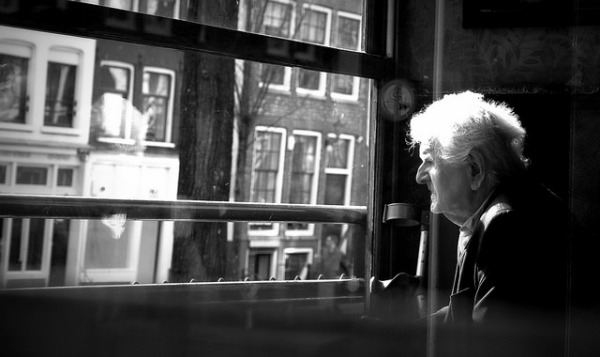 Is it Normal Aging…or Something Else?

It’s been a while since the last time you visited your grandfather, and you can’t help but notice that things have changed. It seems like he keeps asking you the same question he asked (and you answered) just minutes ago. He needs you to help him with his email–something he’s been doing solo for years. And when the two of you head out to lunch, you’re bothered by some deterioration in his driving skills.

At the same time, Granddad overall seems to be pretty independent, functional, and happy. Still, you’re worried. Is this the beginning of Alzheimer’s, or is he just really starting to show his age?

What are the Symptoms of MCI?

Though it would, of course, require a medical evaluation to be sure, it may well be that the grandfather in this story is showing signs of mild cognitive impairment, or MCI. About 10 to 20% of adults over age 65 are thought to be affected by this condition, which is more serious than typical age-related changes, but less significant than dementia.

People with MCI, by definition, are able to handle basic activities of daily living, like personal care, preparing meals, shopping, and housework. Still, they’re experiencing noticeable declines in various skills and abilities involving memory, language, and attention. They may be more forgetful or show poorer judgment and performance on common tasks. Some people with MCI develop depression or anxiety symptoms.

Many Do Not Develop Dementia

People with MCI are at increased risk of developing Alzheimer’s or other forms of dementia; however, this is by no means guaranteed. In fact, studies suggest that 40-70% of people with MCI will not have developed dementia ten years down the road.

No drugs are approved to treat MCI, but lifestyle changes can help. If the person with MCI has high blood pressure or diabetes, it’s very important to make sure these are well controlled, as they can worsen the condition. Regular aerobic exercise has been shown to be beneficial. It’s also important to stay mentally active and socially engaged in meaningful activities. Driving safety may become a concern, so friends and family should keep an eye on those with this condition.

Other Conditions Can Mimic MCI

Before diagnosing MCI, it’s important to consider whether other issues might be causing these symptoms. For instance, many older people take multiple medications that can cause side effects, including confusion or cognitive changes. Hormonal problems, vitamin deficiencies, cancer and other diseases or syndromes may also produce similar symptoms. Even uncorrected hearing and vision problems can contribute to symptoms that are similar to those of MCI.

Mild cognitive impairment is concerning, but fairly common among people over 65. There are ways to cope with it, and it should not be assumed that MCI inevitably leads to dementia. For more on MCI, visit the resources in Further Reading.

(Photo credit: Another black and with photo with an old man in a window by Cristian Iohan Ştefănescu. CC BY 2.0. Cropped.)

← Even Experts May Miss Signs of Autism
Recess Before Lunch? Why It Might be a Great Idea →