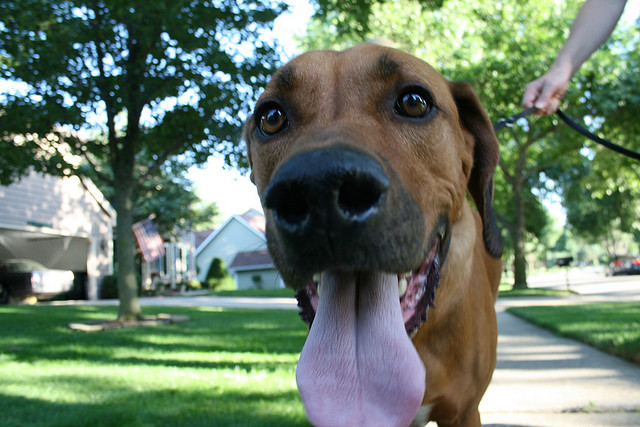 Woof! The Benefits of Dog Ownership for Older Adults

My work-from-home desk looks out through a window onto the street, and I’ve become familiar with certain joggers, walkers, and cyclists who regularly pass by my home. One older woman who lives down the street from us is out there not once, but at least twice and sometimes three times a day. The reason? She’s faithfully walking her little dog.

I thought about my neighbor as I read a 2013 study in the journal Health and Place about the effects of frequent dog-walking on adults over the age of 50. Researchers spoke to over 800 people, who had an average age of about 62. They wanted to find out if people with dogs tended to walk recreationally in their neighborhoods more, and if dog-owners felt more connected to their communities.

Researchers compared dog-owners with non-dog-owners, and dog-owners who walked their dogs frequently (4 or more times a week) with those who did so less often. It probably won’t surprise you to learn that people with dogs were much more likely to report walking for recreation in their neighborhoods. In fact, most so-called “frequent dog-walkers” walked at least 90 minutes a week, with many walking 150 minutes or more. This is quite a significant amount of physical activity!

Frequent dog-walkers also felt a stronger sense of community than others in the survey. For instance, they were more likely to agree that people in their neighborhood were friendly and willing to help each other out.

Why are these findings important? The level of physical exercise seen by the dogwalkers in this study is thought to be enough to help maintain cognitive function as we age. Many walkers reached the recommended minimum level of physical activity for adults of 150 minutes/week, which promotes physical health and fitness. Being socially engaged in one’s neighborhood and community can protect our health as we get older, too.

Of course, none of this means you should rush out and get a dog simply for the sake of your health. All the same, dog ownership can be a real positive for this age group—just as it can be for children, teens, and people with disabilities, as seen in other studies. Having a dog may be a practical or financial burden at times, but when dog ownership gets us out of the house, physically active, and into our communities, there are real benefits, too.

← Are You Hooked on Work?
Have You “Gone Numb” to What Your Kids See on the Screen? →