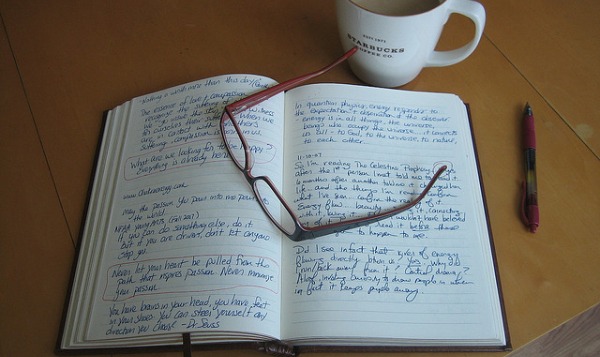 During Divorce, Does “Writing it Out” Help?

Have you ever kept a diary or journal? It’s something many of us do at some point, whether in a little book with a lock and key or perhaps on a computer or in a plain notebook. “Writing it out” is certainly a common way to process thoughts and feelings, especially when dealing with something upsetting or challenging. It can feel really cathartic.

In fact, researchers have recognized the potential power of journal-type writing for some time. When used therapeutically, the process is called “expressive writing,” and some evidence shows that it can improve psychological well-being.

Journaling While Divorcing: An Experiment

With this in mind, in 2013, researchers who wanted to find better ways to help people cope with the pain of divorce set up an expressive writing study with 90 participants. All those in the study had recently divorced, were newly separated, or were in the process of getting divorced.

Did Journaling Lead to Brooding?

The researchers thought that writing about the divorce might help people process their experiences and feel less upset about what had happened. Instead, however, to their surprise, the results showed that this type of writing did not seem to benefit the men’s and women’s emotional health. This was particularly true for participants who were considered high in “rumination,” meaning that they indicated they tended to brood or dwell on past mistakes. People who were strongly engaged in a search for meaning about why their marriages ended also saw negative effects from writing about the divorce.

And in another surprise, the same type of people who were harmed most by writing on the divorce—those who tended to brood or were searching for meaning—actually benefited from unemotional, factual journaling about their daily lives.

Writing it Out May Not Help

So, what does this mean for people who like to write or journal about their problems and struggles? It’s not clear if these findings are limited to people facing divorce or not. However, the lead study author suggests that it might be counterproductive to spend a lot of time reliving heartbreak, especially if you tend to dwell on things. To move on, we may need to focus on today, rather than going back over the past.

← The Link Between ADHD Medications and Academic Pressure
Can School Nutrition and Exercise Programs Help Kids Stay at a Healthy Weight? →