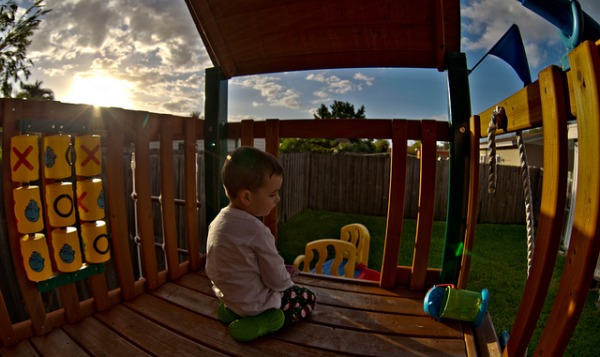 For Kids, Is There Such a Thing as a “Good Divorce”?

It’s always sad to hear about a divorce among the parents in our circle of friends. Though there are many reasons why marriages just don’t work out, these splits are usually pretty hard on kids, at least at first.

Can Divorce be Neutral?

Still, we also know that children can be resilient in the face of change. And individual reactions will vary quite a bit, depending on personality and circumstance. In fact, in the 1990s, some family scientists began to suggest that in certain cases, even absent situations like spousal abuse or extreme conflict, there could be such a thing as a “good divorce”–one with little to no negative effect on children.

For this to happen, these experts believed, parents needed to remain positive and low-conflict with each other. Both parents should also stay very involved in their children’s lives, making decisions together on how to parent. This way, it was thought, children might end up doing just as well as those in families where parents were still married.

There are certainly plenty of good reasons for divorced parents to minimize conflict, and for noncustodial parents to maintain contact with their kids. But is it true that these practices can effectively erase the effects of divorce? In a 2011 paper, researchers looked at parents, children, and teens from over 900 families. By asking moms and dads how they interacted with each other, how often the noncustodial parent saw the children, and how involved each parent was in daily decisions, they were able to group families into three categories: cooperative coparents, parallel parents, and single parents.

Cooperative coparents generally followed the commonly accepted guidelines for a “good divorce”—parents got along well, co-parented productively, and experienced little conflict. In parallel parenting families, nonresident parents saw children less often, and there was more parental conflict and less cooperation. And in single-parent families, the nonresident parent rarely saw the kids and had little influence on their lives.

So, how did children in each of these 3 groups do? Researchers did find that children of “cooperative coparents” had fewer behavior problems and rated their relationships with their dads more highly than children in the other two groups. However, on a host of other outcomes, such as school grades, self-esteem, drinking and drug use, and early sexual activity, these children did no better than those raised with single parents. And in many other areas, including happiness at school and life satisfaction, all groups of children of divorce fared about the same.

Does this mean that efforts to make divorce a less stressful experience for children are in vain? Definitely not. In fact, other research suggests that practices such as court-ordered mediation and divorce education classes, which aim to reduce conflict and improve post-divorce parenting, do have some positive effects.

However, it’s probably important not to become too invested in the concept of a divorce that is so “good” that children will emerge unaffected. The end of a marriage is still a highly disruptive change in a child’s life, and one that many children find very upsetting. Time, support, and efforts by both parents to remain available and positive can help children and teens cope with this new reality.

← Take the “Scare” Out of Halloween with These Safety Tips
Orthorexia: When “Healthy Eating” Goes Too Far →