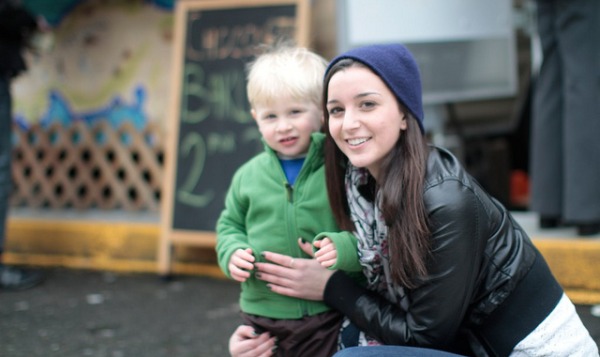 How Happy Are Today’s Single Moms?

When I was a girl, one of my best friends was another little girl whose mother was a very hardworking single mom. The girl’s grandmother was a neighbor of ours, and my friend was often at her grandma’s house because her mother worked full-time (and then some) as a nurse. The mom seemed pretty tired a lot of the time, and her car, an old red VW Beetle, often broke down.

Today, of course, single motherhood is much more common than it was back then. In fact, 40% of all births are now to unmarried women, though many of these mothers may be cohabiting or partnered. But is it any easier to be a mom on your own than it was back when I was a child? A study looking at the overall happiness of single mothers over the last 35 years suggests that it might be.

Researchers were able to use data from a survey that’s been administered to about 1500 Americans annually almost every year from 1972 through 2008. Respondents were asked whether, taken “all together,” they were “very happy, pretty happy, or not too happy” (p. 1222). On average, people tended to rate themselves as “pretty happy.” However, over the years of the survey, single mothers generally had a lower happiness “score”—they were more likely to say they were not too happy and less likely to say they were very happy.

But is this because of the stress of single mothering…or could it because of other characteristics they’re likely to have? In fact, it’s true that single mothers are more likely to be poor, in worse health, and nonwhite—all factors associated with lower happiness. But more importantly, they are, of course, single! In fact, the study concludes that being a single woman (with or without children) reduced happiness so much that the “happiness deficit” was explained almost completely by this one factor. In other words, it’s not the motherhood that’s the problem…it’s the “single” part.

But there was also some good news. Since 1972, the happiness gap between single moms and almost all other groups has decreased significantly. Why would this be? One possibility is that with the availability of legal abortion and a trend towards single motherhood by choice, more single moms today may feel positive about their situations. It also could be that today’s single moms are sharing more of the parenting responsibilities with dads, reducing their stress. Or it may just be that the stigma surrounding single motherhood has decreased notably since the early ‘70s—though, unfortunately, there are certainly still those who are negative toward single moms.

Although these findings suggest that other factors may be behind single moms’ reported lower happiness, there’s certainly no question that many single moms (and single dads!) find work and parenting a stressful balancing act at times. If you’re a single mom working to maintain balance in your life, the resources in Further Reading may be helpful.

← Get on Track for Seasonal Savings!
Changing Things Up at the Sports Concession Stand →