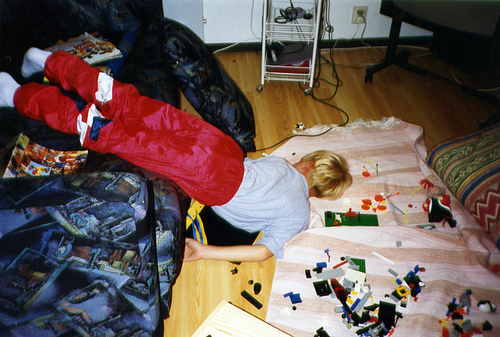 How Do Irregular Bedtimes Affect Your Child?

As much as parents enjoy spending time with their young children, most would admit that on some days, they also look forward to the magic moment of bedtime.

But in some households, bedtime doesn’t occur at any one particular time, and varies notably from one day to the next. How does this inconsistency affect children? A recent study of more than 10,000 British children published in the journal Pediatrics tried to find out.

Mothers reported on their children’s bedtimes at 3 different points in time, when children were three, five, and seven years old. Mothers and teachers also rated the children’s behavior, including whether the child had any hyperactivity, issues with peers, or emotional problems.

At age seven, children whose bedtimes had been irregular over the years were clearly showing worse behavior than those who had regular bedtimes. This pattern showed up in parents’ and teachers’ ratings alike, and held up even when factors like household income, TV watching, and mothers’ mental health were taken into account.

The good news was that the bad effects of erratic bedtimes seemed to be reversible. That is, when kids started off without much of a schedule, but then got into one, their behavior improved.

These experts believe that irregular bedtimes may disturb children’s brain development or harm their bodies’ natural biological rhythms, potentially causing behavior problems. Getting kids to bed at a regular time each night may help avoid these issues, and likely make life easier on parents as well.

← Is Divorce Contagious?
“Teens Today!”—Are Things Getting Worse, or Better? →