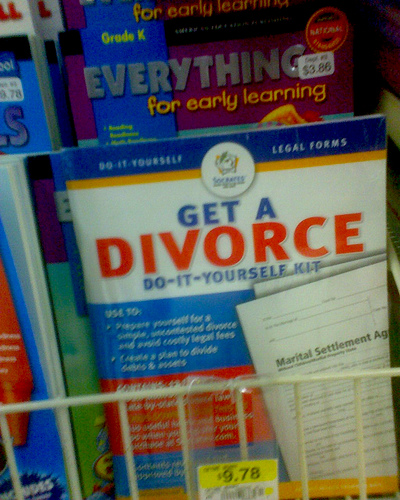 If you’re married, what do you consider the key to the health of your relationship? You might name communication, a strong foundation of friendship, or perhaps that monthly date night. However, it may not have occurred to you to look to your friends’ and family members’ relationships as a source of strength—or problems. But new research in the journal Social Forces implies that this just might be the case.

In this study of thousands of adults who nearly all lived in one city in Massachusetts, researchers followed participants for three decades, interviewing them every four years, and tracking when and if they married and divorced. Researchers were also able to keep track of divorces within social and family networks.

In this study, having even one close friend or family member who divorced increased one’s own risk of divorce substantially. Even having a “friend of a friend” get divorced raised the chances of a split. These results suggest that people whose friends and family members are less divorce-prone might be more likely to stay married.

Why would divorce be “contagious” like this? The authors propose that some people may watch as marriages end and decide that divorce isn’t as bad as they thought. We also know that other behaviors, such as childbearing and obesity, can be “contagious” in this same way. Whatever this phenomenon’s cause, these findings remind us that supporting the health of the marriages of those close to us is always a good idea–not only for their sake, but for our own sake as well.

(Image credit: Let’s Get a Divorce by Monochrome. CC license.)

McDermott, R., Fowler, J. H., & Christakis, N. A. (2013). Breaking up is hard to do, unless everyone else is doing it too: Social network effects on divorce in a longitudinal sample. Social Forces. Advance online publication. doi: 10.1093/sf/sot096

← “Smart Growth” Neighborhoods and Kids’ Fitness
How Do Irregular Bedtimes Affect Your Child? →

2 Comments on “Is Divorce Contagious?”