UF/IFAS Extension hosted a fantastic 4-H Potato Field Day at the Hastings Agriculture Extension Center on April 28, 2018. Whether it was the experienced farm-hand demonstrating a mechanical potato harvester or a youngster enjoying the delicious taste of homemade french fries, a great time was had by all. Whether young or old, there was something for everyone. The biggest draw was the potato grading line followed up with piping hot french fries fresh off the grading line and into the oil. While working this station, they had to remove any green, rotten, misshapen, or growth-crack potatoes from the healthy stock. Microscopes were set up to help the students identify common potato diseases that have been present in the area this season such as early and late blights. 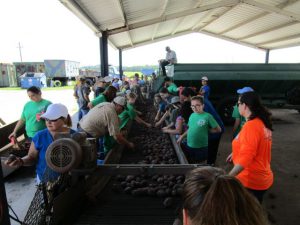 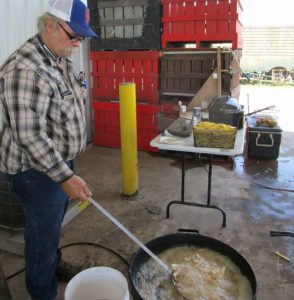 A new dimension of the potato field day was an opportunity to plant sweetpotato slips and take them home to grow sweetpotatoes over the summer months. They learned the structural differences between a potato (stem tuber) and a sweetpotato (root tuber), and how sweetpotatoes grow from slips or vine cuttings rather than seed potatoes. They learned about the science and nutrition associated with both potatoes and sweetpotatoes, and they discussed alternative ways to prepare meals to maximize nutrient retention and minimize fat in their diet. Instructors also made sure the kids were aware of all the other vegetable crops that we can grow here in Florida besides potatoes. Kids also had the opportunity to expound their creativity and artistically depict all the careers they could imagine that were associated with agriculture. 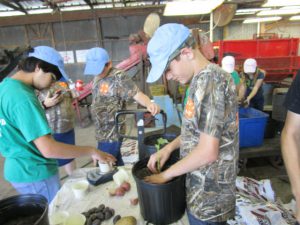 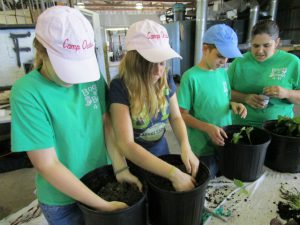 At the end of the day, potatoes were bagged and given to the kids either to sell in a 4-H fundraiser or to donate as a community service project for their respective 4-H clubs. The event was well attended and a concerted effort among the staff at the Hastings Agriculture Extension Center and faculty from all three UF/IFAS Extension offices within the Tri-County Agricultural Area including Flagler, St. Johns and Putnam Counties. 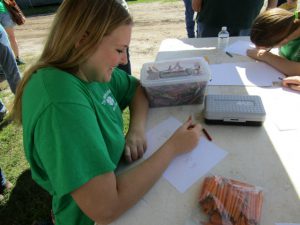 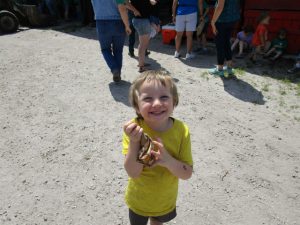