One of the programs we do here at Escambia County Extension Sea Grant is one focused on a Healthy Estuary. This not only includes improving water quality and restoring habitat, but it also includes having an abundance and diversity of fish and wildlife. If the bay is healthy – they will come. But on that same note, if the bay is not – they will leave.

Our fish and wildlife project focuses on monitoring creatures that were once common and, over time, have disappeared – arguably due to the decline of conditions within the bay. We are currently monitoring the occurrence of three of them, the bay scallop, the horseshoe crab, and the diamondback terrapin.

Many have never heard of a terrapin and did not know they existed. They are close cousins of the pond turtles we have all seen. But they prefer a world of brackish water. They are the only resident brackish water turtle in the United States. In 2005 we began searching for evidence that they might exist in our bay area, and they do. The next question is how many and are those populations stable.

To do this we train volunteers to conduct beach surveys looking for sign of nesting and heads in the water. Tracks and depredated nests (those dug up by predators) are the most common sign found. Finding a live terrapin is very rare. Some volunteers have been lucky enough to see, and conduct, a head count survey – but most have not seen one. Sea Grant is calculating a Frequency of Occurrence (FOO) of how often a survey yields some sign of terrapins. Between 2007-2012 the FOO went from 12-86% of the time a survey was conducted some sign (or terrapin) was found. However, this was only the Sea Grant Agent surveying, and the locations were few and where he knew he would find them. We estimated the relative abundance of the terrapins at these locations to be around 50 animals.

The project stopped for a couple of years due to other projects taking precedence but in 2015 Sea Grant began a citizen science project to conduct these surveys and numbers began to come in once again. From 2015-2018 the FOO was between 10-20% despite the effort of surveying doubling. We believe this was more due to volunteers learning how to do these surveys rather than the decline of terrapins. In 2018 Sea Grant began a partnership with the USGS to begin marking and studying the local terrapins to answer the question on how they are doing.

In 2020, we trained 21 volunteers who conducted 109 surveys in Escambia, Santa Rosa, and Okaloosa counties. No live terrapins were found but terrapin sign was encountered 25% of the time.

The team did get the opportunity to see a live terrapin when one was found, severely dehydrated, in the Gulf of Mexico. This male terrapin named “Lucky” was nursed back to health by the Navarre Beach Sea Turtle Conservation Center and released. We did mark the animal and collected tissue samples for USGS to conduct genetic analysis, before doing so. Six dead hatchlings were found at another location. They were apparently dug up by a predator who, for whatever reason, chose not to eat them. Tissue samples were collected from these as well.

It is hard to say whether the terrapins are making a comeback in the bay area – we were never sure how many were here historically. The FOO has increased from 10-25% since 2015. Again, we are not sure whether that is an indication that our volunteers are getting better at finding the ones who are here, or whether they are becoming more common, but we will continue this work in 2021. We hope to capture some live animals so that USGS can begin marking and tracking studies.

Volunteer training occurs in March with surveys beginning in April. The surveys involve walking beaches and, at times, paddling lagoons for about 2 hours/survey. We hope to survey each location three times a week and with enough volunteers, this effort can be spread amongst the group. If you are interested in becoming a terrapin volunteer contact Rick O’Connor at roc1@ufl.edu (850) 475-5230 ext.111. 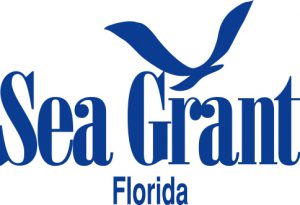