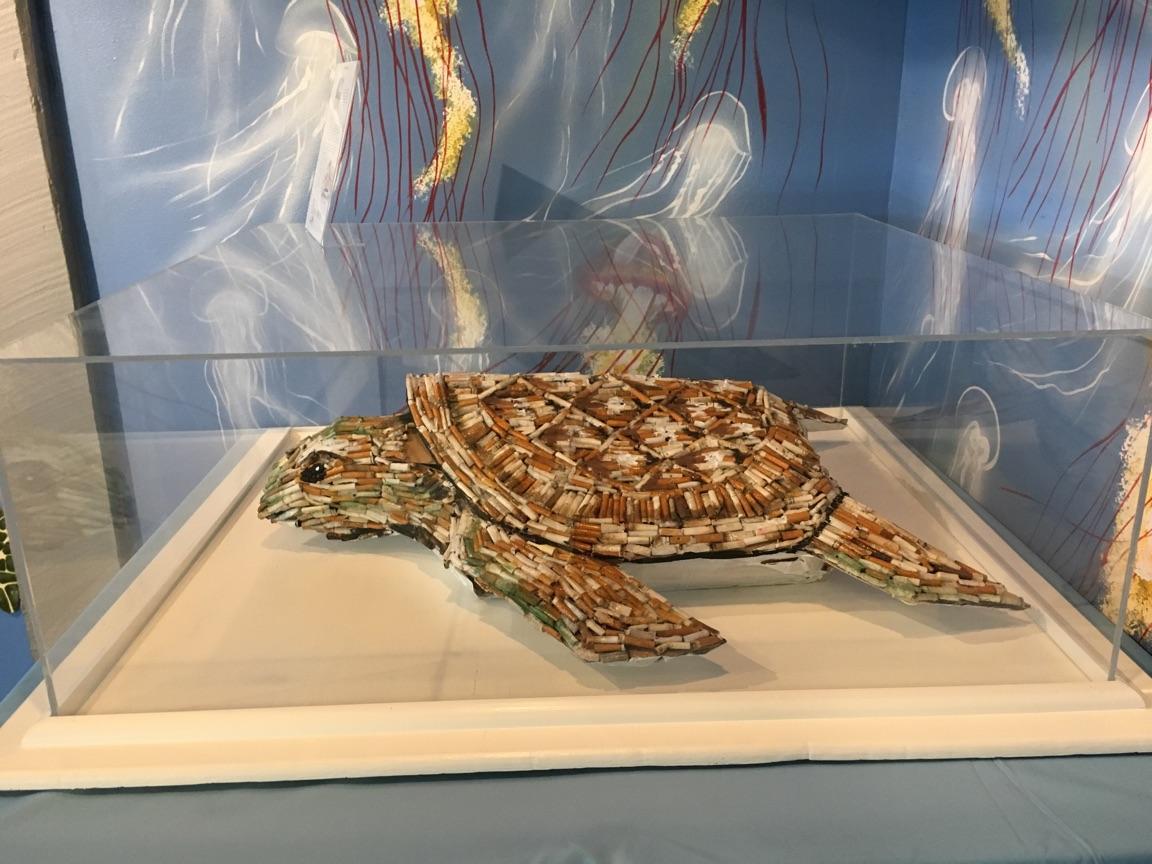 Marine debris is still a large problem on beaches around the world.
Photo: Rick O’Connor

However, we can say this – the problems have changed.  Many groups collect data while they collect the debris to determine what, and how much, has been collected.  This information can give folks an idea of what the major issues are.  Because of this data, aluminum can pull-tabs and glass bottles are not as common as they once were.  Communities saw they were a large problem and either removed them from the market or developed ordinances that banned them from beaches – this is certainly a success story.  There are agencies and researchers who compile solid waste data to let people know what they are throwing away.  Once we know this, we can be more effective at reducing marine debris.

Solid waste is not just a problem for coastal beaches; it is problem throughout society.  Landfills will fill up, and communities will then need another location, or a new method, to dispose of it.  Though the human growth rate has declined from 1.23% to 1.11% in the last decade, we are still growing and are currently at 7.5 billion humans on the planet.  Each human will require resources to survive and, thus, will generate waste that will need to be disposed of.  According to a paper published in 1990, humans were generating about 550 pounds of solid waste/person/year, which generated 1.3 billion tons of solid waste each year.  In 2009 that increased to 2.3 billion tons.

According to the U.S. EPA, 258 million tons of municipal solid waste was generated in the United States in 2014.  89 million tons (34%) was recycled.  This is an increase from the 30% reported in many environmental science textbooks 10 years ago and <20% 20 years ago.  Some states are doing much better than the national average, Washington reports they are now recycling 51.4% of their solid waste, and some nations are recycling more than 90% – so things are improving but there is room for improvement.

The graph produced from Ocean Hour’s data by Escambia County Division of Marine Resource Intern Ethan Barker, shows all of the items they have collected this year but the bulk of it is associated with smoking and eating.  Marine biologist and artist Shelly Marshall used 1200 cigarette butts collected by the Ocean Hour team to create a 3-foot sea turtle she calls CIG.  She then used plastic bottles and plastic bottle caps, again collected by Ocean Hour, to create a 5-foot “bottle”nose dolphin called CAP.  Both of these pieces of marine debris art are displayed at different locations in the community, and at community events, to educate the public about our marine debris problems. That is really up to us.  Again, agencies, researchers, and non-profits have been reporting on the problem for almost five decades now.  We will continue to produce waste, not much can be done there, but the question is what we will do with it.  The obvious answer is dispose of properly and recycle when we can.

Much of the debris is related to eating – wrappers, plastic film, foam cups, straws, etc.  Much of what we find is associated with this activity.

Ocean Hour will continue their efforts to remove the debris from area beaches.  If you can, volunteer to help now and then.  You can find their schedule at https://www.oceanhourfl.com/.

If Ocean Hour is not conducting a clean up in your area, consider having your own.  The Ocean Hour team can assist with the logistics of how to conduct one.