GAINESVILLE, Fla. — Students in the UF/IFAS College of Agricultural and Life Sciences (CALS) were recognized for their accomplishments and successes during the college celebrations held throughout the week of April 12-16.

In a year of uncertainty and change, CALS students were resilient and found ways to adapt and connect through online classes, virtual student organization meetings and events, and professional development opportunities.

“We are honored to recognize and celebrate our students each year for their many accomplishments and service to their university, community and agricultural and life sciences industries,” said CALS Dean Elaine Turner. “Our student award winners excel in their studies and involvement beyond the classroom, and they exemplify the college’s values of integrity, diversity, collaboration and service. We are proud to have them as students in CALS.”

The following students were recognized as some of the most exceptional in the college, demonstrating exemplary scholarship, leadership and dedication to UF and their community: Peyton Beattie, an agricultural education and communication Ph.D. student from Houma, LA, received the Jimmy G. Cheek Graduate Student Medal of Excellence. Recipients of this award are outstanding graduate students who demonstrate high academic potential and achievement, leadership and community involvement and commitment to his or her chosen field of study. The award is named after a former CALS dean and former UF/IFAS senior vice president for agriculture and natural resources. Beattie has published several refereed journal articles, presented research at more than 30 conferences nationally and internationally, served on the executive board for the Association for International Agricultural and Extension Education, and assisted in teaching five agricultural education and communication courses. Kylie Philipps, an animal sciences master’s student from Inverness, FL, received the Jack L. Fry Award for Teaching Excellence by a Graduate Student. This award is named after the former CALS assistant dean for academic programs and recognizes excellence and efficacy in classroom or laboratory teaching in addition to high academic achievement. Philipps collaborated with several organizations to supplement the six courses she has taught or assisted in teaching. Additionally, she coached the Intercollegiate Meat Judging Team and Quiz Bowl Team for the UF/IFAS department of animal sciences. Gabriela Sullivan, originally from Ocala, FL, was presented with the Wayne Reitz Medal of Excellence. This award, established in 1967, is awarded to an outstanding senior for distinguished scholarship and leadership. The award is named after J. Wayne Reitz, UF provost for agriculture from 1949 to 1955, and UF president from 1955 to 1967. Sullivan is a natural resource conservation student who helped create Positive Feedback, a science-mentoring program to mobilize university students in STEM fields to mentor 6th-grade students. She also spent summers in Mexico, Madagascar, Morocco and South Africa, furthering her interests in the intersection between environmental education, international conservation and international development. Jackson Dillard, a Jacksonville, FL, native, received the Larry J. Connor Medal of Excellence. The award, established in 1999 and named after a former CALS dean, recognizes a senior student who fosters diversity and has a distinguished academic record and a high degree of leadership. A nutritional sciences major, Dillard spent eight weeks in rural Peru, educating families about nutrition and health. Dillard also volunteers with UF Health’s Pediatric Neuromuscular and Rare Diseases Clinic, is an organic chemistry teaching assistant and works with children with disabilities through Gainesville’s TOP Soccer Program. Emilee Stump, from Lutz, FL, earned the CALS Alumni and Friends Leadership Award. This award is presented to a senior who has shown exemplary leadership, scholastic achievement and citizenship in departmental or college organizations and supports the agriculture, natural resources and life sciences industries. Stump is an animal sciences major who has served as president of Sigma Alpha, the secretary of the Florida Wildlife Disease Association Student Chapter and a CALS Ambassador. Additionally, she is a research assistant in the Lee Lab, where she furthers her interest in animal parasitology. Cayley Buckner, originally from Ocala, FL, was awarded the Emelie L. Matthews Award of Excellence. The award is given to an outstanding senior who entered UF as a transfer student. The award is named in honor of contributions made by Emelie Matthews, a former CALS employee of 35 years. As a natural resource conservation major, Buckner serves as an undergraduate teaching assistant for Spider Biology, an outdoor guide for the UF Travel and Recreation Program and was recognized as a Society of American Foresters Student Diversity Scholar, as well as the 2019-20 Outstanding Natural Resource Conservation Student. Allyson Fleischer, a student pursuing dual degrees in family, youth and community sciences and criminology from Palm City, FL, received the T. York, Jr. Medal of Excellence. This annual award is presented to an outstanding junior who exhibits a distinguished academic record and demonstrates leadership success. The award is named after a former UF provost of agriculture. Fleischer was named the 2019 Volunteer of the Year by Girls Place for her work with Gator for ReadingPals, the UF club affiliate of the ReadingPals education program. She currently works at Girls Place as an academic achievement counselor.

In addition to Sullivan, Jackson, Stump and Buckner, the following students were recognized as Top 10 Seniors in the college for outstanding achievement in academic performance and leadership success: 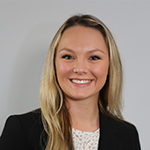 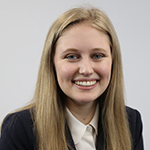 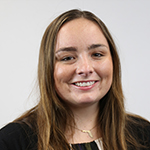 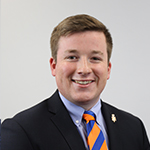 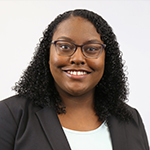 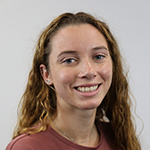 Finalists for the E.T. York, Jr. Medal of Excellence included the following juniors: 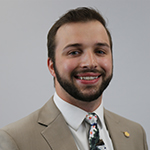 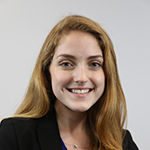 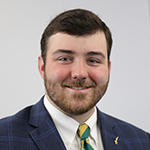