Skip Navigation or Skip to Content
Home » UF/IFAS Extension Suwannee County » Question Of The Day- What Is Clerodendron Indicum?

Question of the Day- What is Clerodendron indicum?

What is this plant?

A photo was recently submitted concerning the identification of a plant found in a cattle pasture. The owner was concerned about the possibility of toxic properties. After sharing the photo with several colleagues and the Extension Botanist, it was identified as Clerodendron indicum, commonly referred to as skyrocket, turk’s turban, or tubeflower. This plant can reach heights of six feet, with long, white, tubular flowers appearing in the fall. A calyx (a plant structure that protects the flower during development) is left behind. During winter months the calyx will darken to a red color and form bluish-black berries. 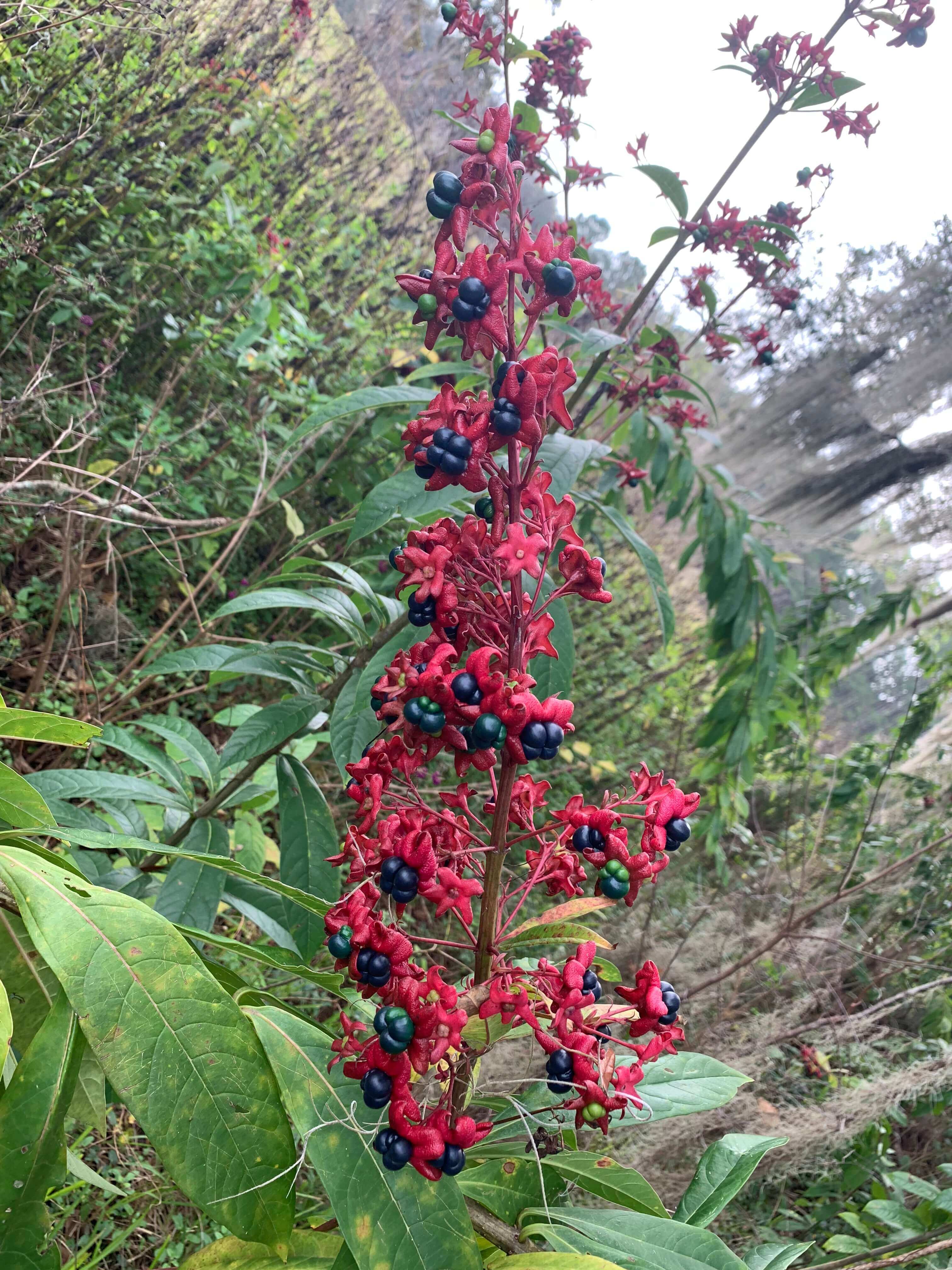 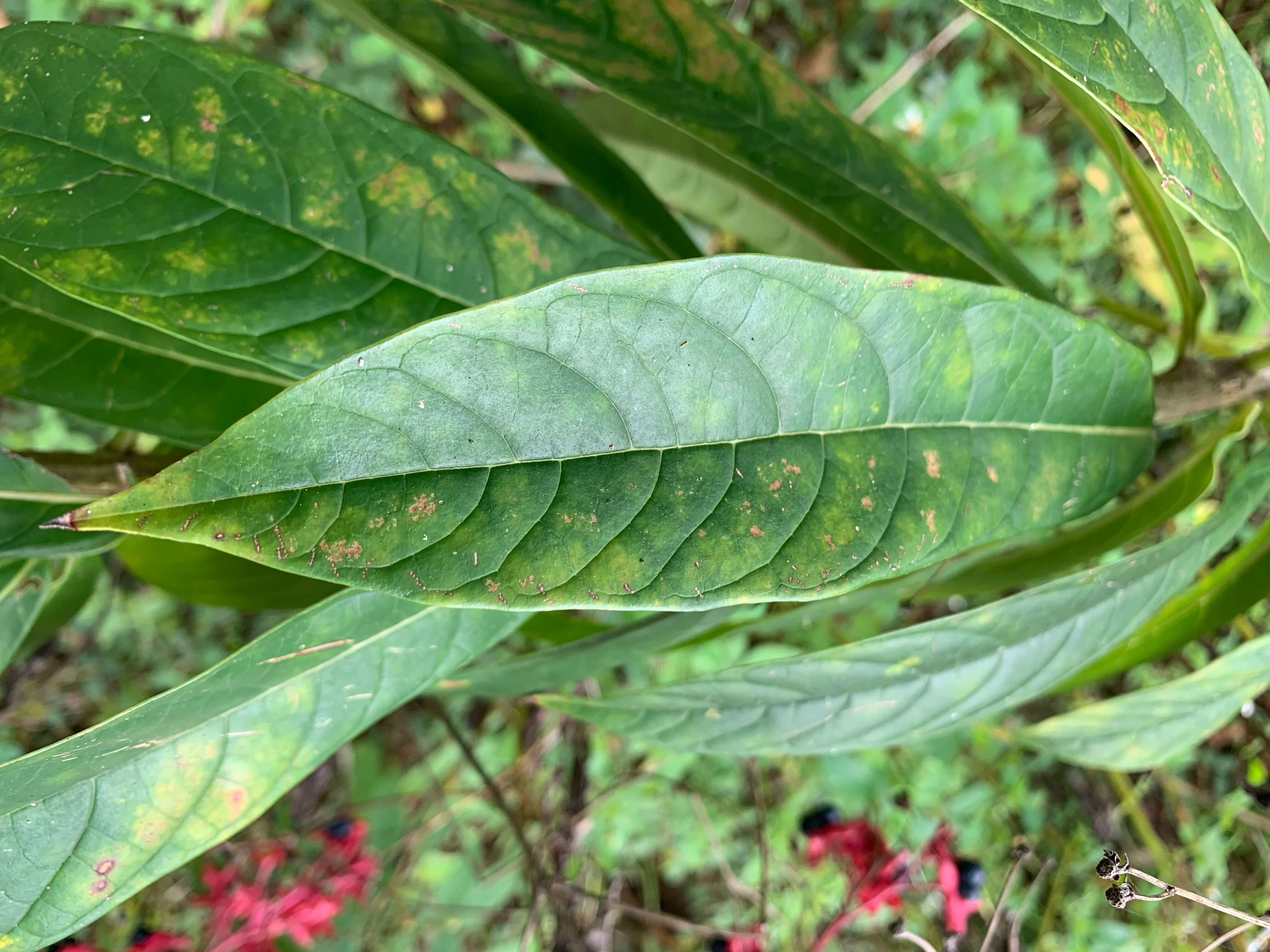 Is it toxic to people or animals?

No literature was found citing the potential toxic properties of this plant, so the short answer is no, it is not toxic. However, in a pasture setting it would be considered a weed and removal via hand, mechanical, or chemical is recommended.

Clerodendron indicum is not currently listed as invasive, however it is a non-native plant that has escaped cultivation and is commonly found in disturbed sites. Birds eat the berries and deposit the seeds in natural areas, spreading the plants around the state.