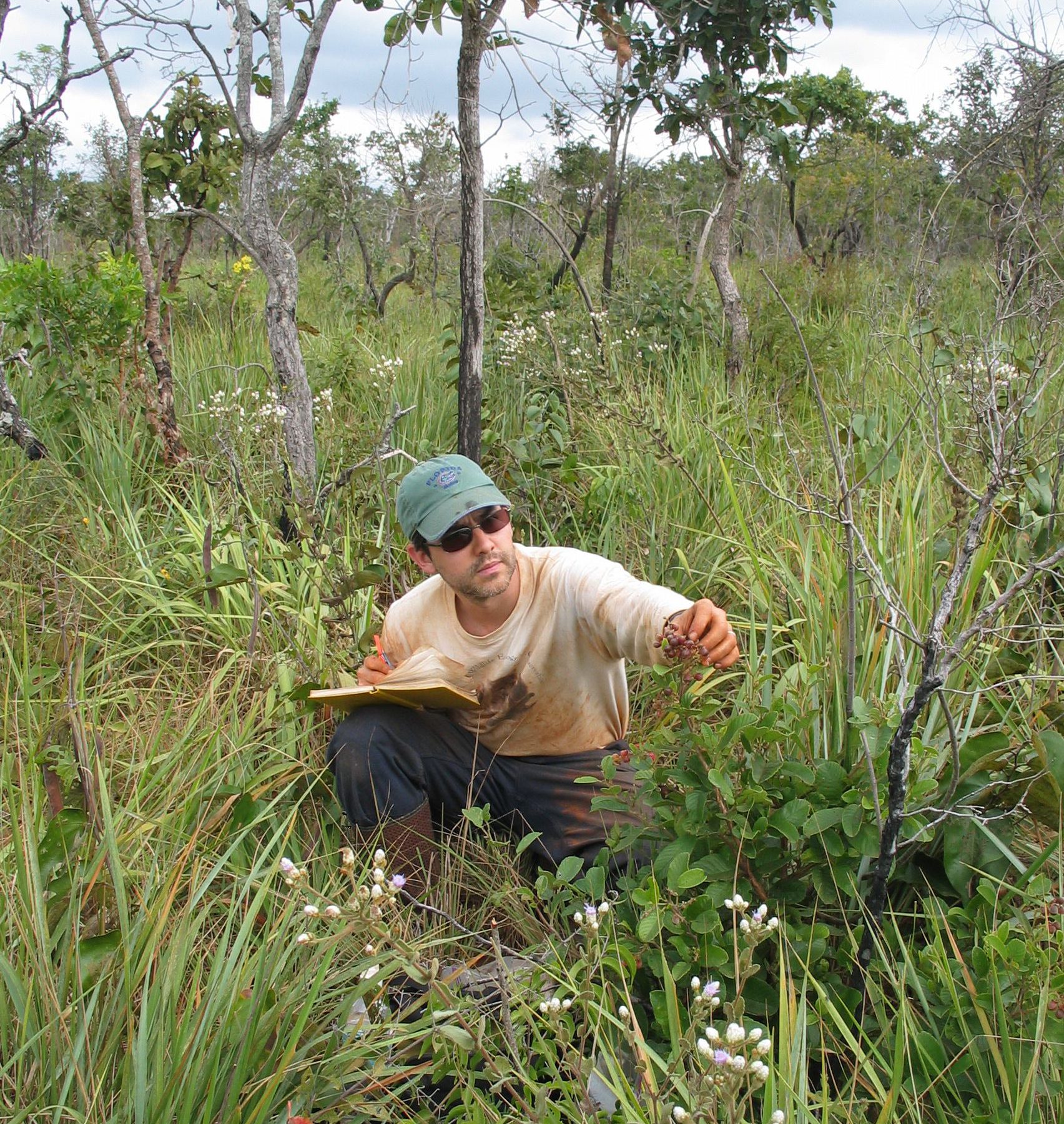 There is no origin story because I have always known that I wanted to do this. I am one of those annoying people who didn’t go through the existential angst about what I wanted to do with my life. As long as I can remember, I’ve wanted to do this. What I called it at different times was different. When I was a kid, I would read books about “naturalists”, so I said I wanted to be a naturalist. Then I learned I could be a “field biologist”, so I would call it that. The group of organisms I planned to study would vary depending on the book I was reading.

I think, if there is an origin story, it’s because, when I was a kid, my father was transferred to Venezuela for two or three years, so we lived in a city that was in the tropics, surrounded by forest. We lived in house with a big backyard, in the forest, surrounded by frogs and snakes. Chasing frogs all day long at 7 or 8 years old helped confirm what I wanted to do.

Are you from America originally?

I was born in Ciudad Juarez, which is on the US-Mexico border, on the Mexico side. My mother is from Mexico, my father is Cuban.

We lived for a while in Venezuela, then in Mexico City, for my dad’s work, then moved back to the border, so when people ask where I’m from, it’s a difficult question.

I always say I grew up in the southwest on the US-Mexico border. I graduated from high school in El Paso, Texas, which is 20 minutes by car from the city on the Mexican side of the border where I was born and where all my family were. A machete is always your favorite tool. Never go in the field without a machete and an emergency kit.

It depends on what work we’re doing, but my favorite tool to do fieldwork with is an 18 volt DeWalt cordless power drill with a landscaping auger. Basically what looks like a 2.5 foot long drill with a four inch drill bit at the end. We used it to transplant plants. We would be out in the middle of the Amazon, drill a perfect hole in the ground, pop the plant in and put the dirt back around it, then move on to the next hole.

They’re really cool. Think of a drill designed to make a four inch hole in the wall from three feet away. That’s what we got, it was really fun to use.

Why were you transplanting plants?

We were interested in finding out if they grew better in some types of habitats than others, whether they grew better near forest edges, or inside of forest fragments, or in the understory of forest far from the edge and changes associated with deforestation.

We were moving plants from one type of habitat to another.

I’ve studied some amazingly cool organisms. I did my master’s thesis on skinks in the south Pacific. I did research on geckos as an undergrad.

By far, the coolest organism that I’ve studied is the plant that we continue to do research on. I studied it for my dissertation. It’s this big, flashy, tropical, understory monocot, Heliconia acuminata.

When you think tropical flowers, this is it. It’s pollinated by hummingbirds.

I have a very soft spot in my heart for it.

First of all, I’ve spent seven years of my life staring at it!

It’s a great organism living in the dark tropical forest understory. It’s evolved incredibly cool interactions with hummingbird pollinators. It’s eking out a living on some of the crummiest soils out there. It’s beautiful.

It’s hard to think of plants as cute and cuddly, but if I wanted to go get beer with a plant on a Friday night this would be the one I would go with.

I was attacked by a rhea in the Cerrado of Brazil. The Cerrado a big savannah-woodland ecosystem just south of the Amazon. Rheas are big, flightless birds. They are called “emas” in Portuguese. Students had said there was one hanging out on the border of the reserve we were working in.

There’s a soybean field on the edge of the reserve. I had never seen a rhea before, so I wanted to go check it out. I walked out and, sure enough, there it was. It came up to the fence and started showing me that it didn’t want me there, moving around and ducking its head, but I was on the other side of the fence.

Then it started working its way through the fence, and I thought, “There’s no way this thing is going to break through.”

Then it managed to get one leg through, and its head under, so I started to back up. Then it made it through the fence, but I figured there was no way it would come at me, or anything like that.

I had just enough time to take off my fanny pack and take a swing at it.

Rheas have these giant claws, and it could have slashed at me, but it didn’t.
It kept trying to peck at me, and I was grabbing it by the neck, trying to fight this giant, flightless chicken off. I managed to shove it away and jump into the woods.

It was probably nesting and trying to protect its eggs.

It was pretty awesome. Afterwards, everyone made fun of me, because how does someone get attacked by this giant, flightless bird?
One of the cool things about doing fieldwork in the Amazon is that you occasionally get to see cool animals, so one time I stumbled across a giant anteater. They’re very hard of hearing, so I managed to follow it along for four or five hundred meters before it finally realized I was behind it, turned around, looked at me, and took off.

So those are the two wildest stories.

I don’t. I’m always trying to get better at it. It feels like I lurch from one deadline to the next.

If anybody has suggestions I’ll take them!

I don’t spend long periods in the field anymore. I used to, before I had kids it was a little easier, but once I had kids, it was harder to go away for long periods of time.

A long period of time for me in the field these days is a couple weeks if I’m lucky.

Skype and email are not a problem when you go into town, but one of the delights of going into the field is that you don’t have email sometimes, and can get away from all of that stuff.

You go back to town, make sure your family knows you’re ok, talk to your loved ones and check in with your kids.

It’s chill, good food, good music. I can live close to the university and still have a backyard that’s all woods. The people are great. I like sports and it’s a great sports town. Life here’s good! I’m reading some stuff for work, a book on integral projection models. I just finished a book called “American Tropics”, by Megan Raby, which is the story of the colonial origins of field stations in the tropics, and I just grabbed a spy novel by John le Carré.

I would tell myself to take more math and computer programming classes. Especially the computer programming. I wish I had been better trained in that. It’s turned out to be a big part of my job, these days, and I’m largely self-taught, which means I make lots and lots of amateurish mistakes.

I would like to see Sam Wisely answer these questions.

This is a great thing to do. I love working at universities. Working with students is phenomenal, and I’m excited every day when I come to work. There just aren’t enough hours in the day to do all the cool stuff that we get to do here!

Thanks to Dr. Bruna for sitting down with us.

Learn more about the work being done in the Bruna lab here.