High potential for cascading coextinctions in the 21st century

“If the biota, in the course of aeons, has built something we like but do not understand, then who but a fool would discard seemingly useless parts? To keep every cog and wheel is the first precaution of intelligent tinkering.”
― Aldo Leopold, Round River: From the Journals of Aldo Leopold 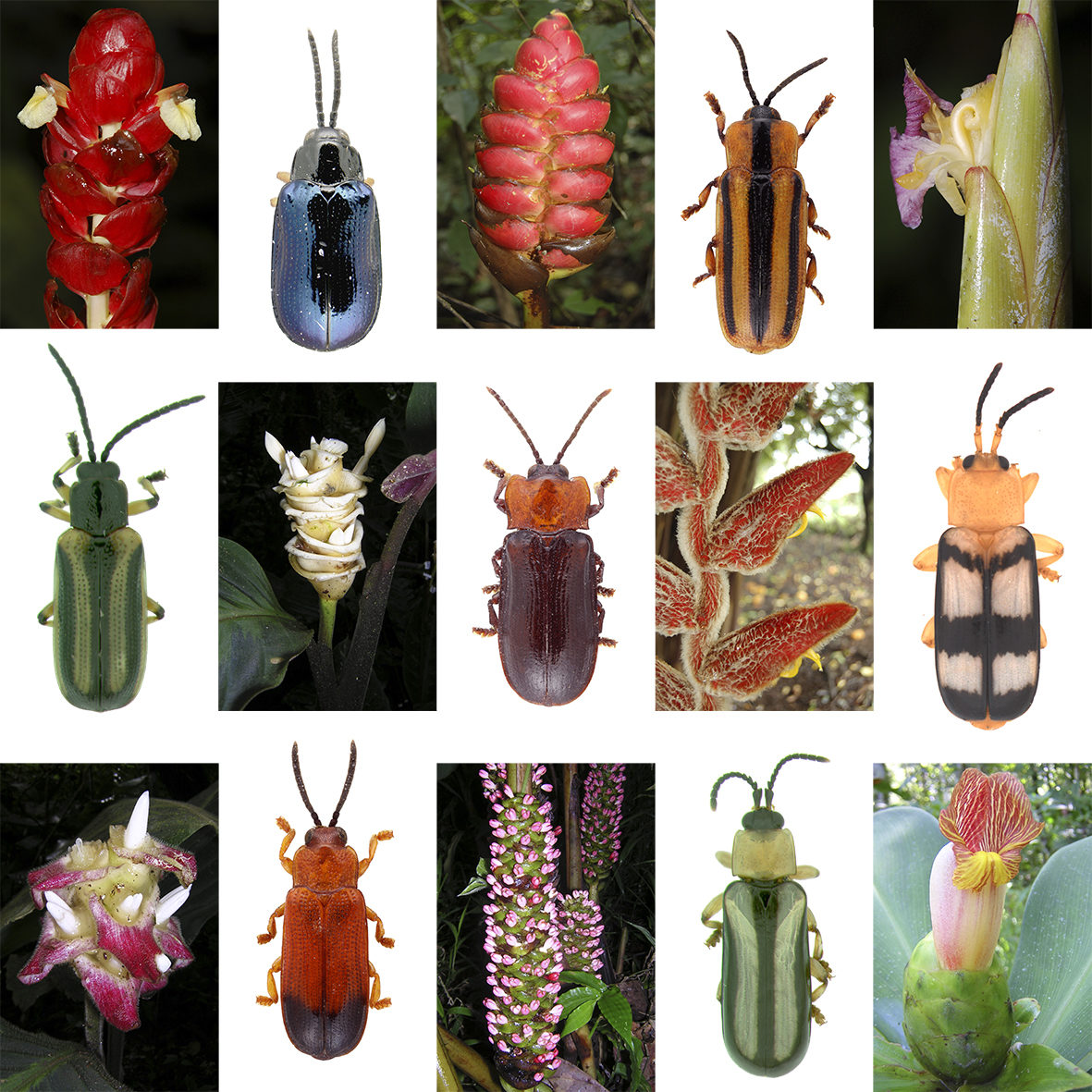 Species that have long been sympatric may evolve adaptations in which one species becomes wholly dependent on the other for survival. It is believed that instances like this are exceptionally common throughout the tropics. As we enter the Anthropocene, an era in which humans are the most dominant force influencing the natural world, extinctions have become common, and will continue to occur ever more frequently. When a host species goes extinct, species which once depended upon that species are forced to either rapidly adapt, or follow its host into extinction, a phenomenon known as coextinction. The occurrence of co-dependent species in some of Earth’s most threatened systems, and the subsequent potential for coextinction, could greatly inflate the rate of extinction over the next century.

Dr. Carlos Garcia-Robledo is renowned for his research on the influence of global climate change on coextinctions. His research, conducted throughout much of Latin America, but with special emphasis in Costa Rica, investigates the potential for future coextinctions resulting from the Earth’s changing climate. Specifically, Dr. Garcia-Robledo’s research investigates how the warming of tropical climates, and resultant changes in plant species composition along an elevational gradient, might influence numerous species of rolled leaf beetles, and the parasites they host.

Rolled leaf beetles are parasitic on zingiberales, an order of >2,100 flowering plants found throughout Earth’s tropical regions. The association between these two taxonomic groups was first noted by Dr. Donald Strong in 1977. Dr. Strong noted that individual species of rolled leaf beetle were host specific, with the same beetle species only utilizing a single host species, while others utilized groups of species. Dr. Strong also noted that some species of rolled leaf beetles appeared to change hosts in different geographic areas. These observations set the stage for Dr. Garcia-Robledo’s research.

Dr. Garcia-Robledo began his research by investigating the host specificity of rolled leaf beetles. Historically, this task was made difficult by the tendency of these beetles to be found clustered on just a few plants, which gave no indication of what plants were used to lesser extents. Utilizing new genetic barcoding technology, Dr. Garcia-Robledo was able to investigate the dietary composition of these beetles, and subsequently determine what other plants the beetles had fed on. Dr. Garcia-Robledo was then able to determine which plants were most preferred, and possibly vital, to which species of beetle. Taking his research a step further he investigated what happened to species-specific beetle diets across an elevational gradient. The results were a textbook example of how climate change may negatively influence Earth’s biodiversity. Dr. Garcia-Robledo found that beetle diet breadth decreased with increasing elevation. Therefore, if zingiberales are unable to colonize higher elevations, global warming may squeeze some beetle species into extinction alongside their host plant species. Results of Dr. Garcia-Robledo’s allied research found that in addition to dietary limitations, beetle ranges may be limited by thermal requirements. High elevation species were unable to adapt to warmer temperatures, eventually succumbing to exhaustion. Therefore, species occurring at the highest elevations may be locally extirpated, or pushed to extinction, if global warming eliminates their thermal envelope. To investigate potential methods of mitigating the implications of these results, Dr. Garcia-Robledo tested to determine if rolled leaf beetles could feed on zingiberale species from other regions with different thermal climates. What he found is that beetles were sometimes able to modify their diet, but typically only when the zingiberale species were closely related. This result indicates that, if zingiberale extinctions become imminent, rolled leaf beetle diversity may be sustained through the introduction of non-native plants. The application of these results is, of course, controversial. 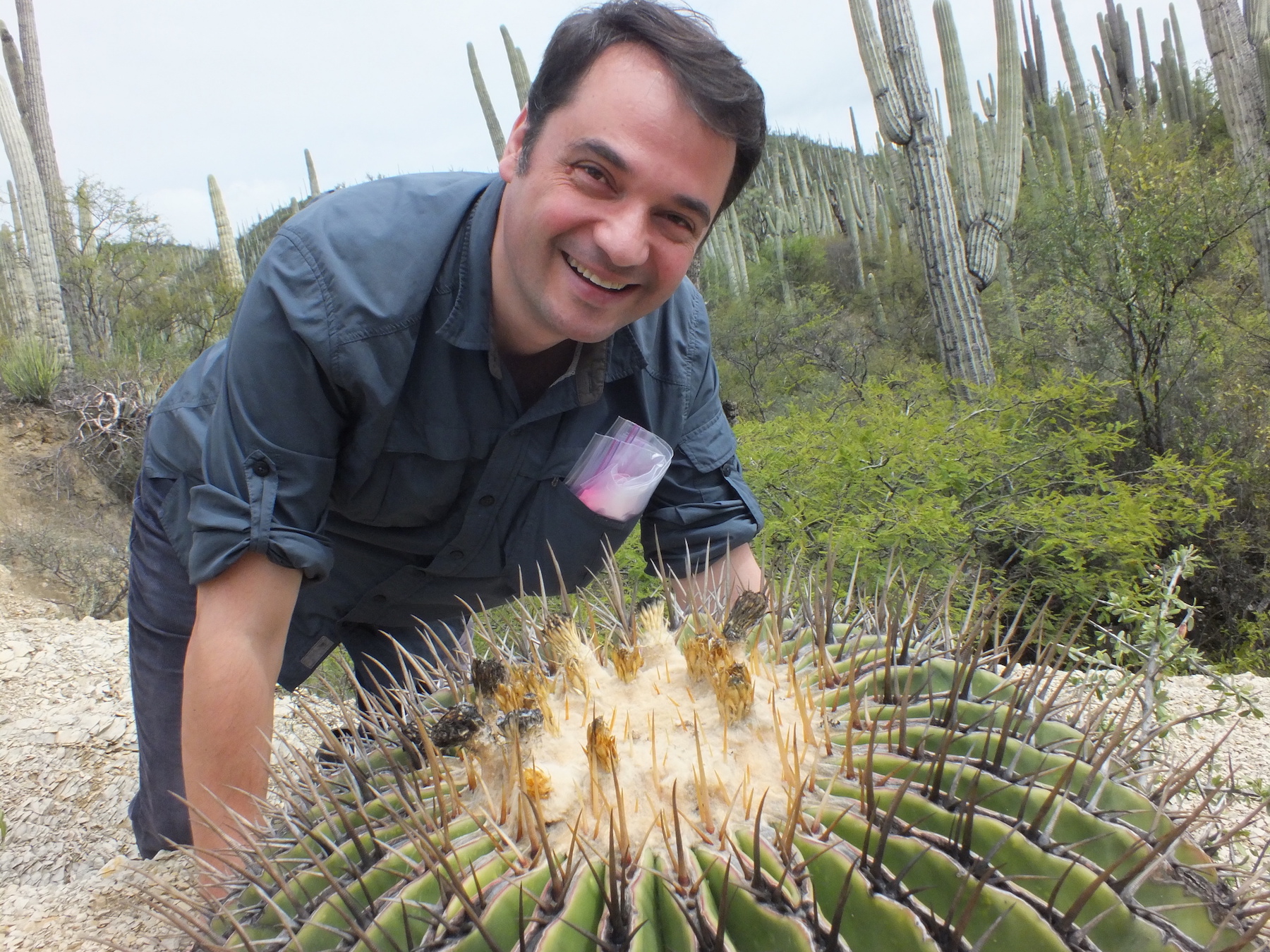 Dr. Garcia-Robledo’s ongoing research pertains to the potential effects of rolled leaf beetle extinctions on phoretic mites. Phoretic mites live on rolled leaf beetles, and are host-specific, commonly only occurring on a single species of beetle. These beetles glean harmful bacteria from the beetles, thereby benefitting both species. During Dr. Garcia-Robledo’s most recent field season he discovered 95 new mite species, showcasing the great diversity of species that could be lost if coextinction events are allowed to progress unchecked. Mite species were identified using genetic barcodes because of the high prevalence of cryptic species within this taxa. Future research into the bacterial composition of mite diets is in the works. Once completed, Dr. Garcia-Robledo will be able to approximate how zingiberale extinctions could lead to cascading coextinctions that would wipe out large suites of beetle, mite, and bacterial species.