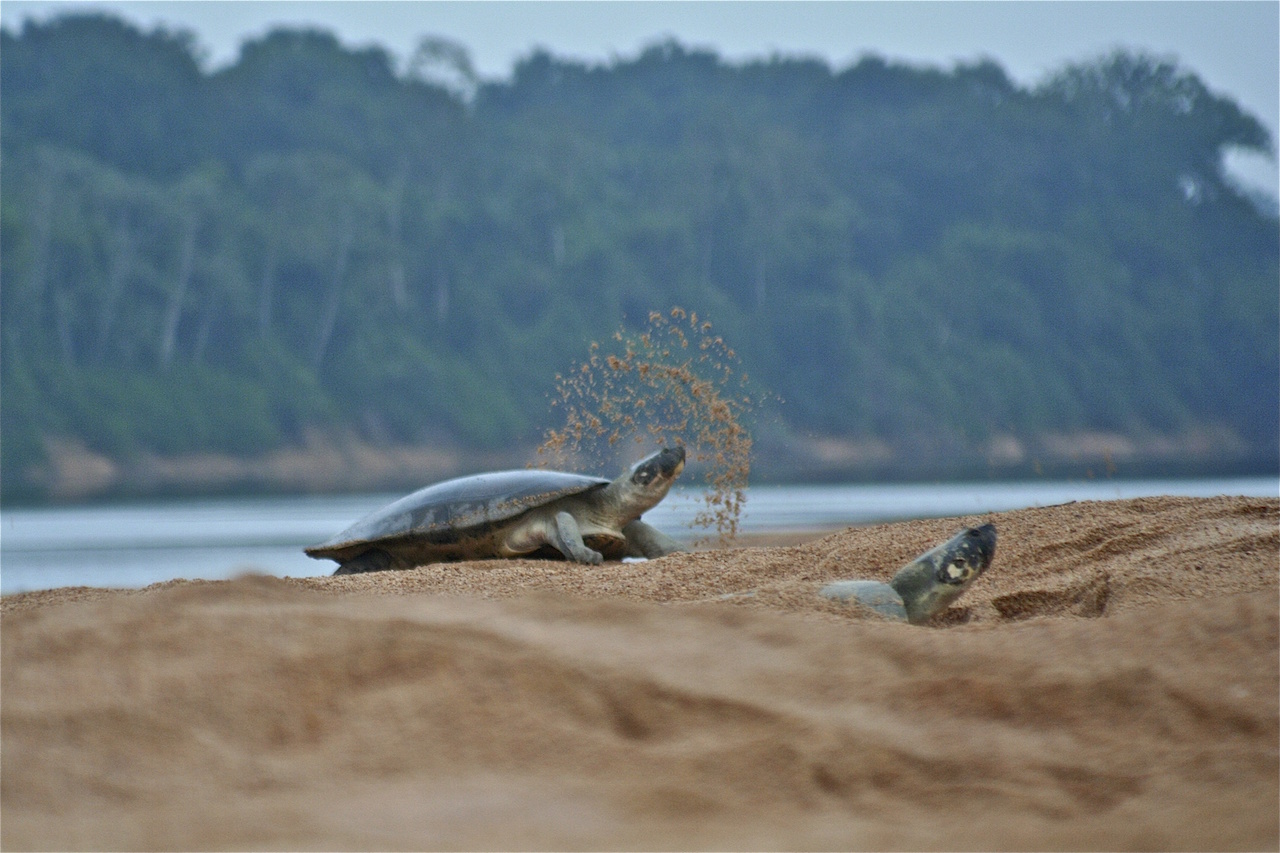 Grabbing Wildlife Conservation by the Horns

“Hunting and poaching can precede habitat loss as a threat to wildlife. Sometimes we can have a good forest cover but no wildlife,” says Willandia Chaves-Didier a Brazilian Ph.D. Candidate at the University of Florida who has dedicated her research to developing and measuring the success of conservation actions through a social program aimed at changing people’s behavior in positive ways.

“During her masters research she assessed the effect of reduced impact logging on bird communities in the Amazon, aiming to gather an enormous sample size to be able to capture a little bit of change in a very complex environment” commented Dr. Kathryn E. Sieving, Willandia’s advisor and a faculty member in the Wildlife Ecology and Conservation Department at UF.

“When she started her Ph.D. in my lab.” Dr. Sieving says “She said she knew that counting animals is not going to save wildlife, but she didn’t know the solution. She told me to leave her alone for a year and she would come up with an approach that will make a difference for wildlife. After a year, she came back with the plan for her PhD research and now, after some years, she has done it”. Her findings show that people from rural areas consume more wild meat than people in more urban areas. Also, most of the people interviewed in Willandia’s study think that wildlife is important because it can provide food and income. People with higher incomes consume more river turtles, which can cost as much as 100 USD, because they are considered a delicacy dish to be served for special occasions. However, she also found that the locals consider the importance of wildlife in the ecosystems to be irrelevant, and that they do not believe in the concept of extinction.

Further findings suggest that participants in Willandia’s study prefer to consume more fish and turtles than another wild meat and that they appreciate wild meat more than domestic meat. She also discovered that farmers in her study area consume more wild meat than people with other occupations. In addition, her research found that there is a local market for the wild meat of mammals and birds, while external trade is focused on turtles. For another aspect of her research Willandia applied and evaluated the success of social marketing to try to reduce the consumption of wild meat. She used radio spots and radio programs, cars with speakers, posters, cooking books and courses (with domestic meat), environmental education pamphlets, and discount coupons for chicken to try to alter consumption behaviors.

The final report and peer-reviewed papers will be coming soon. However, Willandia’s hard work has already planted a seed of change in the behavior of the people in Tapauá. Her research has set the groundwork to make positive changes in the regulation of hunting and wild meat consumption and the reduction of poaching in the Eastern Brazilian Amazon.

← Bringing the “Magic” of Collaboration to Science
Dr. Charles J. Krebs: Seven Questions about the 10-year Cycle of Snowshoe Hares in Canada’s Yukon →