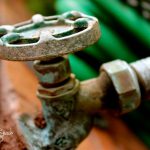 Mother always said “never be late” but in the case of certain muscadine (Vitis rotundifolia) cultivars, it’s good to be late.

Although muscadine harvest can begin as early as July, gardeners with late bearing muscadines are still reaping the benefits of fruit harvest and may until early October.

Northwest Florida gardeners often grow muscadines as a substitute for traditional grape (Vitis vinifera) cultivars such as ‘Concord’ or ‘Thompson’s Seedless’, since they are prone to Pierce’s Disease. In fact, muscadines are native to the southwest USA and resistant to a variety of insect and disease pests, so much so that they can be grown in the home garden without the use of insecticides or pesticides.

Planting time for muscadines depends on the type of plant purchased. If gardeners want to plant bare root vines, they should plant them between December and January, but containerized plants can be planted any time.

Before muscadines are planted, soil tests should be performed to determine pH. Muscadines can be grown in the pH range of 5.5 to 7.0, with the optimal level between 6.0-6.5. Since many soils in northwest Florida are highly acidic, tests should be done at least 3 months before planting. This will allow the addition of an optimal lime source Dolomite, which takes 3 months to raise the pH but also adds magnesium to the soil.

If this article prompts the reader to plant muscadines, refer to HS # 753 “The Muscadine Grape” for information about establishment, irrigation and fertilization.

Here is a list of recommended late bearing cultivars to look for when selecting plants.