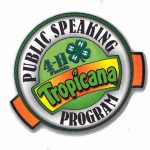 This is the season for fruit harvesting, particularly for those fruits in the rose family such as plum, quince, peach, pear and apple. Many avid home horticulturists have been enjoying the fruits of their labor, but some have been thwarted by an unlikely and ugly disease.

This fungal disorder, commonly called cedar-apple rust and caused by various species of Gymnosporangium, has the potential to ruin Quince, Pear and Apple crops in gardens throughout Northwest Florida. Early scouting and vigilance will pay off.

This condition begins on native juniper species (known as cedars). A spore producing gall forms on the branches of the cedar tree, which begin to produce spores during wet weather. Spores, once produced, can travel up to a mile via wind. If spores land on susceptible plant tissue when a film of water is present, it will germinate and infect the fruit, twig or leaf. Although black spots develop on the plant with in 7-10 days of infection, orange tubes called aecia won’t develop until 4 or more weeks after infection. Next, spores are released from the aecia located on the fruit tree and travel to infect new juniper plants . The infected junipers will not show symptoms until the next growing season but they can manifest as galls or orange ooze present under bark. Different species of Gymnosporangium will infect trees differently. Some live only for one year while others, known as ceder-quince rusts, can last up to 20 years. Twigs infected with this disease usually die within several years of infection. Although this may seem like an impossible situation, several control strategies exist.